Hi friends! We know we have a lot of friends and family reading this, and all those readers have really different levels of travel experience. I thought it would be nice to pass along some of the tips and product recommendations we have for international travel, and that means right now I’m going to talk to you about power outlets. Anyone traveling internationally for a first time in the 21st century probably has one main concern: how can I make sure my computer and phone plug into the wall?

There are tons of different types of power outlets, but if you’re an American reading this, you’re probably most used to this one: 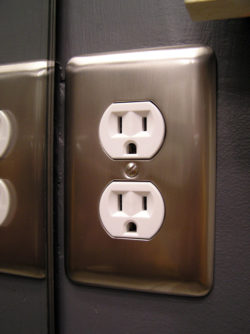 American power outlets, in all their glory

Unfortunately for us, outside of the U.S., Canada, and Mexico, almost no one else does. (The internet currently tells me that Japan does, but neither Charley nor I have any memory of that.) If you leave the continent, you’re going to have to worry about getting your plugs into the wall in foreign locations.

If you do searches online for foreign power outlets, you’re going to find out that there are over a dozen different types of foreign electrical outlets! I’m going to do you a favor and simplify things for you, though: don’t wade through the internet because 90% of foreign countries will use one of these two: 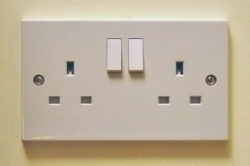 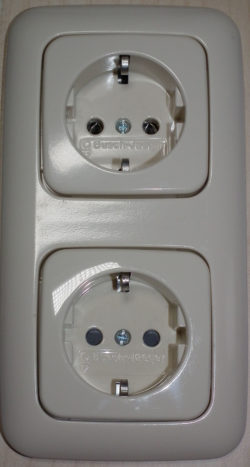 Most European outlets are this type

Almost any adapter you find in a store or online that says it’s a “universal” power adapter will work for you. Universal adapters, however, aren’t all created the same. Charley and I are big fans of adapters like this. A lot of universal adapters squeeze different prongs into a single box, but after you’ve plugged one of those into the wall and added your laptop plug, it can get so heavy that it starts to fall out of the wall entirely.

Once you’ve got your foreign power outlets ready for an American plug, you might find that you’re traveling with too much to fit into one outlet. When Charley was traveling with the World Scholar’s Cup, he and his team always made sure to have a couple of these on hand as well. With a few outlets and a pair of USB ports, you should be all set!

There’s just one last wrinkle to worry about: voltage. Electrical outlets in the United States emit electricity at 120 volts; most European and foreign electrical outlets emit electricity at 220 or 230 volts. In most cases, this won’t make a lick of difference. If you’ve got a laptop that you plug in, take a look at that little box between the plug and the computer itself: you should see a line that says that its “input voltage” is something like “100V-240V,” meaning that it can take any voltage from the electrical outlet and be just fine. Smartphones are the same way; they’re designed and ready to take whatever voltage you’ve got and turn it into usable power.

The one exception to this might be bathroom appliances. If you’ve got an electric razor or toothbrush, check carefully to see what voltage it can take. I definitely rendered an electric toothbrush useless when I tried to plug its charger into the wall without a voltage adapter! In most cases you won’t need one, but if you find yourself needing a voltage adapter, we travel with this one, and we like it. It has the bonus that the built-in prongs are actually already designed to fit European outlets, so often, we don’t even need a separate wall adapter. 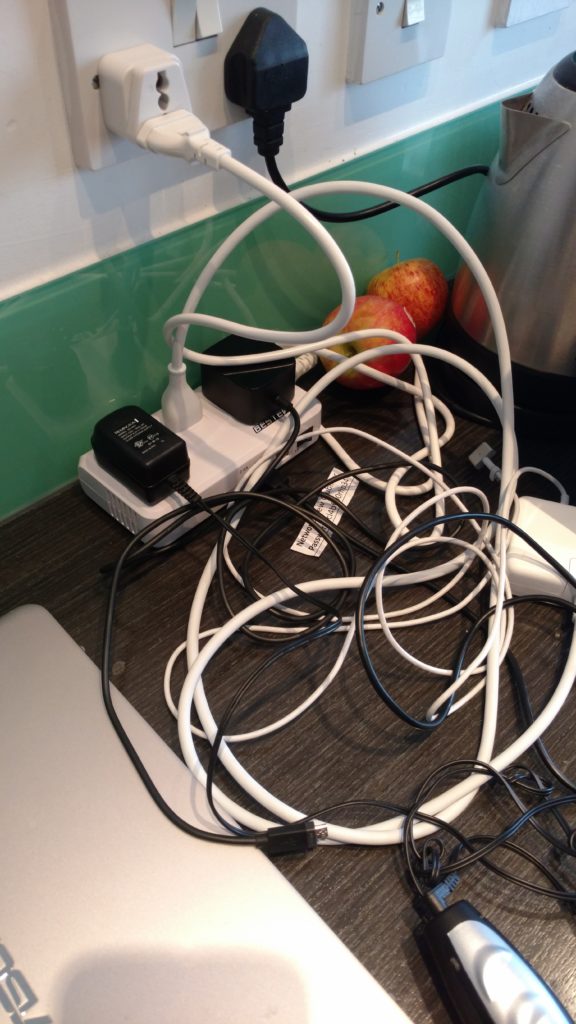 P.S. There are actually a couple other rare types of power outlets that aren’t quite compatible with the others, chief among them South Africa. It never hurts to do your homework!

A Month of Learnings