We arrived at the port in Tangier and headed straight to the Airbnb we had planned to rent for our stay there. Our first order of business was getting a local sim card for phone access, given that Morocco is one of the few countries NOT covered by T-Mobile’s international roaming agreement (nor Google Fi’s). Our first night was a doozy and we discovered two things: we had arrived during the Muslim holy month of Ramadan, and nearly all of the amenities in the apartment we rented simply didn’t work. The oven and microwave were literally placed into oven- and microwave-sized holes and were neither fastened nor plugged in. 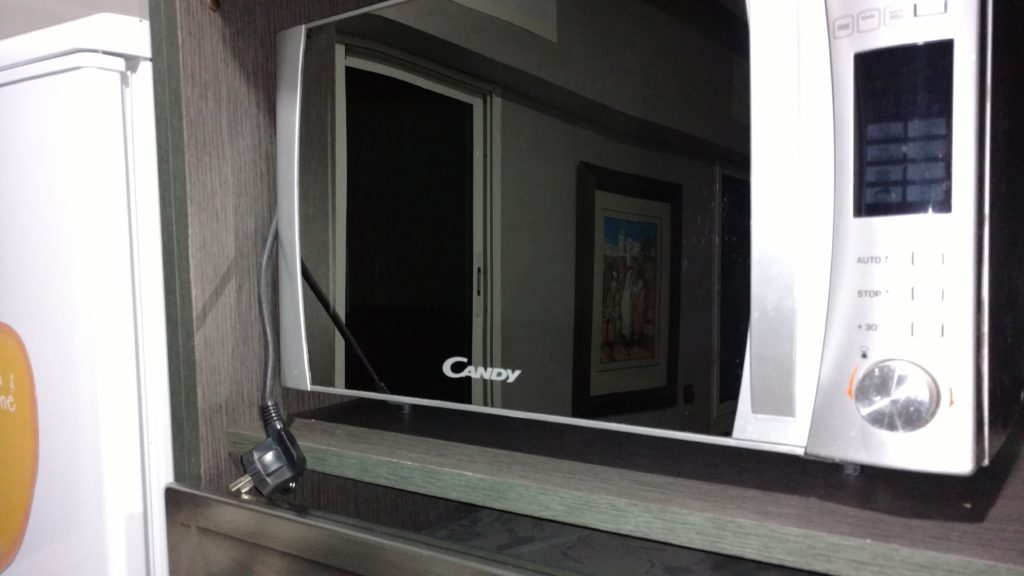 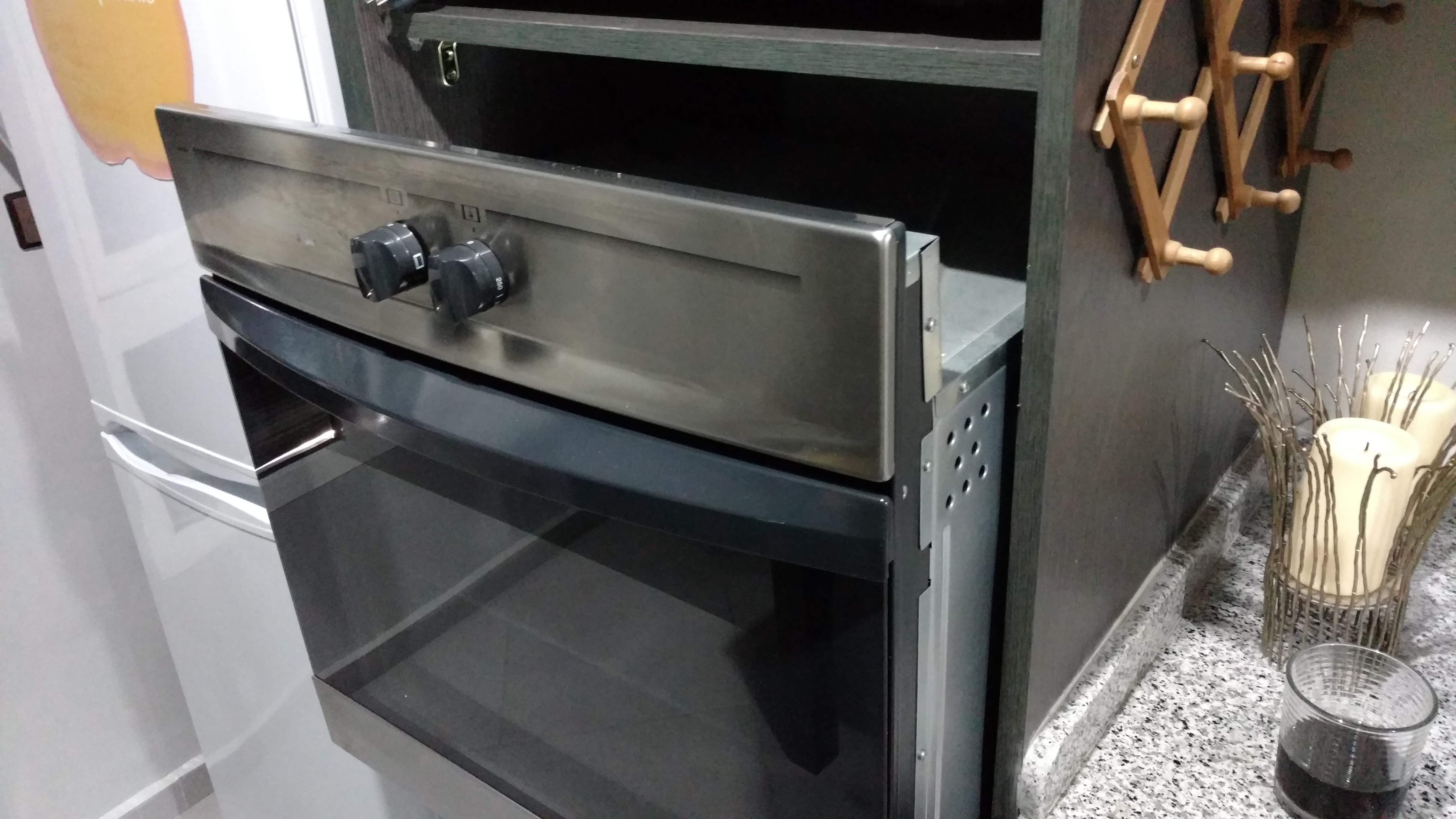 This microwave and oven were just placed onto shelves, and neither fastened nor plugged in. Hardly useful at all. Maybe they were just decorative?

The single biggest benefit of renting an apartment rather than staying in a traditional hotel is being able to cook for ourselves; with that off the table, we canceled the remainder of our stay there (earning nearly a full refund) and instead headed to a local hotel in a more active part of town.

Our new digs were much nicer, and we finally had the chance to acclimate to Tangier a bit. There were a few things making this substantially harder than any of our prior destinations: 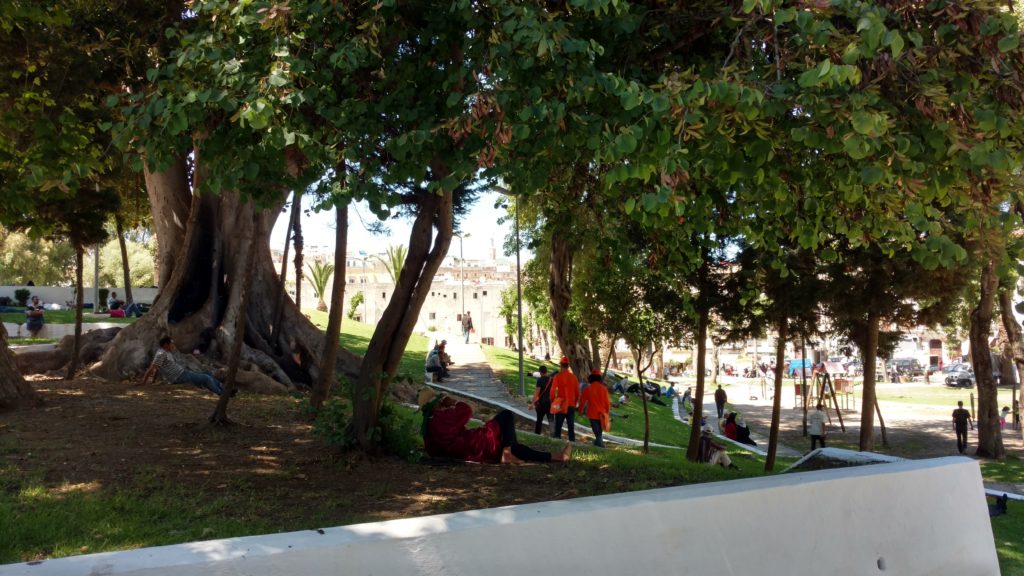 Ramadan on a hot day means you find a shady spot and just wait for sundown to fall!

Until being in Morocco during Ramadan, I hadn’t realized that during Ramadan, most residents of Muslim countries just invert their schedules. There were certainly some people in the markets at 9AM, but as many people as possible do their best to sleep until sometime in the afternoon. After the sun goes down around 8PM, everyone breaks fast at home and then heads out as if their days are just beginning. We walked by some cafes and restaurants at 11PM or later, and the crowd sitting around inside were watching soccer and having tea and snacks like it was nothing. That means that most businesses, too, just stay closed for the morning, do a little bit of business in the afternoon as people prepare for breaking the fast, and then reopen for a night of business as if it were the middle of the day. When we would go to bed at midnight or 1AM, there would be children playing in the street as if it were the middle of the afternoon. This gave us a really false sense of Tangier the first couple days we were there. With all of the locally-owned business shuttered and no one on the street, and very few restaurants and cafes open (all of which had only foreigners inside), it felt like we were in a destitute country where locals can’t even afford to go to a cafe. We were completely wrong. 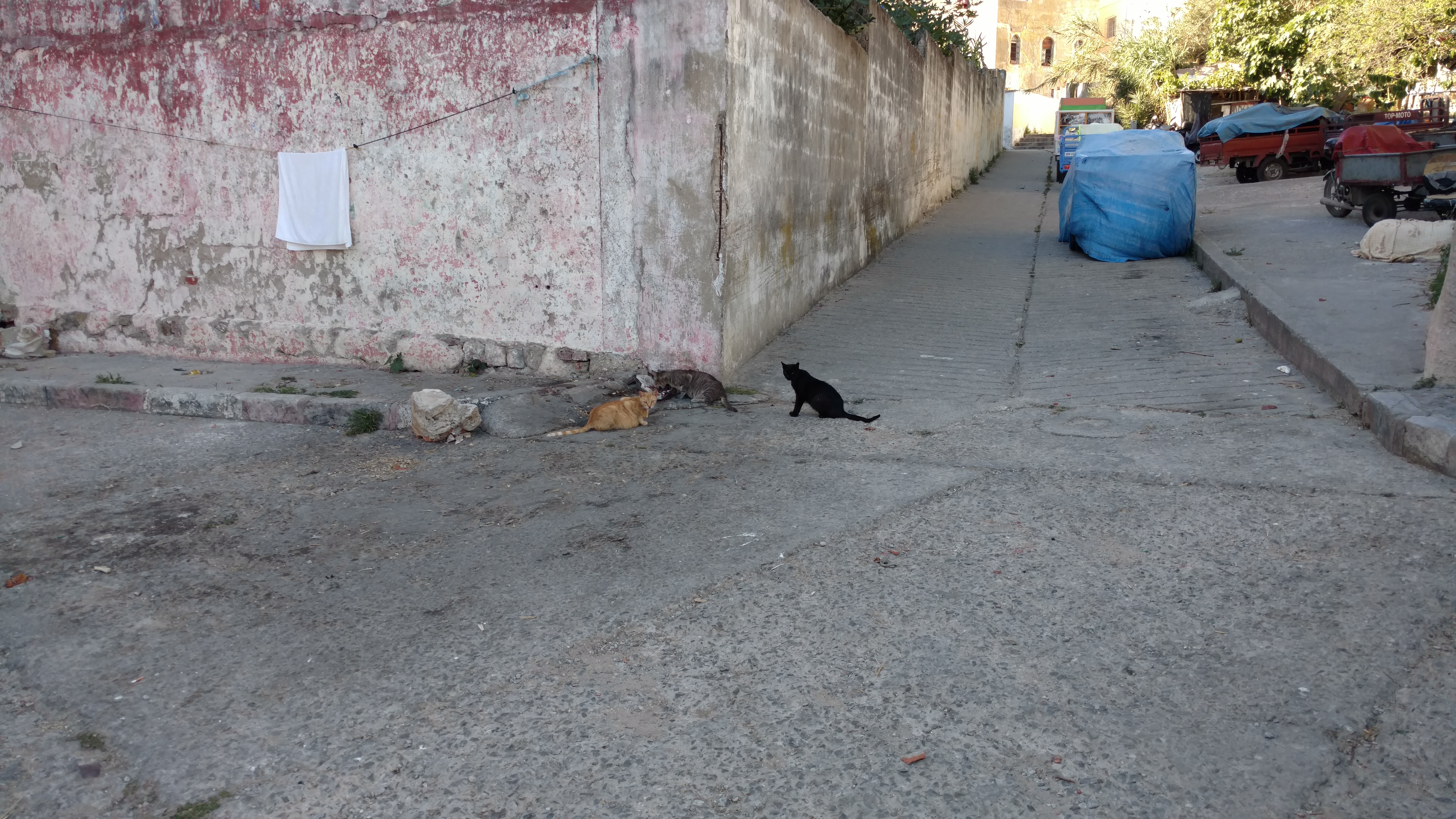 Adorable, but so eerie when there are just NO locals on the street!

We didn’t enjoy our first few days in Tangier. Between a shoddy apartment rental, the emotional toll of the Orlando massacre, and the strangeness of being in a Muslim country during Ramadan, it took us some time to really shake the feeling that we were out of place. After we did, we certainly enjoyed our last couple days there, and took a guided day tour to the city of Chefchaouen, which you can find online if you just search for the “blue city.” It was incredible; our guide spoke four languages (Moroccan Arabic, French, Spanish, and English); and he went out of his way to mention a few times that the city has some Jewish residents too, and everyone gets along great.

Tenerife on a Timeshare!