Recap Eighty-eight Days In: The Netherlands

Recap Eighty-eight Days In: The Netherlands

On Monday August 1, we grabbed a short flight from Prague into the Netherlands. We took a short break from seeing major world cities to rent a car and drive into a small town, Sommelsdijk, a couple hours south of Amsterdam by car. Sommelsdijk isn’t normally on a lot of tourists’ maps, but we had an incredible opportunity here: Charley traced his geneology back to the town; his ancestors lived there in the 1700’s! It was a quaint Dutch town, close enough to Rotterdam that there were public buses there, with plenty of commuters to fill them up. Still, it was really powerful to be able to walk around an area that his distant family walked around so long ago.

We didn’t track down a city hall or any recordkeepers to talk to, but instead decided to head to the town church. Old villages like this one are always centered around a town church, and the churchyard only kept about a dozen old tombstones around for posterity. Incredibly enough, a couple were for a pair of different Jan Joppe’s, the Dutch precursor to Joppa, which eventually became Charley’s mother’s maiden name. It was a really incredible find, and I’m so happy it was something we were able to find together. 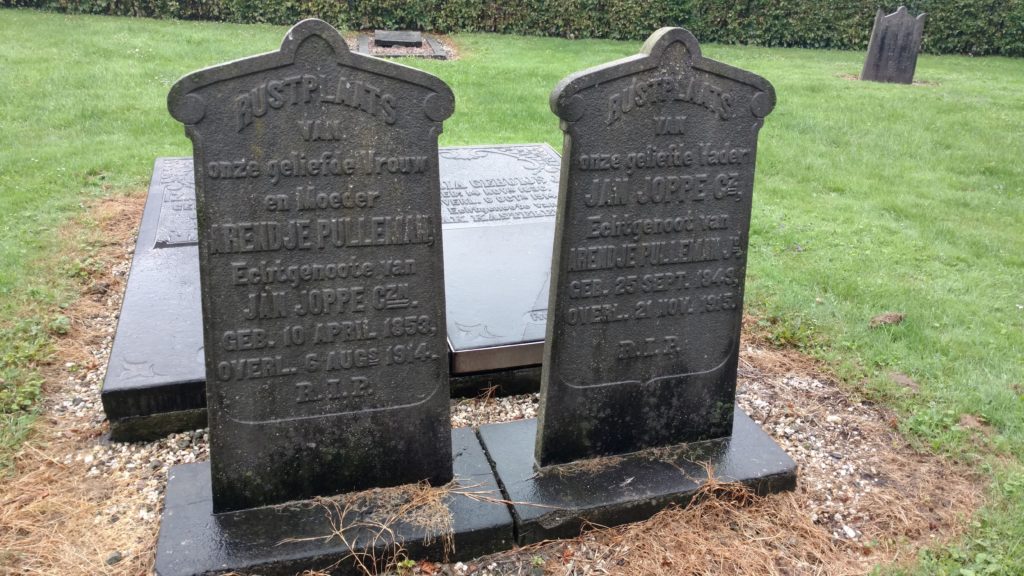 After a day spent exploring Sommelsdijk and nearby towns Ouddorp and Goedereede, on Wednesday August 3 we drove up and spent a day in The Hague. We had a nice lunch there, but the real highlight was the fascinating M.C. Escher museum, where an interactive exhibit included an Ames room (i.e., a trick perspective to make the viewer misunderstand size): 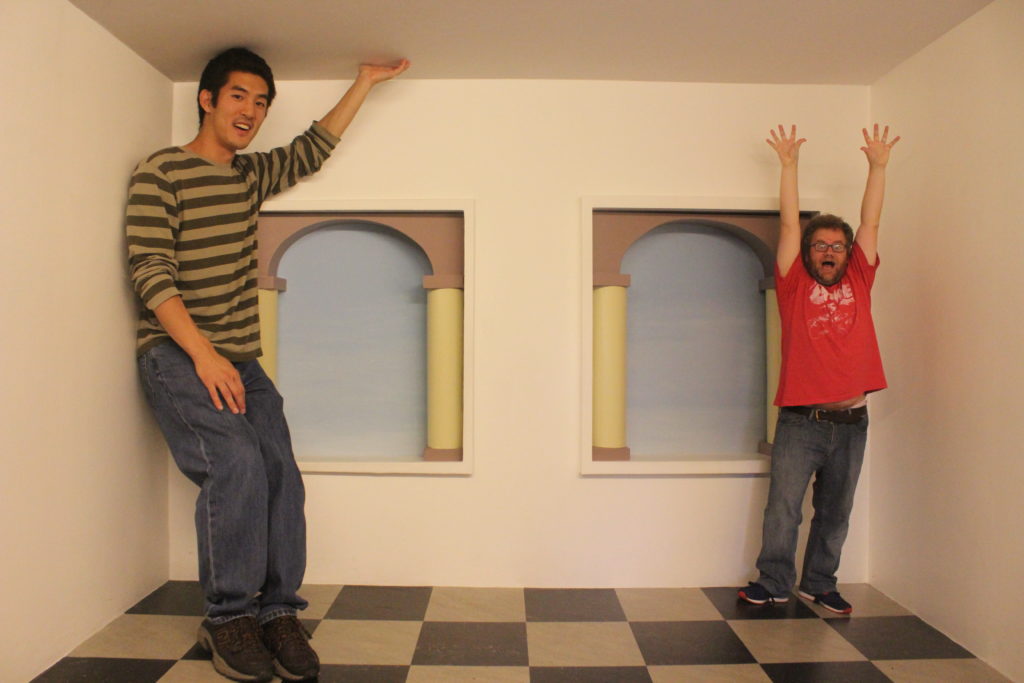 Ames room in the Escher museum

We drove to Amsterdam that night and had a solid four days (Thursday August 4 through Sunday August 7) to enjoy the sights and culture of Amsterdam. Amsterdam has a well-deserved reputation for partying, and there were plenty of people visiting from all over Europe who were enjoying themselves for the weekend. We made sure to show ourselves to a Dutch “coffee shop” where we could sample some things that were only legal in Amsterdam. We didn’t feel the instantaneous rapport with Amsterdam that we’ve felt from a few other cities, but we definitely liked it all the same. One of the reasons we timed our stop in Amsterdam for early August was to see Europride, the annual festival of LGBT pride whose location changes around Europe. Because of its 2016 location in Amsterdam, the parade was a canal parade instead of a street parade, and we had the chance to watch the boats pass us by during the parade. It was really great.

In Pictures: EuroPride in Amsterdam