After an INCREDIBLE four and a half months, at last the time came to leave Europe and head onward to the Middle East for a few days before going to spend time in Asia. Thanks to some American Airlines AAdvantage miles, we had an incredible experience in Qatar Airways business class, and arrived in Oman the evening of Tuesday, September 27, 2016.

It was really nice to visit a country in the Middle East that neither of us had visited before, and even better, Charley had a college buddy living in Muscat. Jim and his wife Emmee, along with their kids Owen and Alea, played host to us for four days and even found the time to show us around some of the local sites. 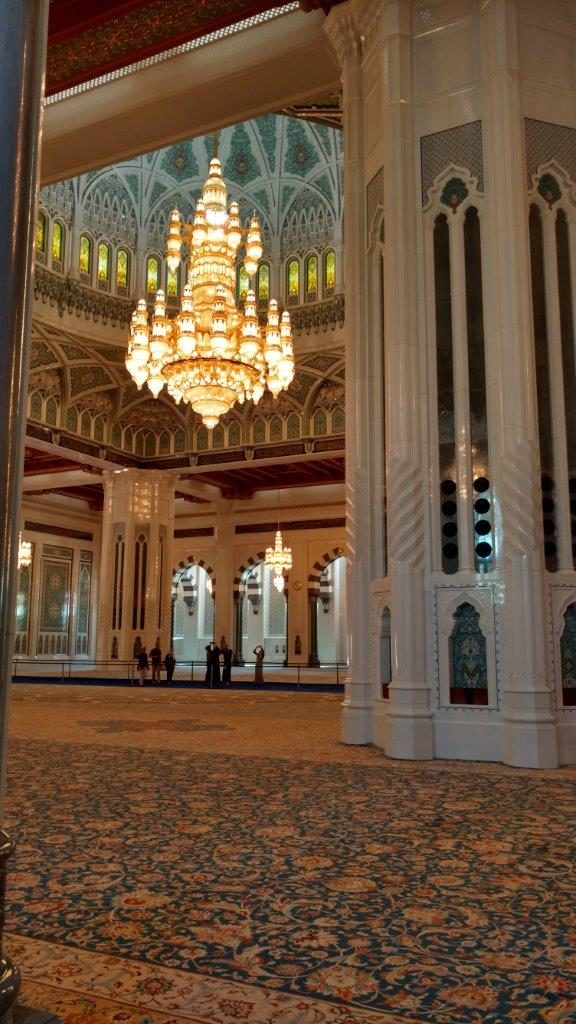 The Sultan Qaboos Grand Mosque is stunningly beautiful, and has the second largest single piece carpet in the world, weighing TWENTY ONE tons. 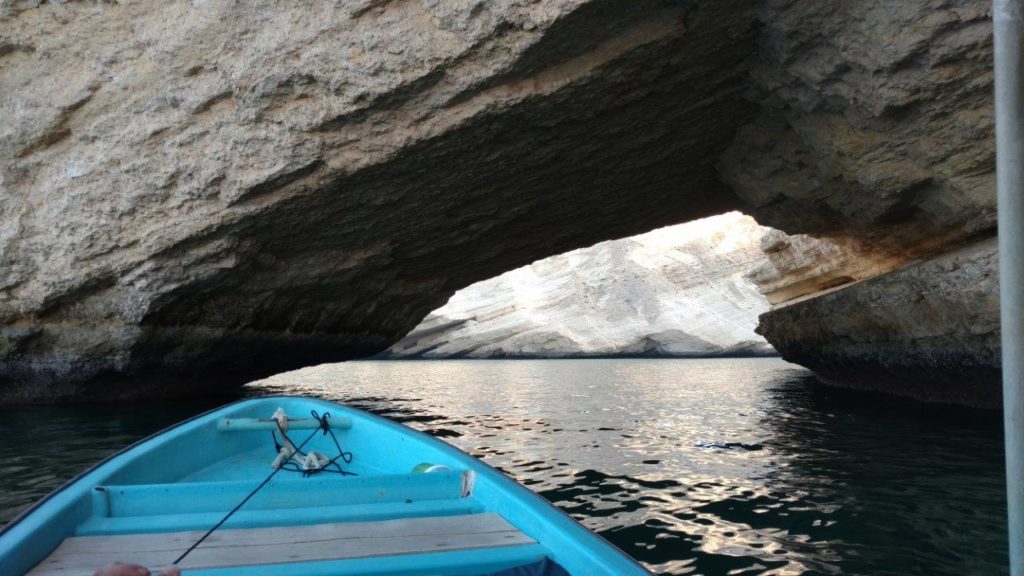 Boat ride around the harbor in Muscat 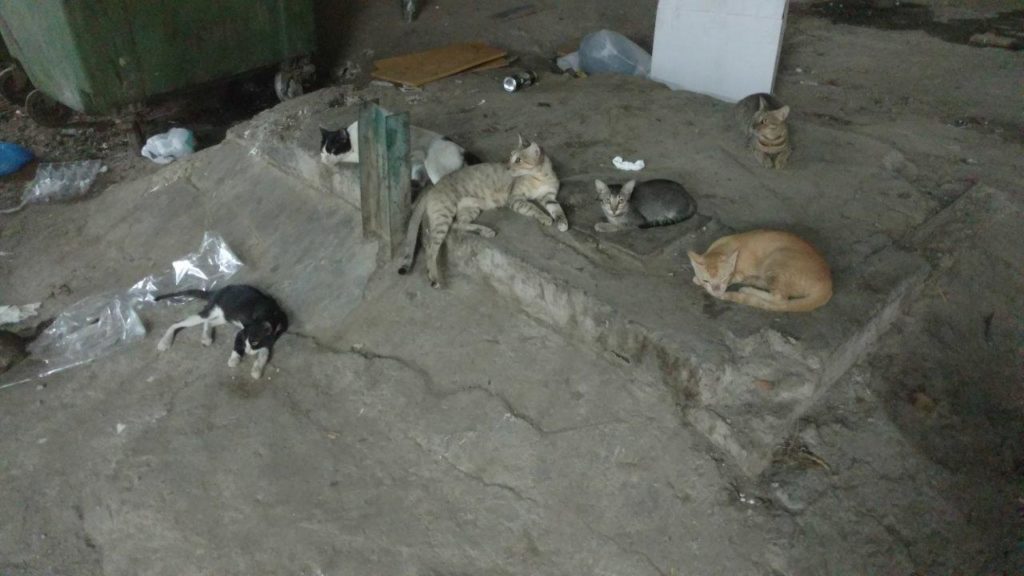 There are stray cats everywhere in Oman, and they mostly seem healthy, but it makes me sad how many of them could use nicer homes. 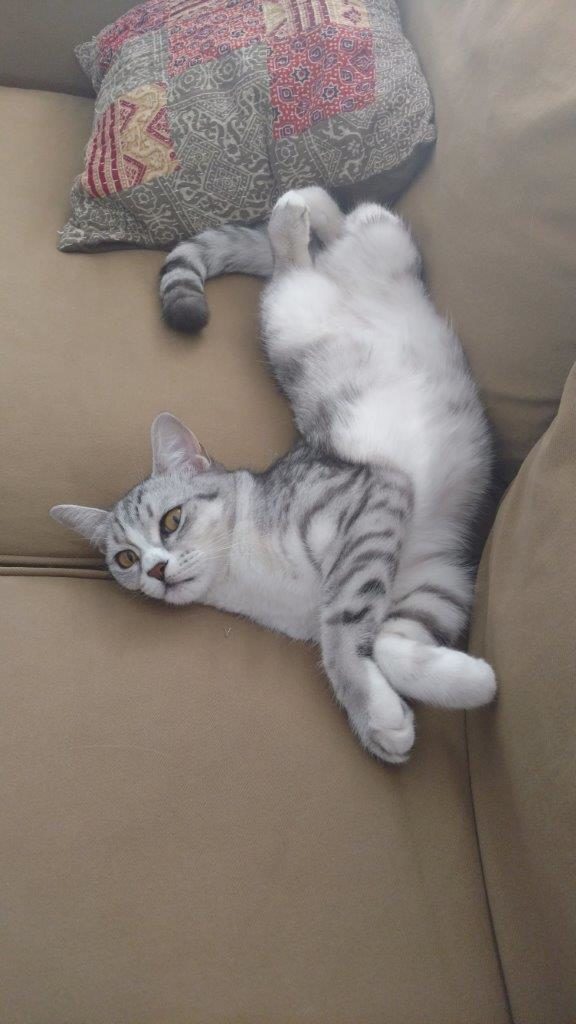 It helped us get our cat fix when we noticed that Jim and Emmee have a pair of cats. Pictured here is “Baby Kitty,” who had a close call a couple weeks before we arrived when he snuck out of the house while no one was looking. 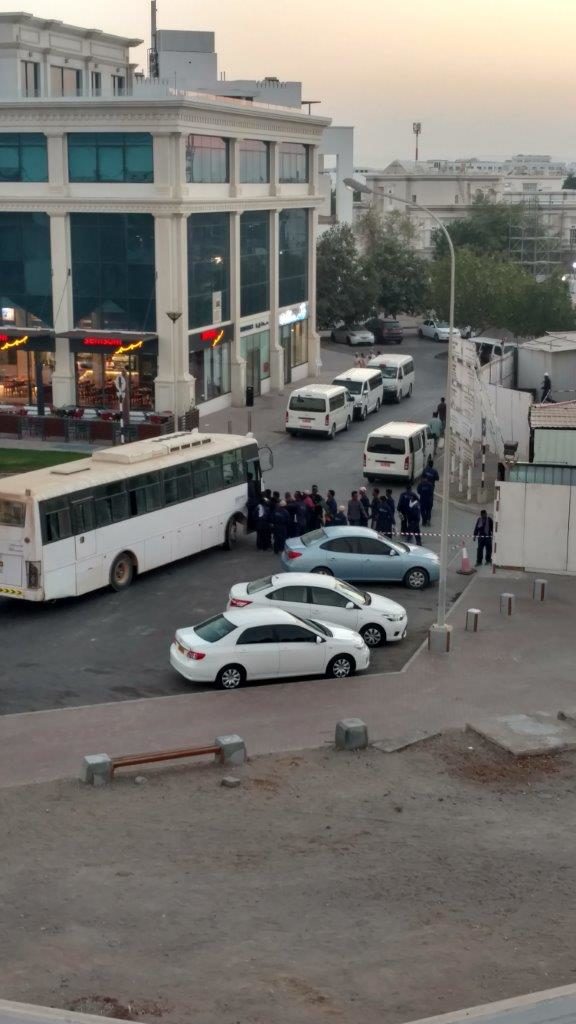 Like the rest of the Middle East, Oman uses guest workers for most of their labor force, primarily from India. After a hard workday of construction, they crowd onto their shuttle buses for rides back home.

On Friday September 30, Jim and Emmee had the time to take the kids and us on a day trip to see the morning goat market at Nizwa and stop at a few places on the way home. For me and Charley, it was really great to be able to get off the beaten path a little bit and see something other than nations’ capital cities. There was a lot going on at the Nizwa market that we had never had the chance to see before. 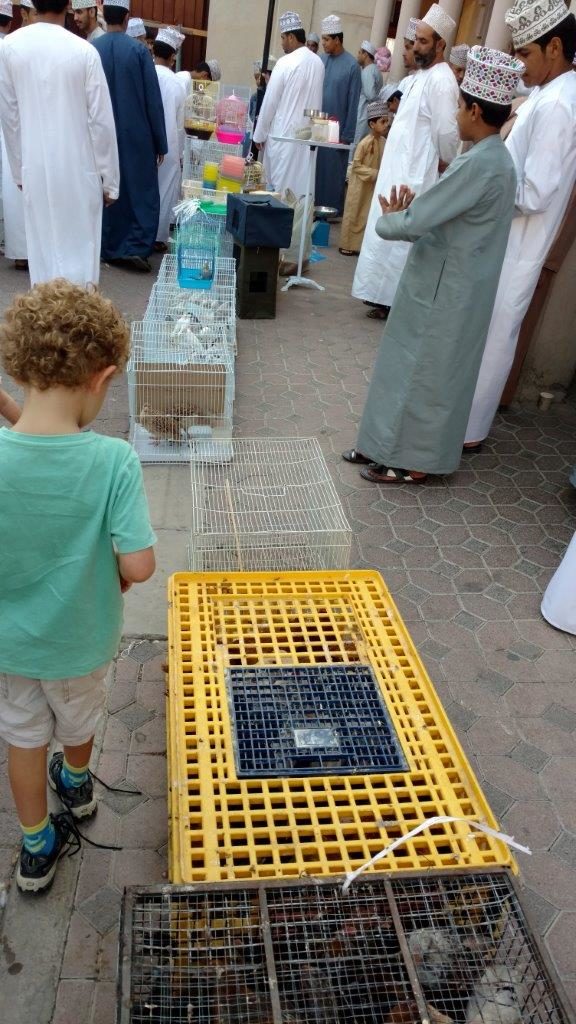 Owen walks around the market in Nizwa 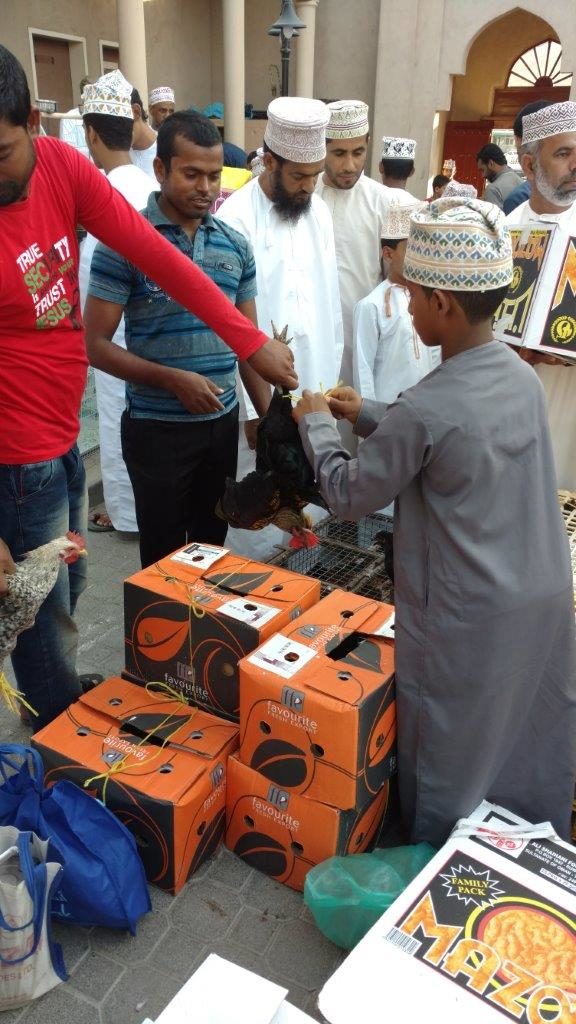 This gentleman is buying a couple chickens for later. This is the first time in my travels that I’ve seen the purchase of live chickens, who were held upside down with their legs together for easier handling. 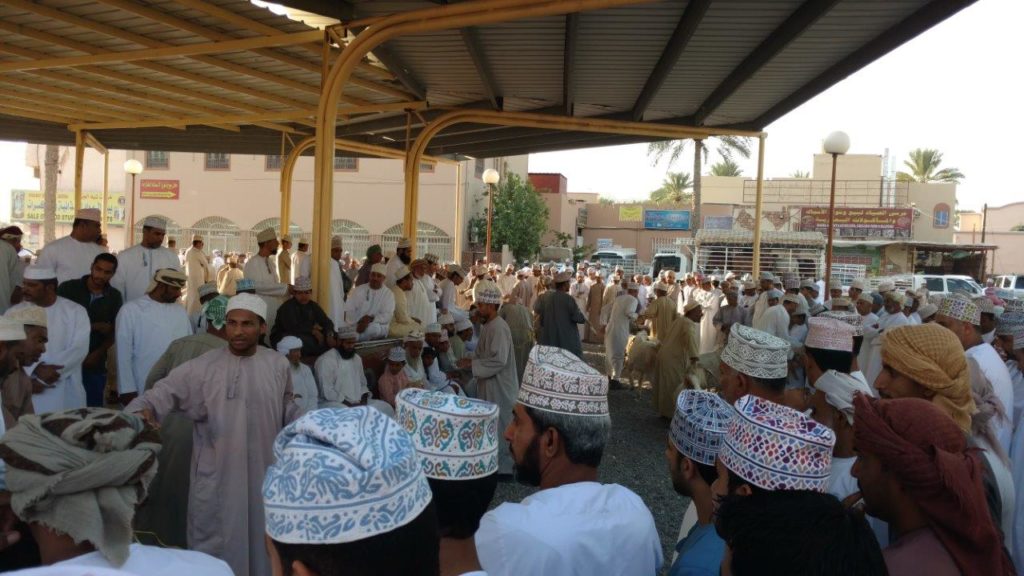 The goat market at Nizwa includes a path that goats (and later cattle) are paraded around for auction, as bidders decide on a purchase price. 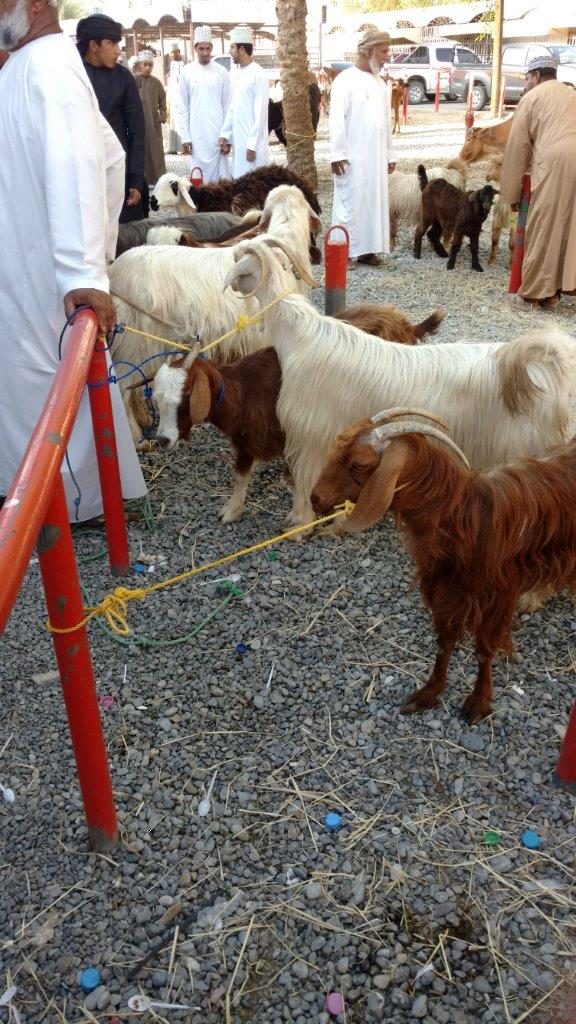 One might say these goats have a pretty baaaad outlook. 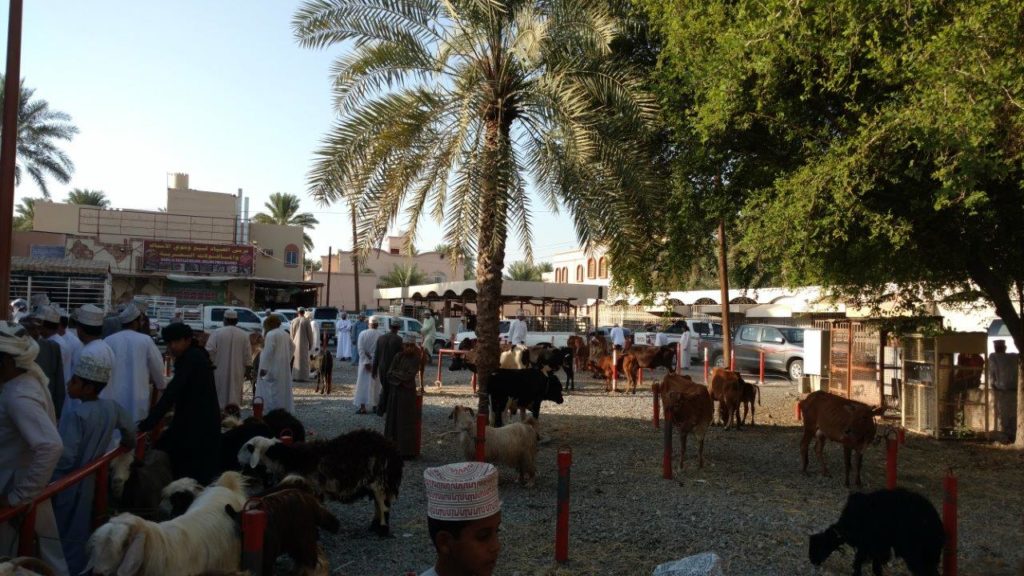 More of the goat market 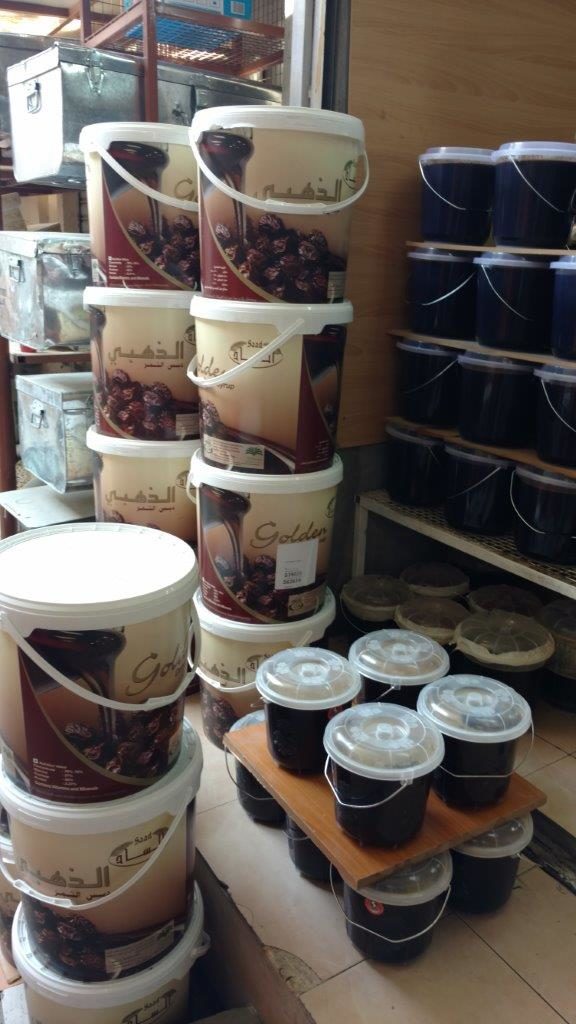 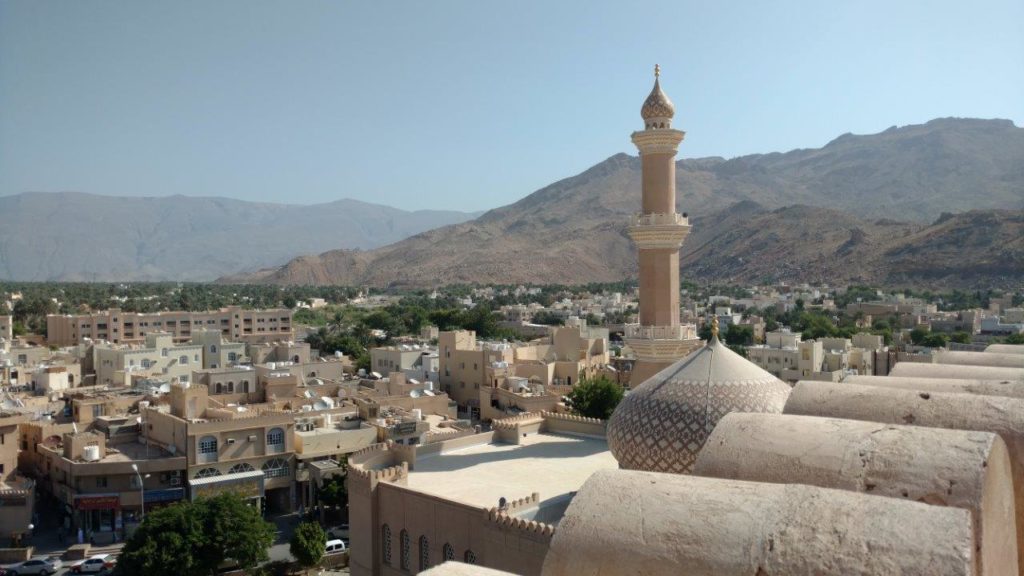 Beautiful view from the top of Nizwa Fort 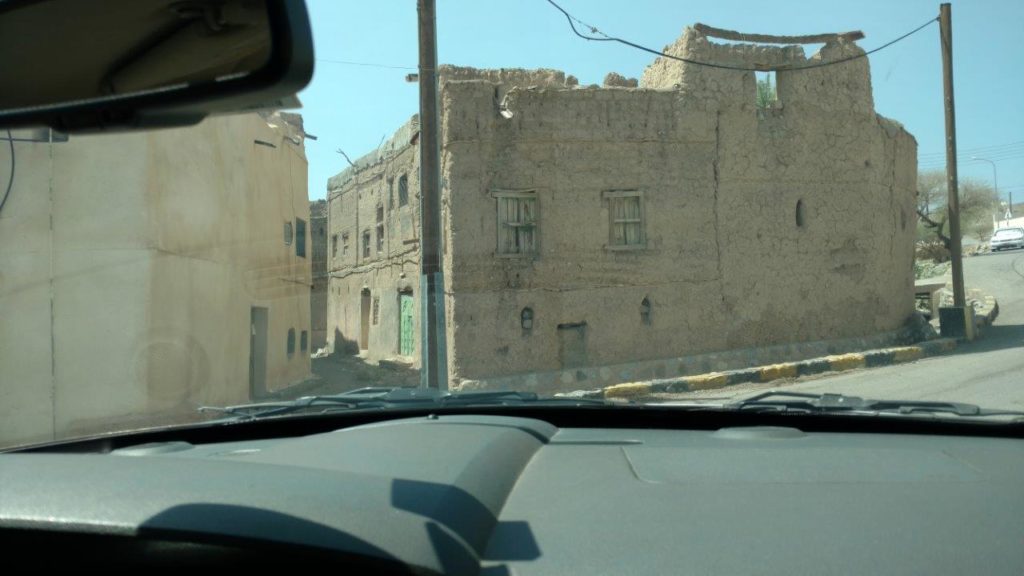 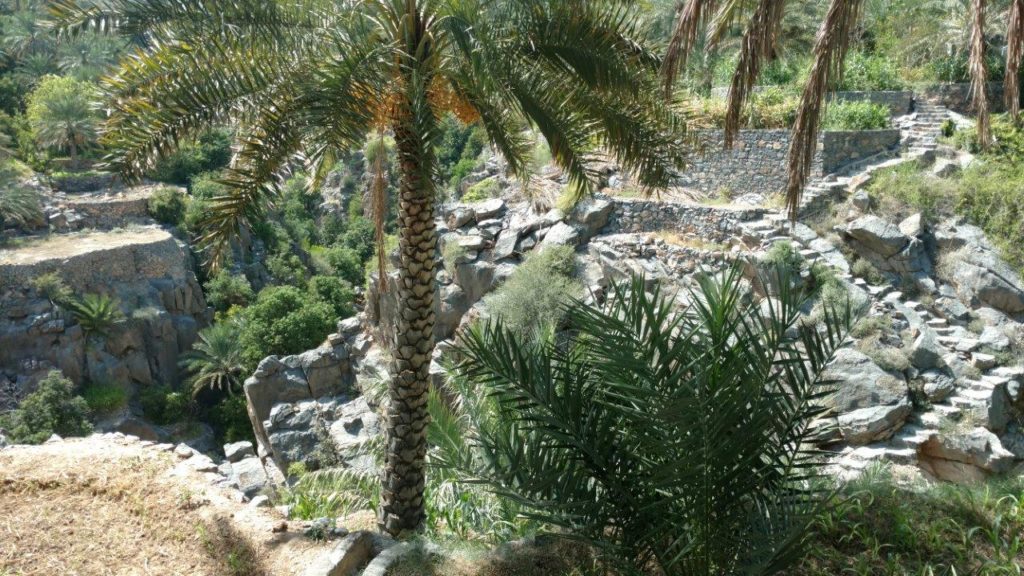 Al Hamra, Oman: This old mountainside village is really incredible. Despite being in such a desert, there is a really extensive network of irrigation channels, and the result is a small quasi-oasis of greenery in what would otherwise be the middle of nowhere.

Best of all, of course, was a trip our last day (on Saturday, October 1, 2016) to Wadi Shab, described by Wikitravel as “perhaps the most spectacular of all the easily accessible wadis in Oman… the pools here are a vivid Emerald Green colour.” At the end is a beautiful grotto that you have to swim into, where Charley’s glasses unfortunately decided to stay: