After a very meaningful experience in Seoul, we headed to China on Sunday, October 23. After seeing friends in San Sebastian and Krakow, and family in Germany and Seoul, this was going to be our fifth chance to see people we knew. We decided to take the better part of a week to drop in on our dear friends Zac and Grace. 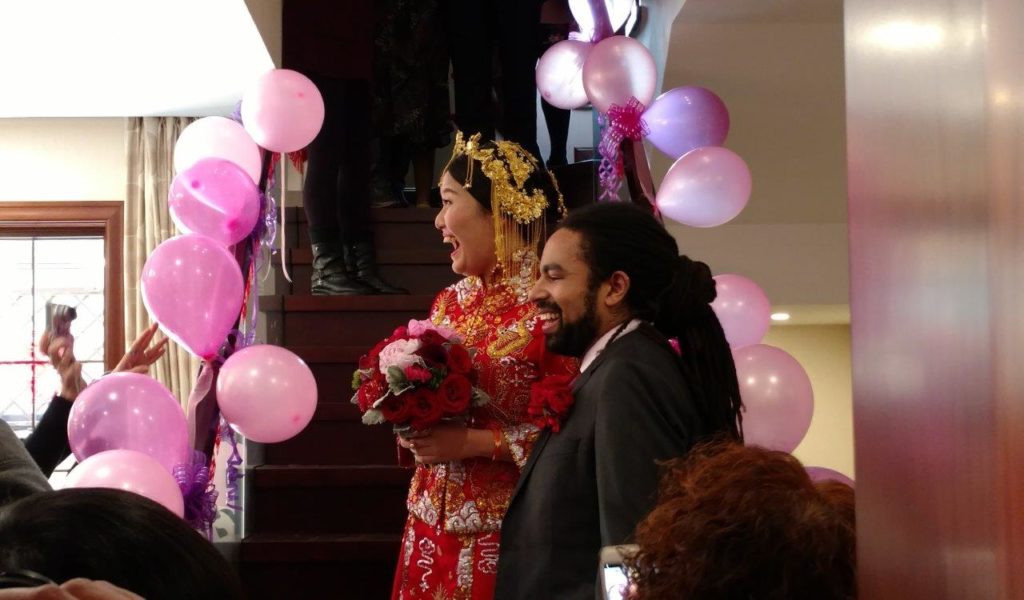 I’ve known Zac for over a decade, and he met both Grace and Charley during their prior job at the World Scholar’s Cup. After so much time of Zac and Grace working together, the rest is history, and if you’ve been reading our blog since the beginning, you’ll know they tied the knot in March of 2016. It was a really incredible East-weds-West type of wedding, with so many Chinese wedding traditions blended together with Jewish traditions. (Please do click through to those prior posts if you have the time. Charley’s pictures are, as always, stunning.) There was much love all around, and they currently call New York City their permanent home, but with periods in Grace’s hometown of Haining (海寧), China. We flew from Seoul to Hangzhou, where Grace’s father was kind enough to meet us at the airport.

When you travel as much as we do, it was a real treat to be simultaneously spending time with dear friends and also tagging along with a native speaker in a foreign country. It allowed us to get off the beaten tourist path; China has some incredible gems outside of the major cities, but it can be difficult to find your way around without having a Chinese-speaker with you. 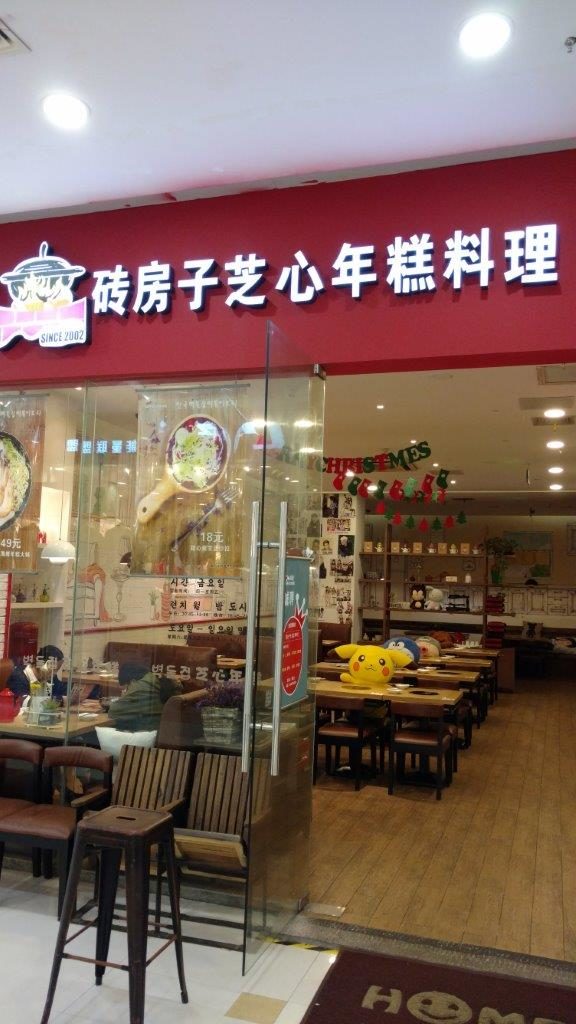 The clientele at this hot pot restaurant seems ready for battle! 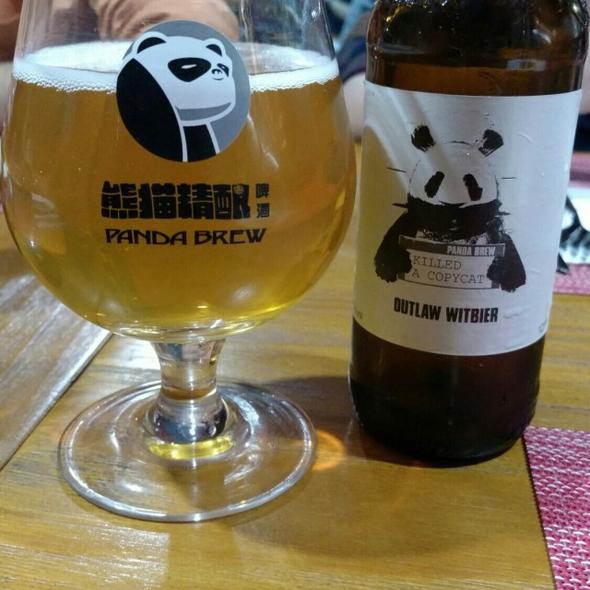 China seems to have its own craft beer scene brewing! (pun intended) 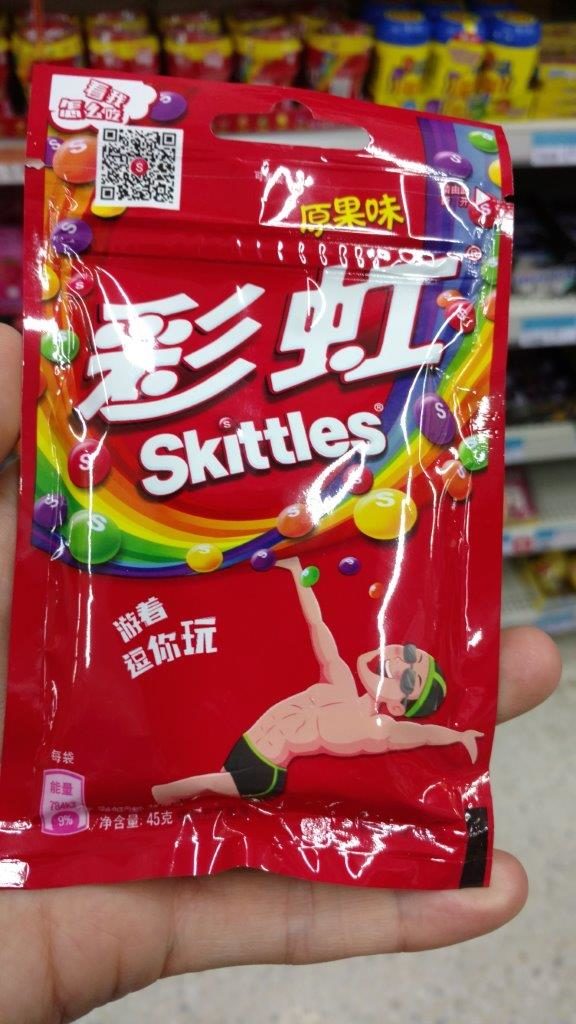 The Skittles at this Chinese Walmart seem delightfully gay, in a “taste the rainbow” sort of way 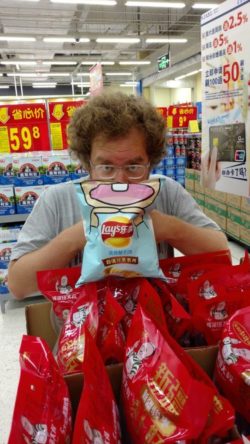 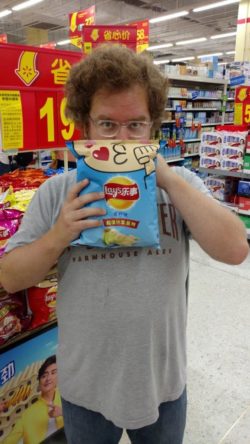 These chips are tasty! 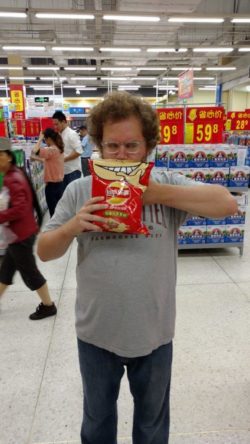 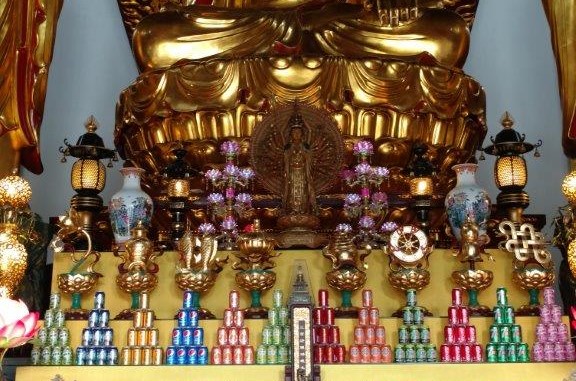 Buddhist offerings in Haining seem more sugary than most… 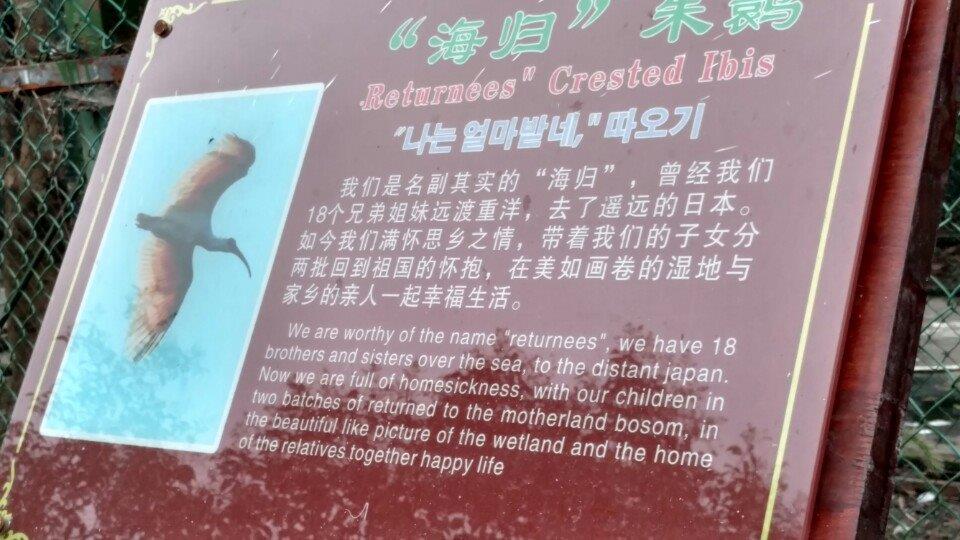 At Xiazhu Wetland Park (下渚湖湿地公园). I’m normally pretty good at decoding iffy translations, but this one has me beat. 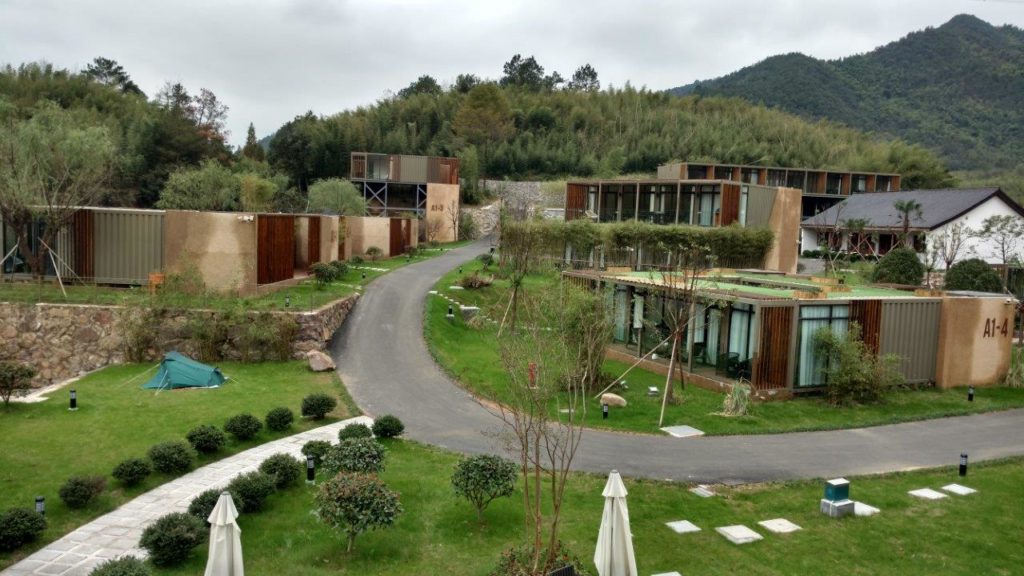 We spent a night at an adorable mountain inn near Moganshan (莫干山) mountain.

I did have one interesting sidenote about China: the whole country seems to have bypassed and skipped over credit card technology. Nearly everyone pays for everything by mobile phone app these days, with nearly everyone having their own mobile phone. Even small mom-and-pop restaurants and shops have printed barcodes on the wall, and a simple scan from your smartphone can transfer funds, or sometimes even place your order when you sit down! It’s incredible. 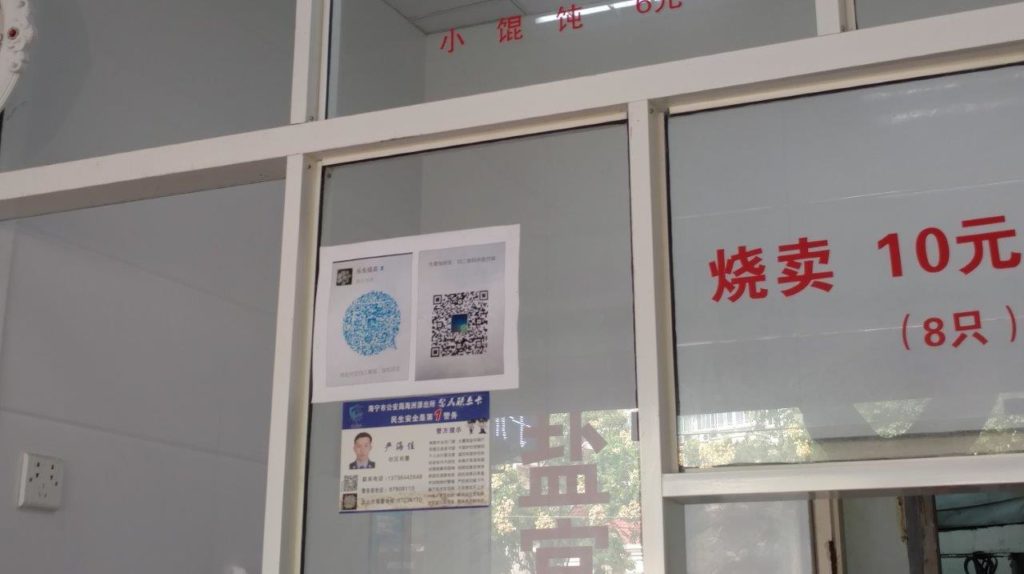 at a small dumpling shop, the barcodes for paying are publicly displayed

In any case, we had an incredible week with our friends, and it was fantastically capped with Charley’s 38th birthday on Wednesday, October 26. Grace even managed to find a birthday candle with a picture of a hippo, Charley’s favorite animal. 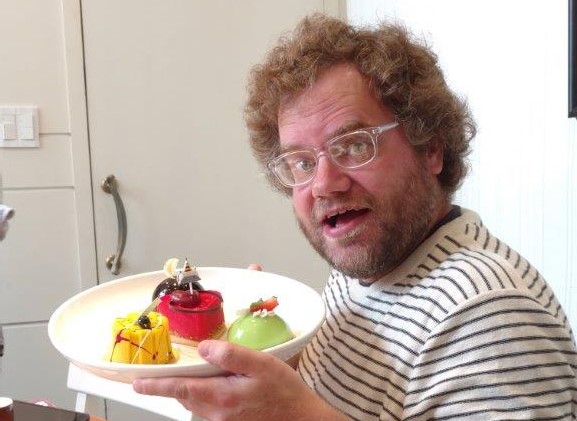 Happy 38 to Charley, from Haining! 生日快樂!