On Monday, November 7, we took a nice business class flight on Thai Airways from Taipei, Taiwan to Chiang Mai, Thailand (with a connection in Bangkok, of course). By transferring some Chase UR Points to the Singapore Airlines program, we used only 27,500 Singapore Airlines Krisflyer miles per person, a real bargain!

Charley has been to Thailand many times before (and I had been to Bangkok once), and we both knew that we enjoyed the country. Our primary goal in Chiang Mai was to see somewhere other than the Bangkok we were familiar with, and to try and get out of large capital cities for a bit. Chiang Mai’s old town temples were absolutely beautiful, although the area was fairly touristy, and crowded with the standard sights of gawking crowds with their cameras. 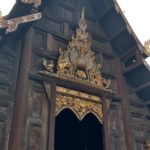 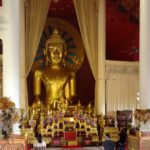 Temples are always so beautiful inside 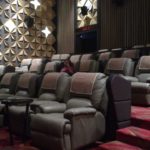 It’s easy to relax in Thailand when this is the movie-going experience!

The real highlight, however, was a day trip to the Elephant Jungle Sanctuary near the city. You can read more on their website, but essentially they function as a sanctuary for elephants, many of whom were previously at other “sanctuaries” that were run for profit where they had to give rides to people. (Side note: Don’t ride an elephant if you find yourself in a place where you have the opportunity. They may be large, but their backs weren’t built for it, and repeated rides can really damage their spines.) 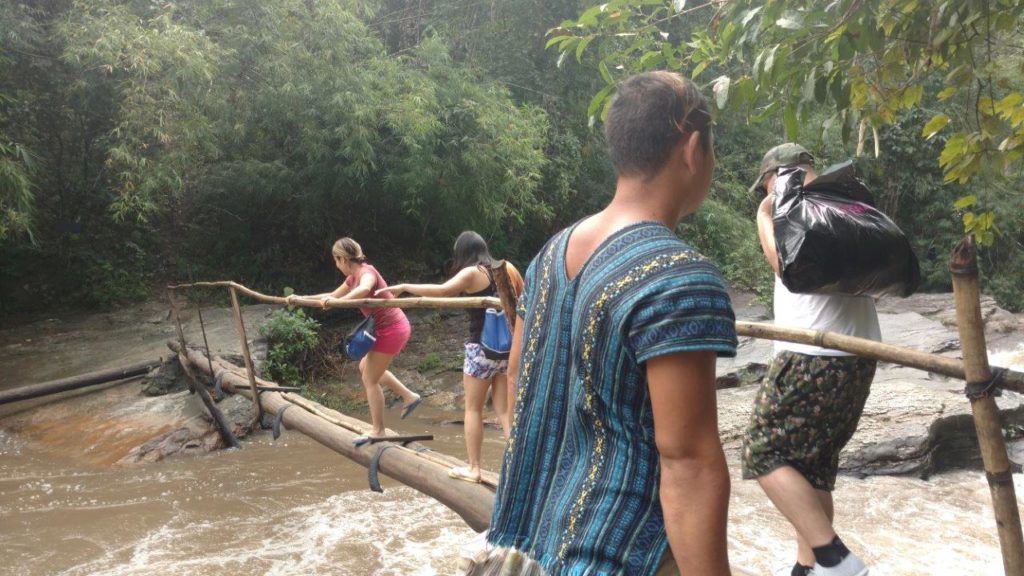 Even after the drive, we still had about ten minutes of treacherous walking to get to our elephant camp! 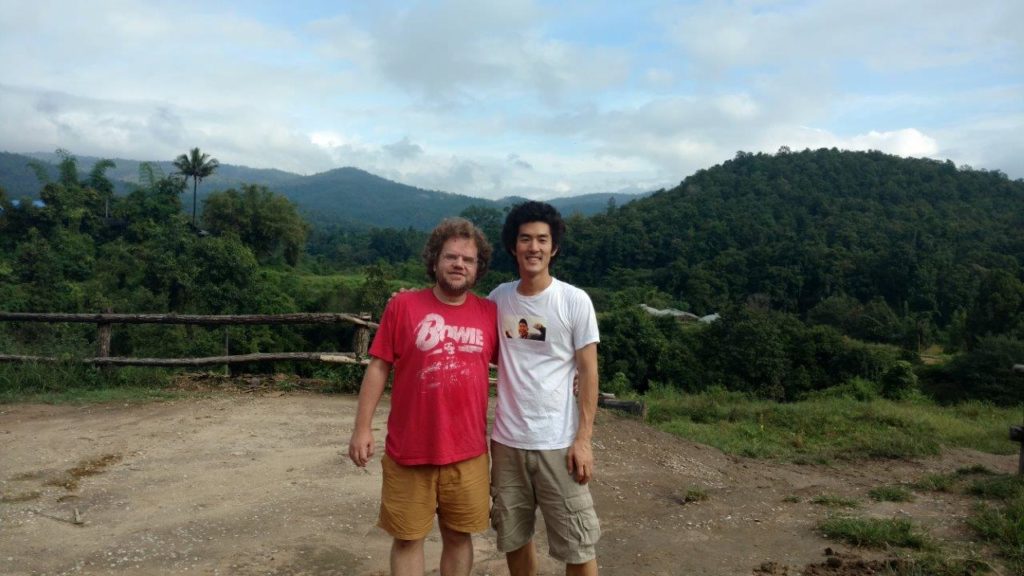 This feeding activity was so much fun. Naturally, though, Charley had to try taking things up a notch. 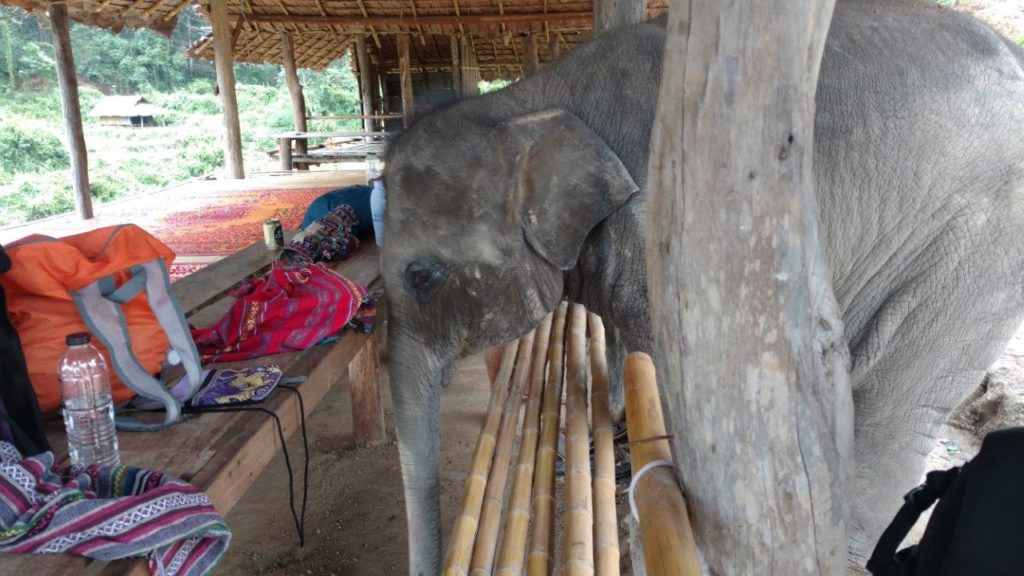 This friendly fellow is trying to get into places and things he shouldn’t! 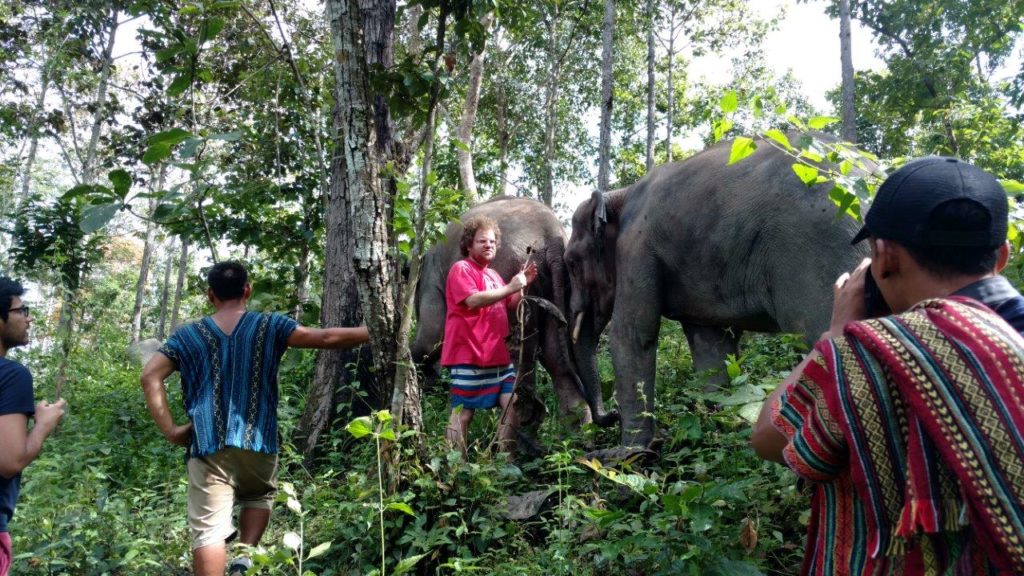 Having a nice hike through the woods with the elephants. 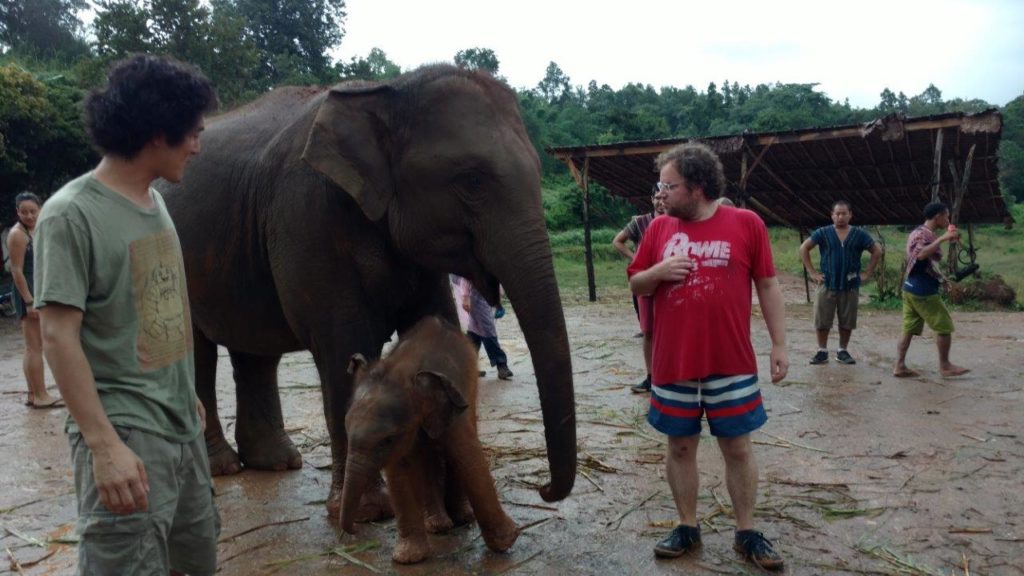 Completely in awe of the three week old baby!

Of course, the most terrifying and memorable experience of our time in Chiang Mai was when Charley rented a motorbike to get around the city. Throughout Thailand (and most of southeast Asia), motorcycles and motorbikes are the most common means of transport. Drivers can weave in and out of traffic and get through tight spaces and traffic much faster than they can with a regular passenger car.

At the start of this video, you can see me walking away from Charley while carrying a couple grocery bags. I think my exact words were, “That thing is a deathtrap, and I’m not sitting as a passenger until you’ve had some practice.” I tend to be a scaredy cat like that, but Charley was as fearless as ever. Watch and see at 0:22 what his face thought of that though.

Charley is doing fine, in case you’re worried, but we can both attest to the fact that Thai hospitals are run quite well!

Bye! See you next time, Thailand! 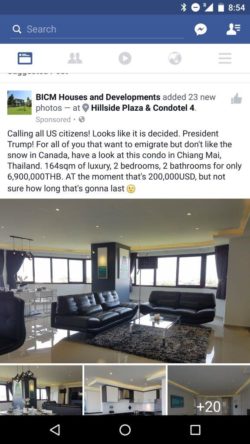 P.S. This timely Facebook ad showed up in my feed as we were leaving Chiang Mai.