On Saturday, November 12, we headed out bright and early from Chiang Mai, bound for Siem Reap, Cambodia. Even though these cities are the two largest cities in Cambodia, there’s definitely a rural feel to them. Cambodia was the least developed of the countries we visited up to this point, and most of the areas around town with tourists were also really crowded with street vendors and tuk tuk drivers, trying aggressively to get us to buy knick knacks or take rides around town for $1-2.

Siem Reap is best known for Angkor Wat, one of the most famous temples in the world. What people may not know is that the area is part of an entire archaeological park, of which Angkor Wat is only one of the many temples. After you enter, you can wander around and see other temples, trying to find a quiet spot to yourself. We ran across a few tourists who were spending the day reading, after finding nice secluded spots in the shade.

We had no idea we would be passing through Cambodia at the time of the water festival, but races and celebrations were everywhere. 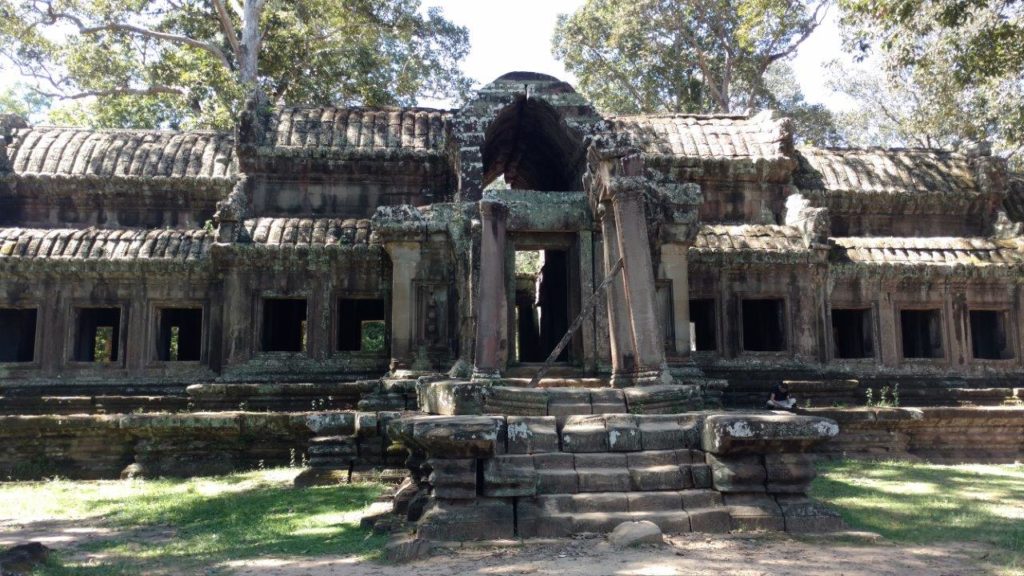 Angkor Archaeological Park is actually a large park area full of temples and ruins. Some of the lesser known are perfect for a quiet afternoon to oneself. 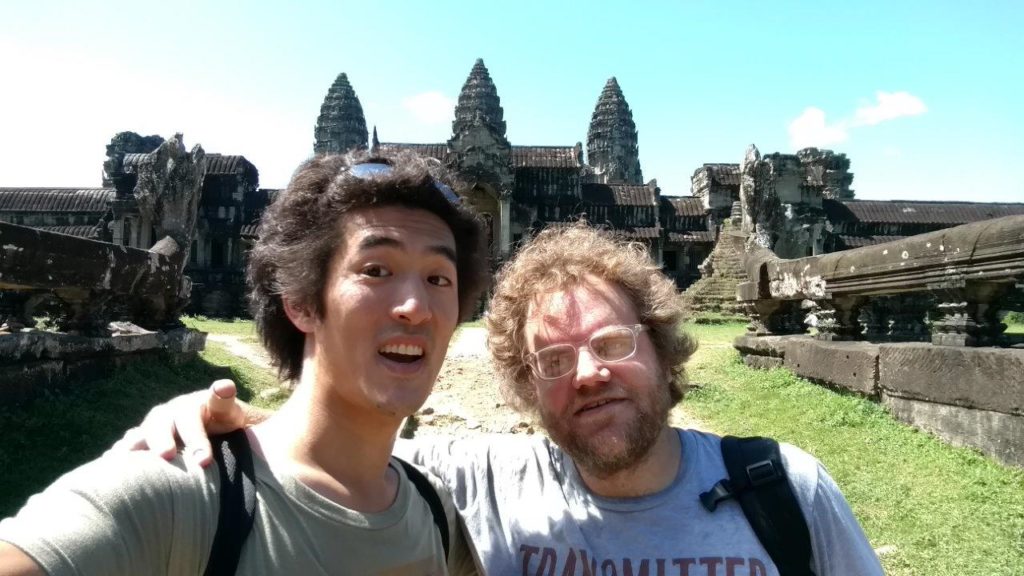 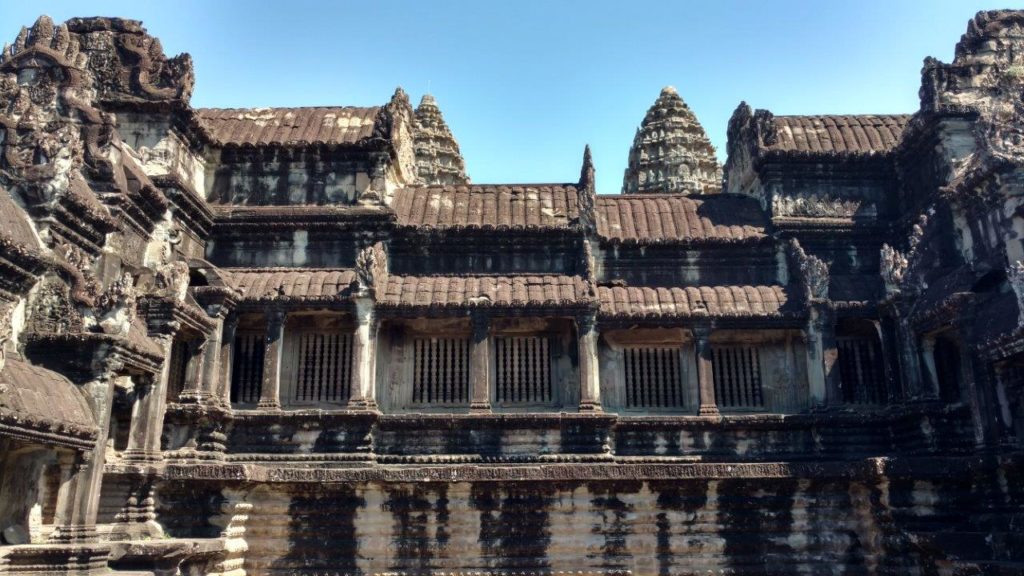 These ruins are so incredible, and the country is so impressively hot at all times. 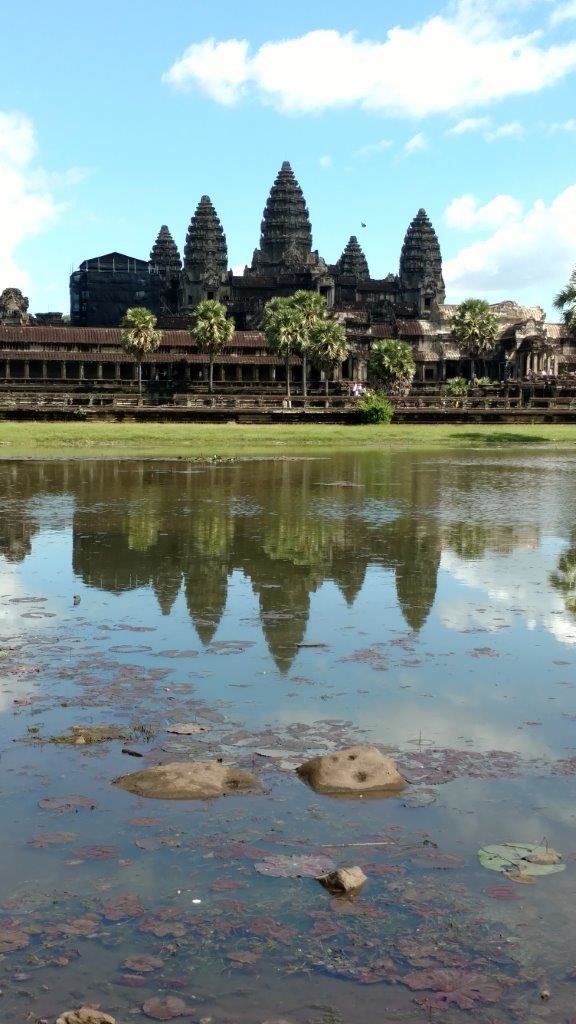 Angkor Wat at one of its more reflective moments. (pun intended)

One thing we certainly weren’t expecting was the heat. We were visiting in mid-November, and while we knew we were in a tropical climate, somehow it didn’t process in our minds that it would be sweltering everywhere we went. We barely lasted an hour walking around the archaeological park before we had to find a sidewalk cafe with some shade to park ourselves. Luckily, all the tourist cafes had fans, even in cases where they didn’t have access to electrical outlets. Ingenuity always finds a way.

This outdoor cafe near Angkor Wat demonstrates how the locals power fans at outdoor cafes.

After a few days seeing the amazing sights of Siem Reap and Angkor Wat, we headed to Phnom Penh to take in some more history and understanding of the Cambodian culture. As a capital city, Phnom Penh is a lot less developed than other cities like Bangkok and Ho Chi Minh, and it was interesting to feel the pace of the city as Cambodia keeps working through their economic development. The streets were mostly congested with traffic and some pollution, but the Royal Palace and National Museum of Cambodia are completely gorgeous and really made the trip worth it. 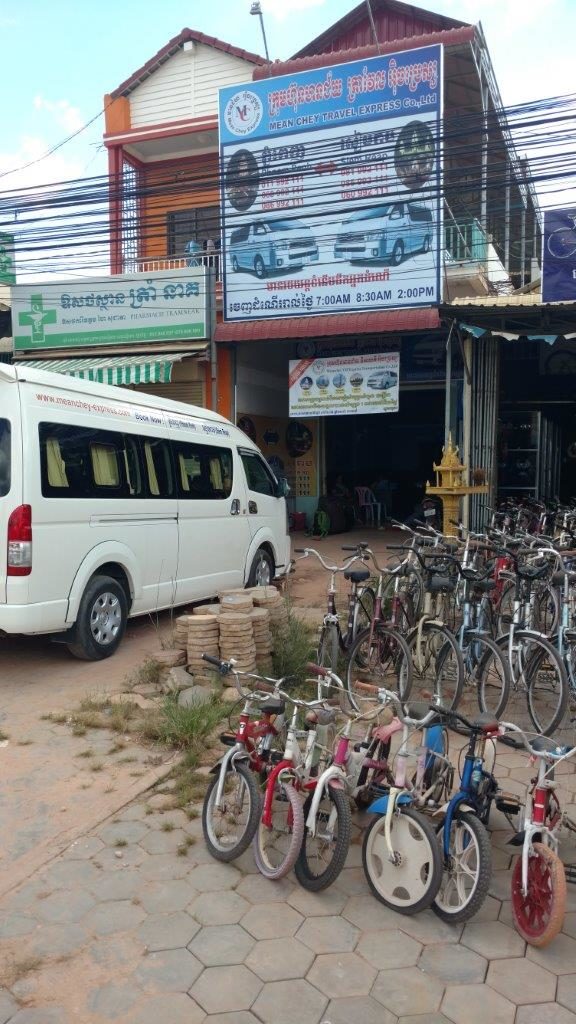 We were trapped in this van for six hours between cities. It was so small for 12 passengers. 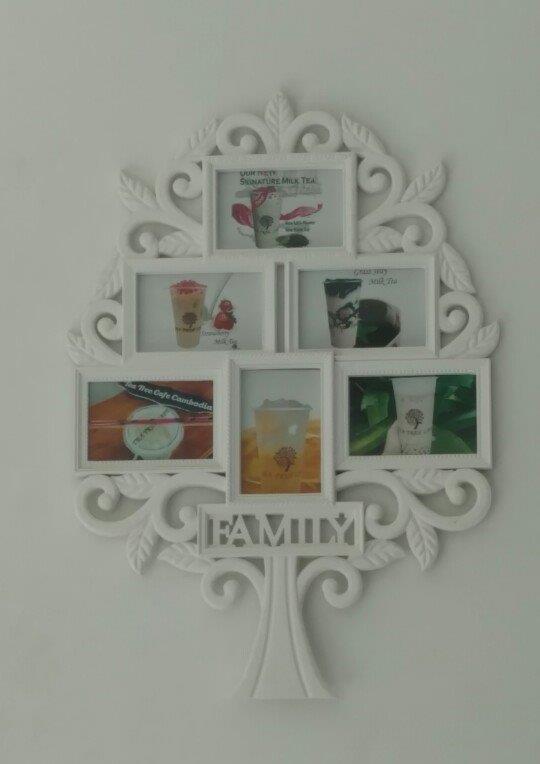 the photo tree at a small tea shop in Phnom Penh 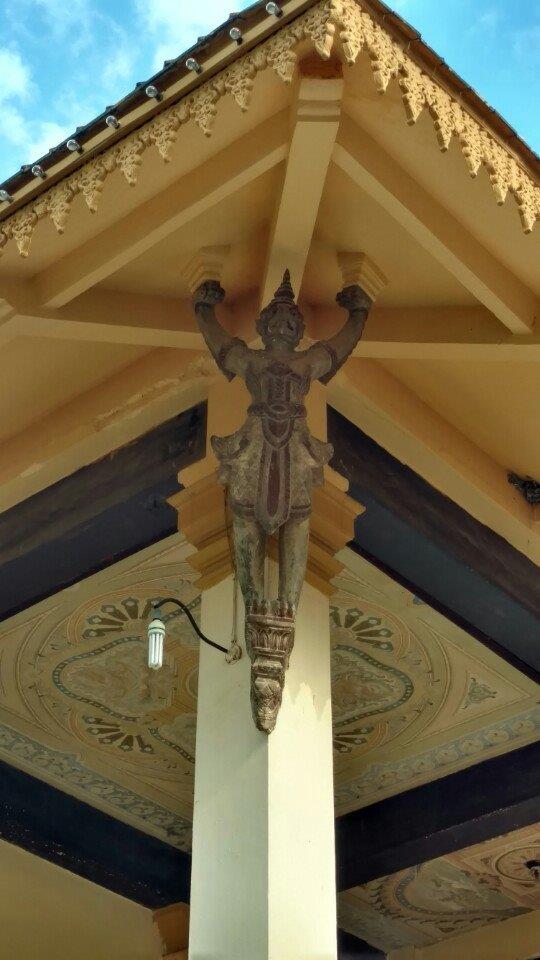 Column details at the Royal Palace of Phnom Penh 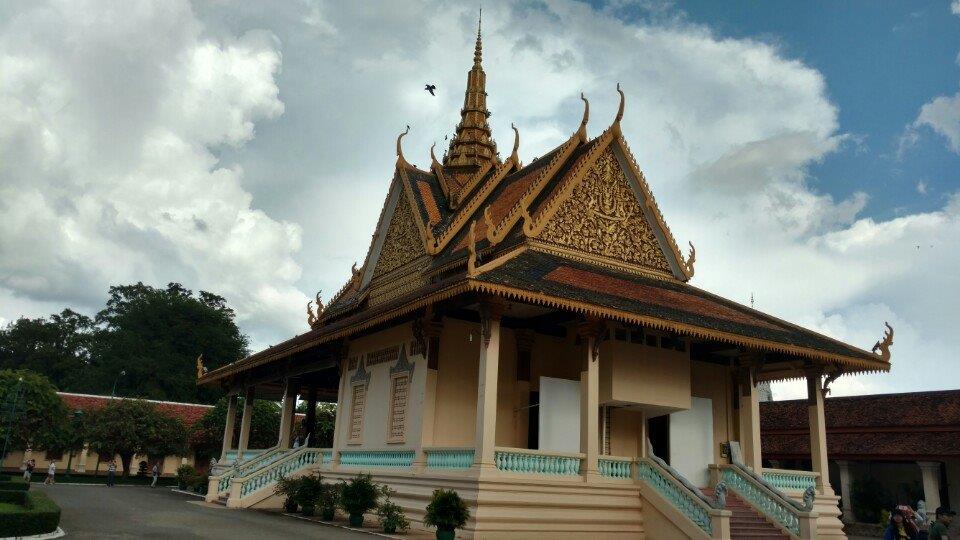 A bird, midflight, glides around at the Royal Palace of Phnom Penh. 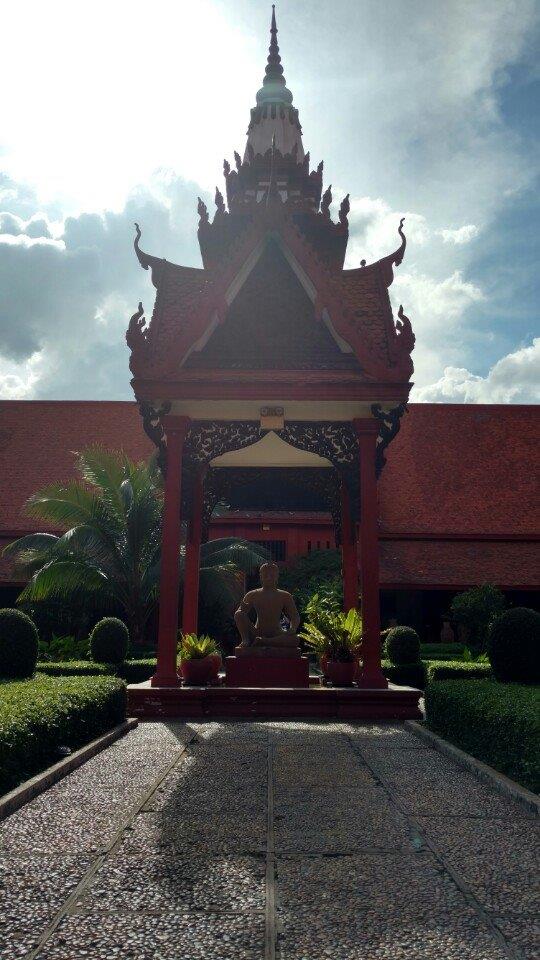 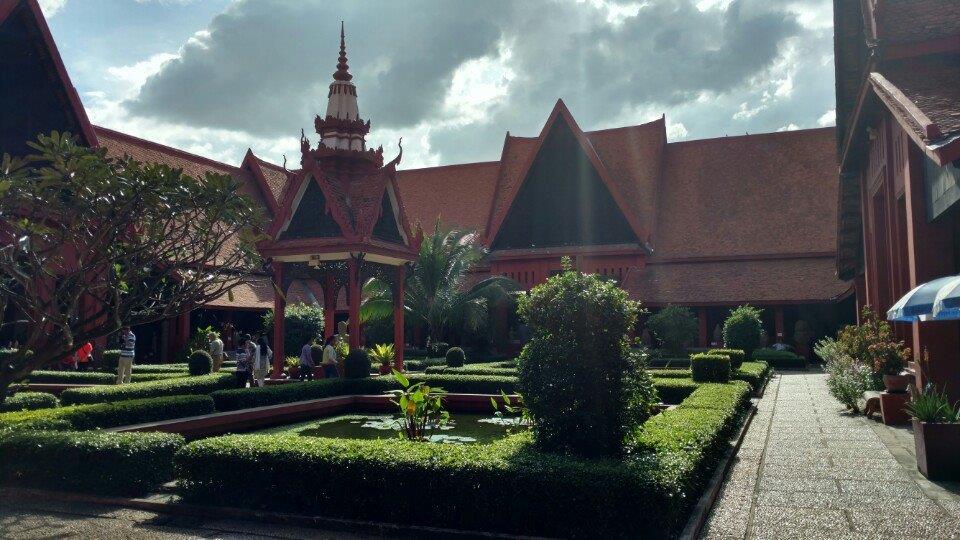 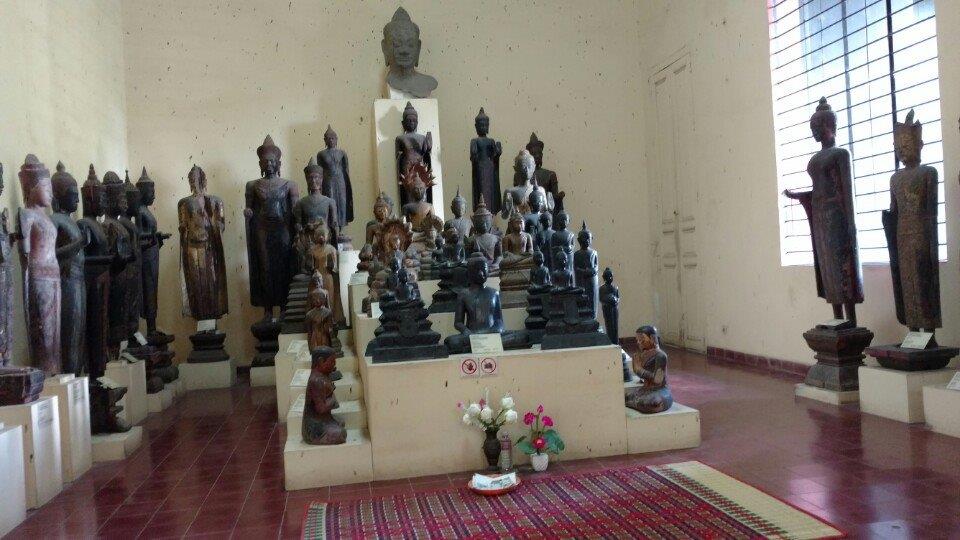 At the National Museum of Cambodia. These artifacts were so incredibly old and well-preserved.

I made friends with this adorable fellow at the Royal Palace. He was thirsty. 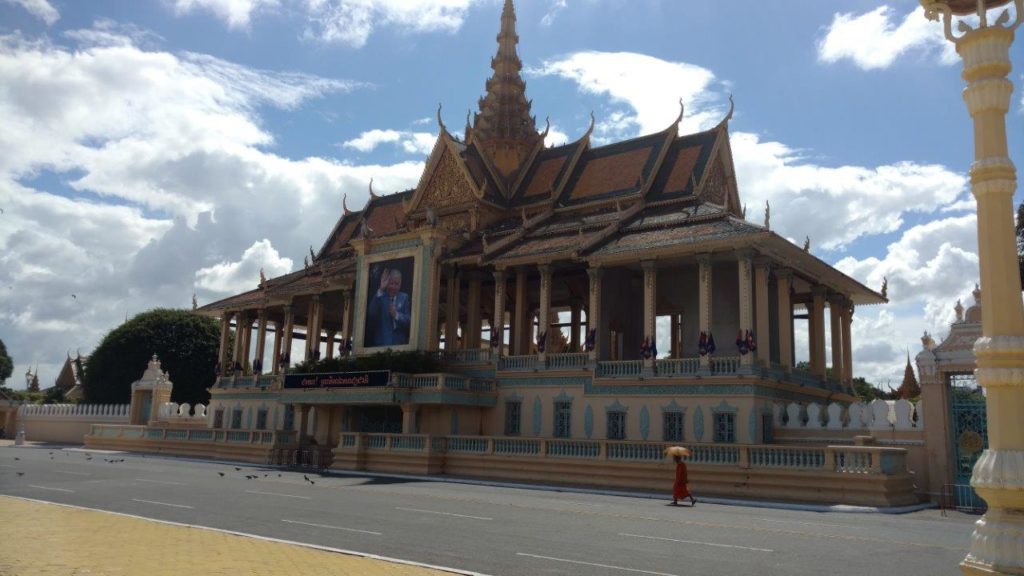 A single monk trudges along, with his umbrella sheltering him from the hot sun. 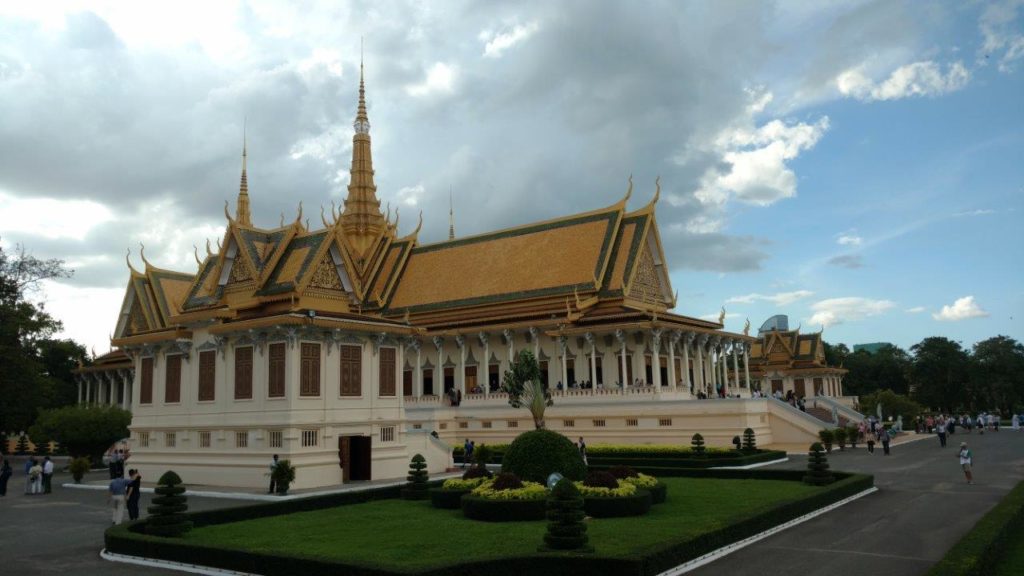