From Myanmar, we treated ourselves to a rest week in Bangkok, where we were able to find a nice one-week apartment rental at a dirt cheap price. The rest was helpful after so much time spent being tourists so quickly in Myanmar, and on Thursday, December 15, we headed off to another new destination: Nepal. Thai Airways had a convenient nonstop flight from Bangkok to Kathmandu, and after converting some of our Chase Ultimate Rewards points into Singapore Airlines Krisflyer miles, we were off on another free flight, this time aboard Thai Airways from Bangkok, Thailand to Kathmandu, Nepal, the 31st country on our year of travels.

Nepal is a country that relies really heavily on tourism. After landing in Kathmandu and finishing the immigration and customs process, more than a half dozen tour guides and “private taxi” operators started calling to us, insisting that they could get us the best deals on sim cards, tour packages, rides into town, etc. We’re seasoned travelers, but being accosted by so many peddlers unexpectedly really caught us off guard.

Kathmandu was a really interesting place. It was the least developed of all the capital cities we had ever visited, with no tall skyscrapers anywhere and dust and dirt everywhere. It didn’t feel like there was any commerce or any major business or trade happening, aside from the constant influx of tourists and omnipresence of tourist agencies trying to sell hiking tours to all of the visitors. 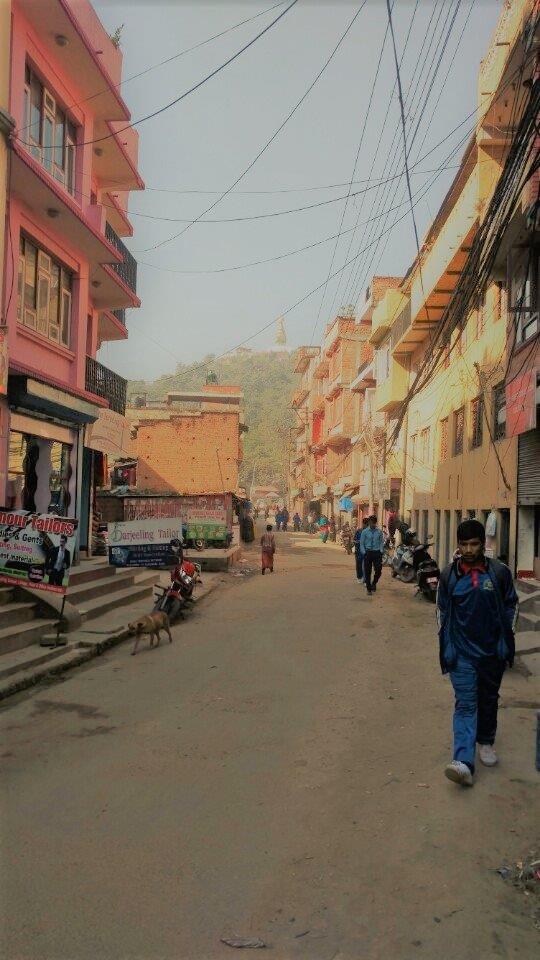 Streets of Kathmandu – very dusty, and less infrastructure than a place like Bangkok 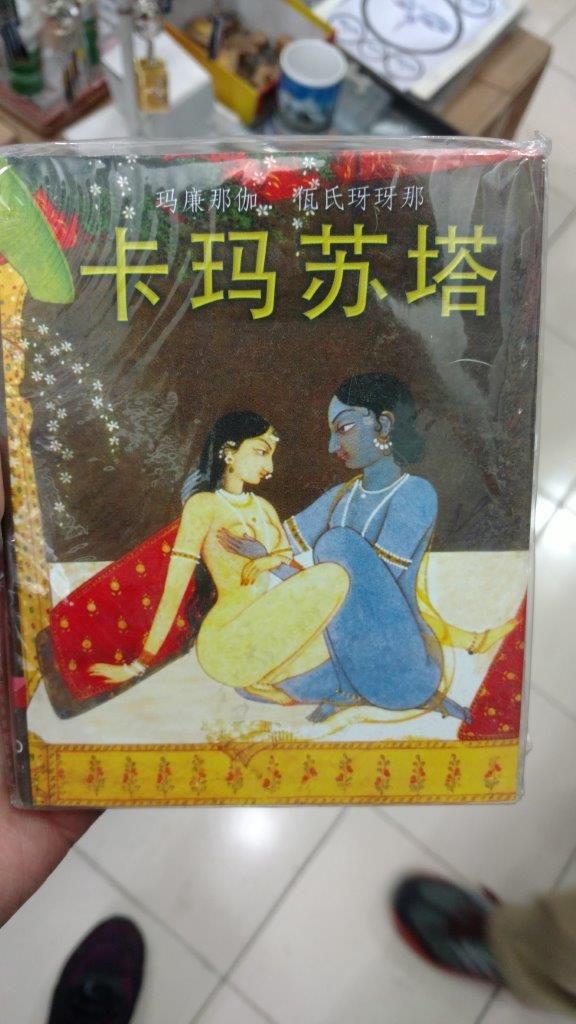 Kama Sutra: Lots of Chinese tourists are all over Asia these days, and the tourist shops now have products translated into Chinese. 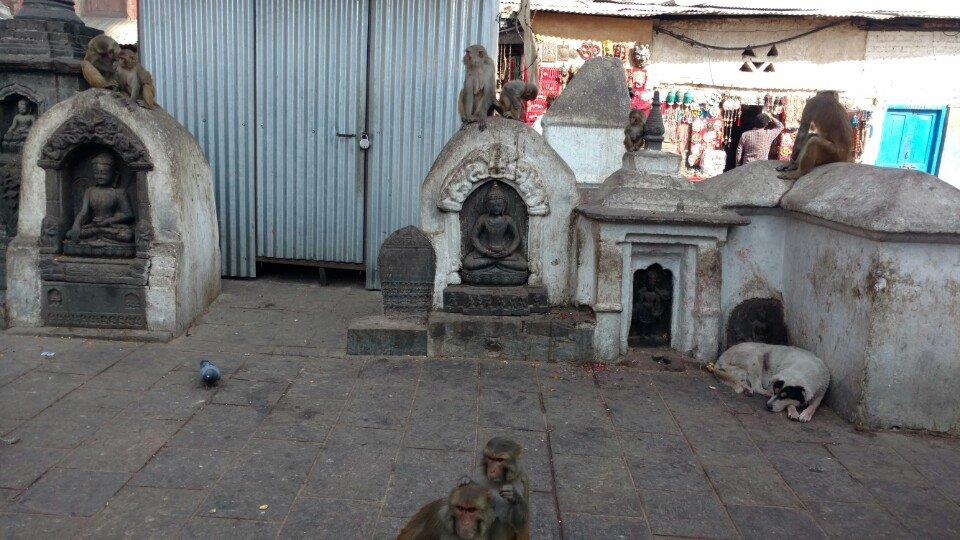 Monkey Temple in Kathmandu – I wonder why they call it that 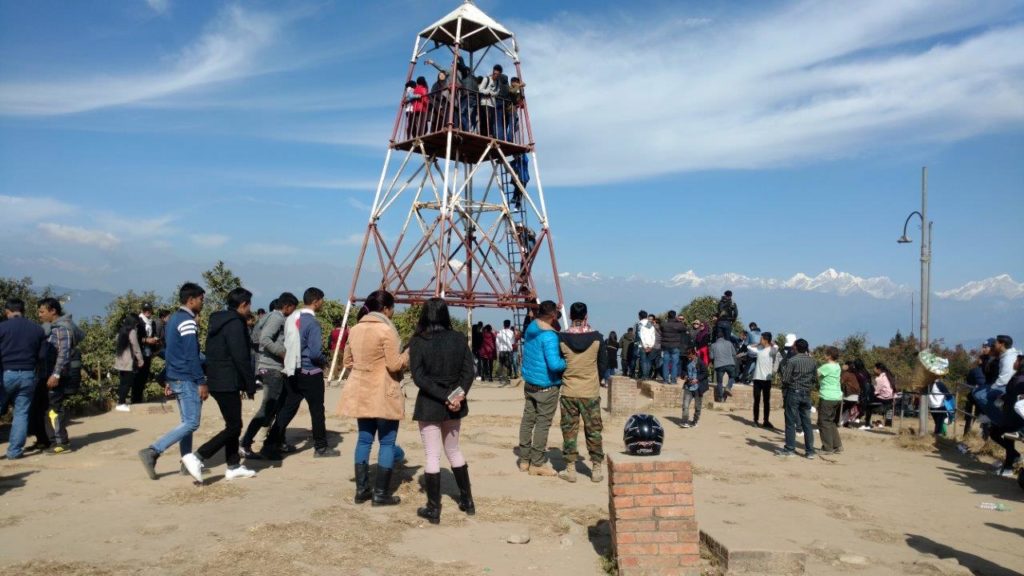 We took a day trip east to Nagarkot, for a better view of the Himalayas… apparently the locals had the same idea!

Kathmandu was amazing, but given how hard it was to find a flight into Nepal, we wanted to be sure to see a second city while we were in the country. We found ourselves with a side trip to Pokhara, a beautiful lakeside tourist town to the northwest of Kathmandu. Its airport’s arrivals terminal was an adorable single building, and we spent a few days relaxing in the nice setting. The major highlight of our time in Pokhara was going paragliding from the nearby mountains. It was so incredible to jump off a mountainside into the wind, just letting it float us down at whatever pace it wanted. 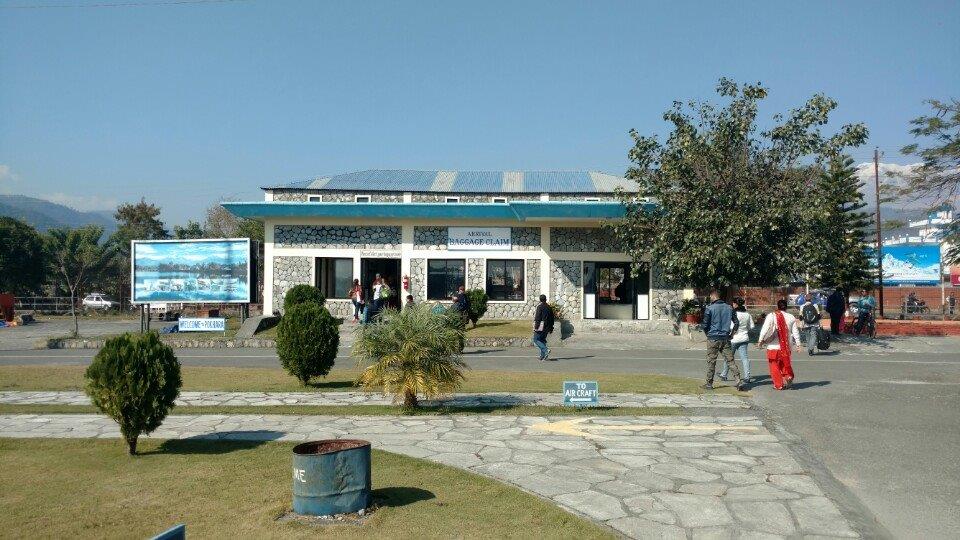 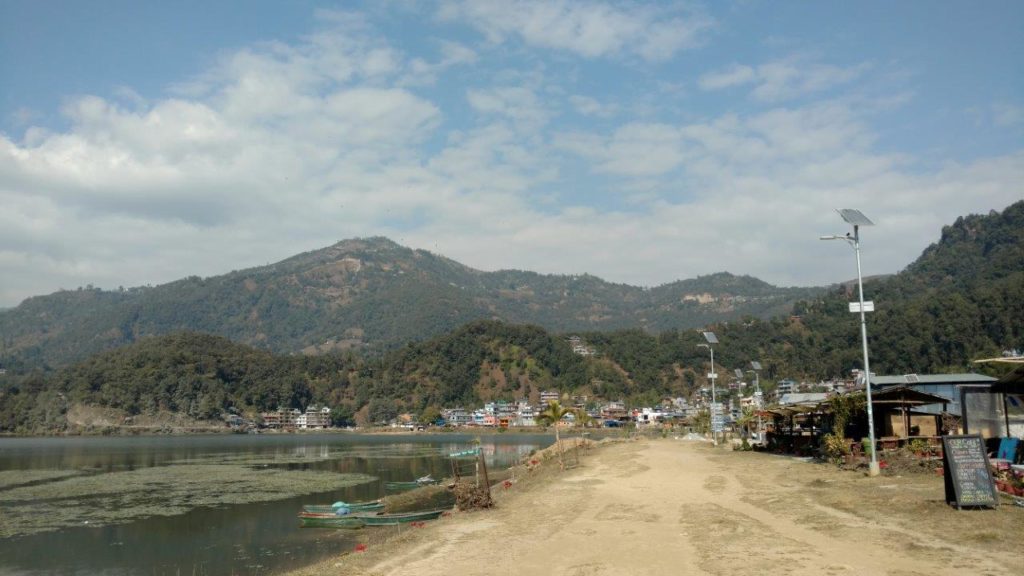 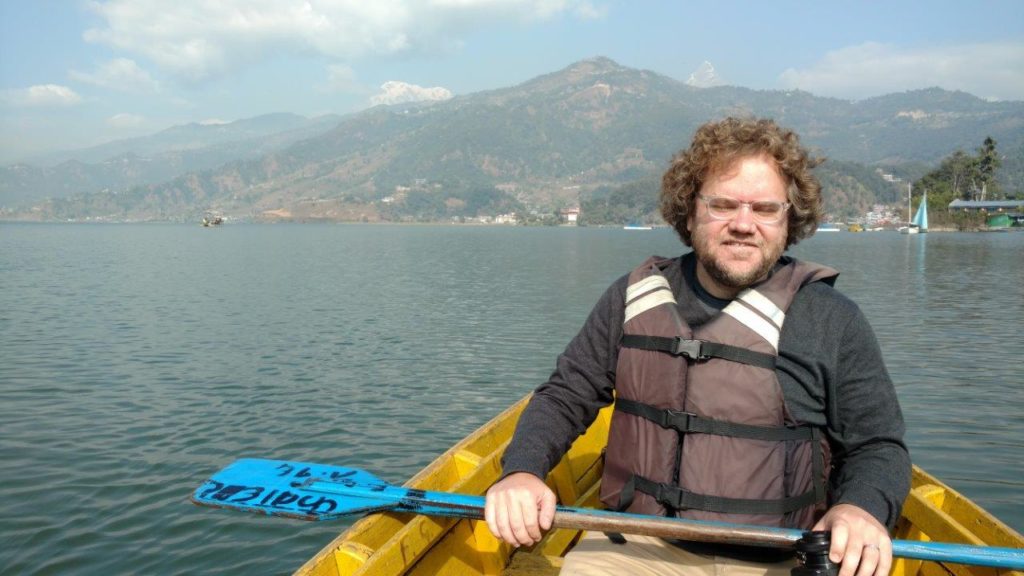 We rented a canoe for a few hours to spend some time paddling. It was really bright though! 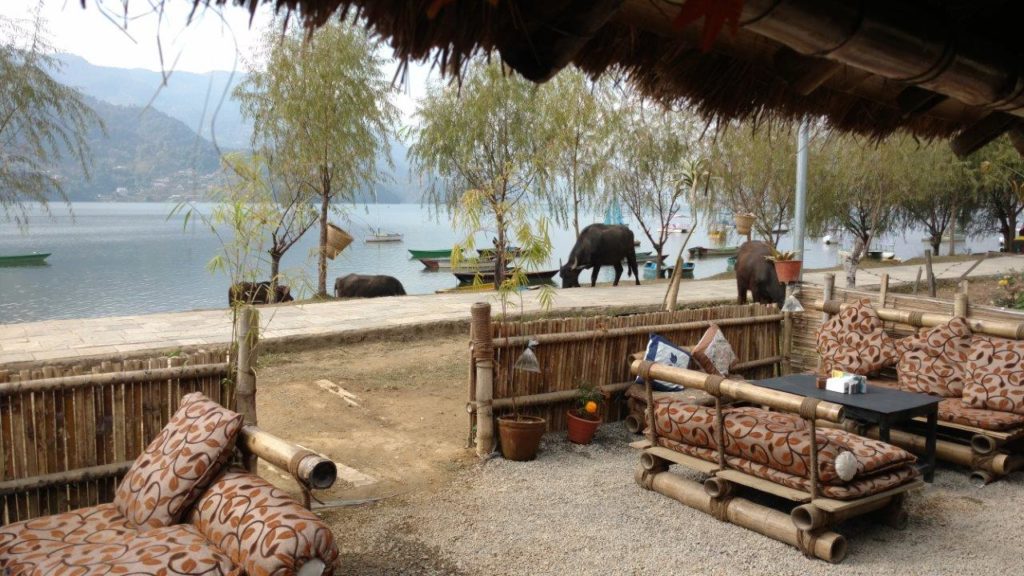 At a lakeside bar and restaurant, some local cows take some time grazing as well.