After an incredible New Years celebration in Sydney, we headed north on New Years Day to Darwin, Australia. We were excited to get out of the major cities for a little while; Darwin is a small town on the northern coast of Australia, near a pair of major national parks. As for flights, remember that Qantas is a member of the Oneworld airline alliance with American Airlines, and flights within Australia and New Zealand are a flat 15,000 miles per person, regardless of distance within Australia. This flight was over four hours, so we decided to use enough miles (a relatively small 20,000 per person!) to get ourselves some nice business class seats up to Darwin. 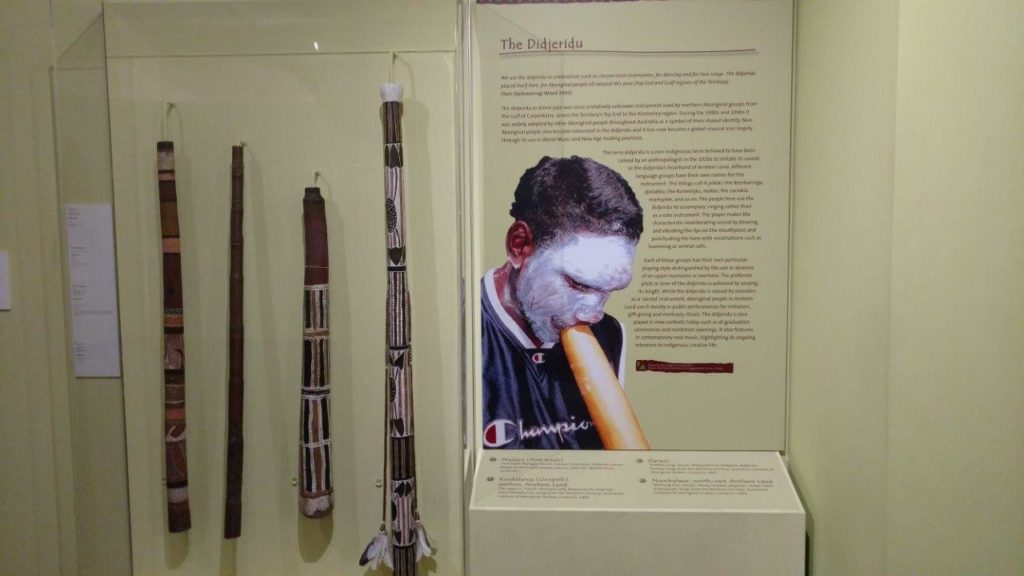 The Museum of the Northern Territory has a great exhibit about indigenous people’s traditions. He might have some non-traditional garb on though? 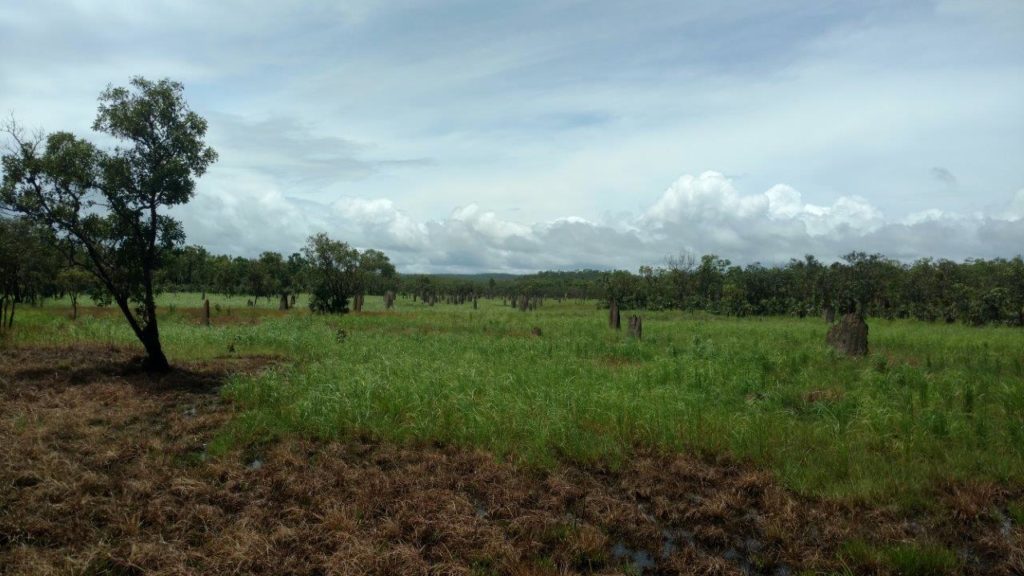 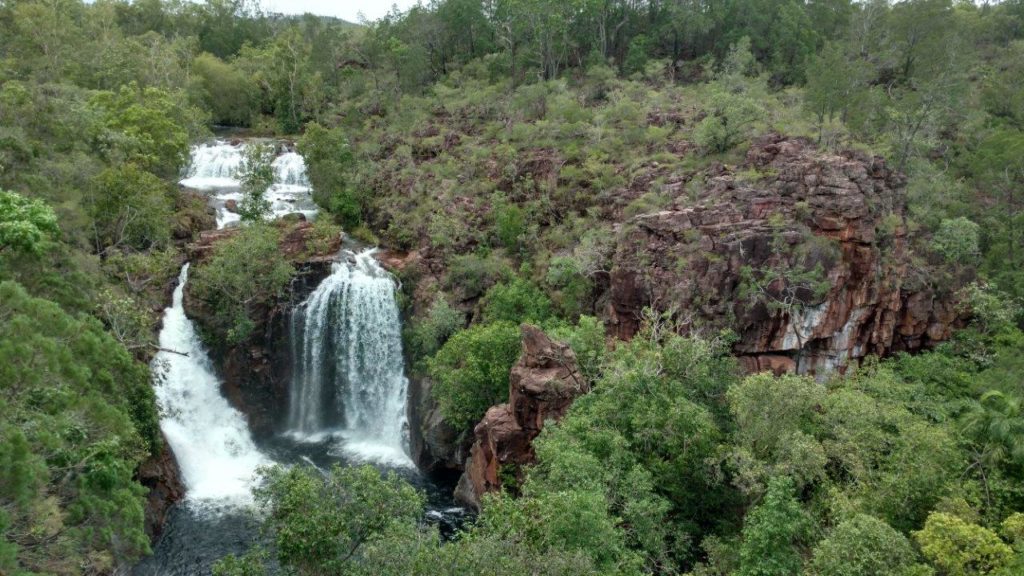 We had a great time in Darwin, and afterwards we hit the biggest highlight of our time in Australia: Uluru. Uluru is also commonly known as Ayers Rock, after an Australian politician of the 19th century. It’s essentially a giant rock in the middle of nowhere in central Australia. The Australian Outback is unforgiving: hot, humid, and deadly. Right in the middle of it all, Uluru rises like a beacon out of nowhere. It was truly a beautiful sight to behold, but while visiting in the middle of summer, we found ourselves parched in 110+ degree heat and trying to fit all of our day’s activities into the period before 10:00 AM when things became too hot! I’ve also never been around so many flies in my life; if you were to stand still, there would be over a dozen on your face within twenty seconds. We finally had to buy ourselves fly net facemasks even to walk around! 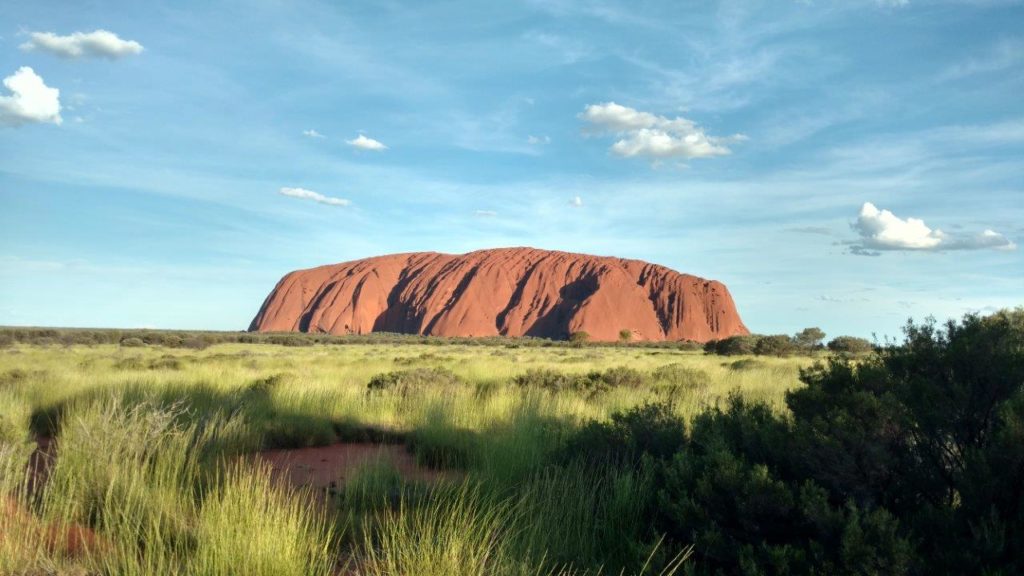 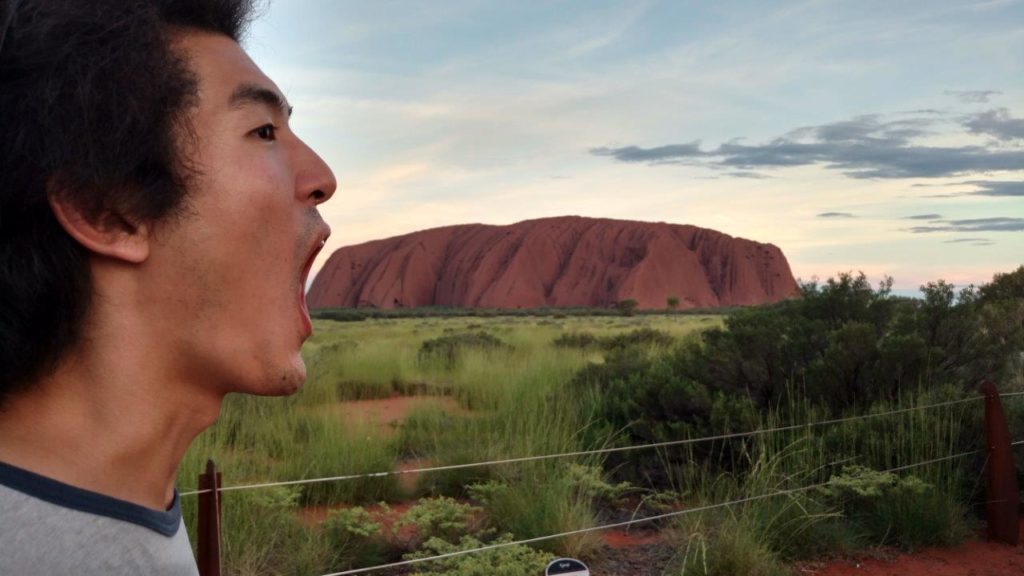 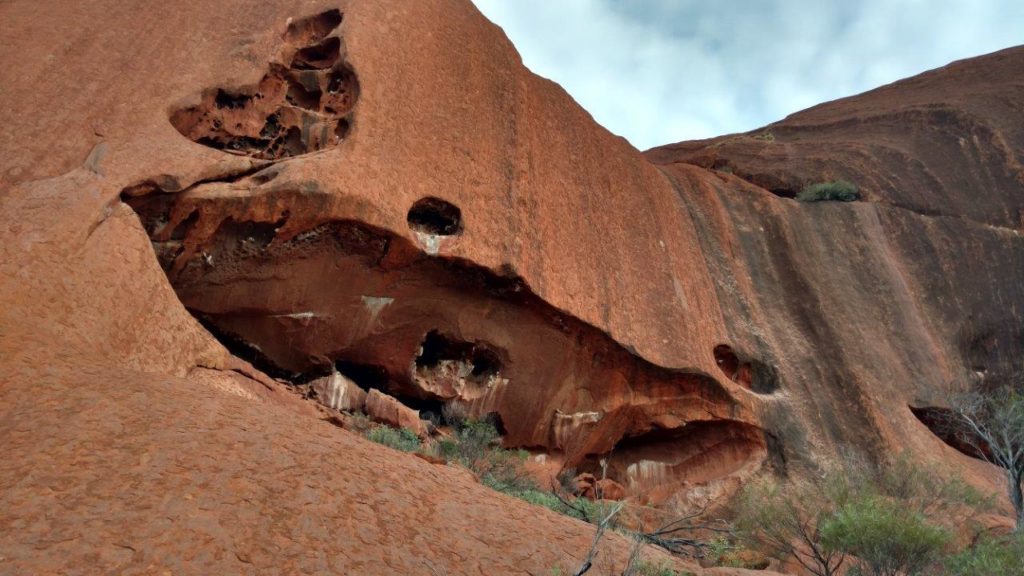 The indigenous people who lived here before European colonizers used the caves and greenery around the rock as shelter. 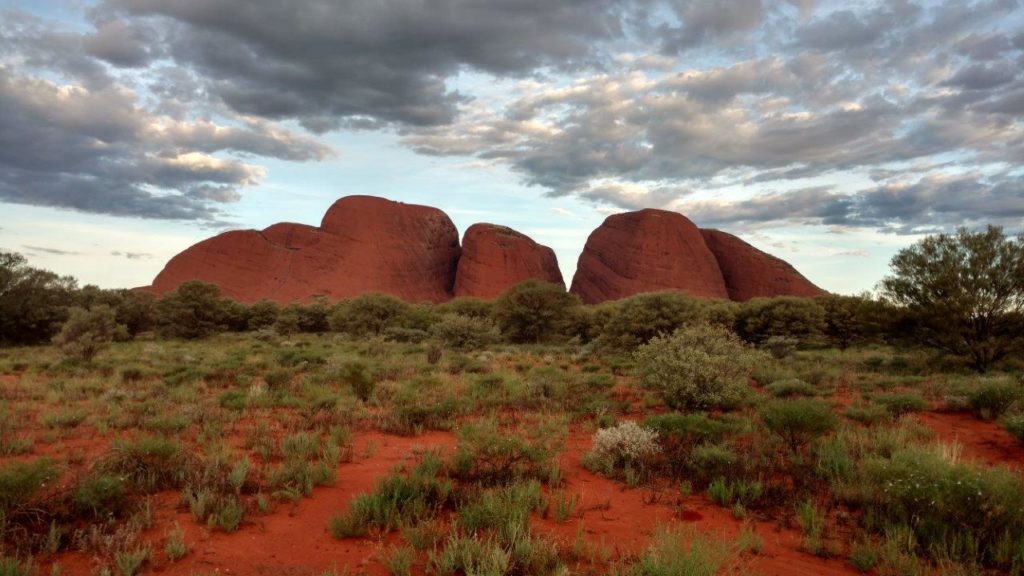 Instagram life vs real life. Pretty, but SO MANY FLIES.

After Uluru, we did spend some more of our American Airlines miles, taking a nice Qantas flight down to Adelaide. Our tour of Australia was nearly complete, and we had a great time in the capital of South Australia. We made sure to get some relaxation time in while we were in Adelaide, preparing for an exhausting two weeks in New Zealand immediately afterwards, and also had a fun morning searching for a dentist with immediate availability to see Charley, after he chipped part of his tooth on breakfast. The local Aussies were really helpful trying to find us a dentist with an available timeslot! 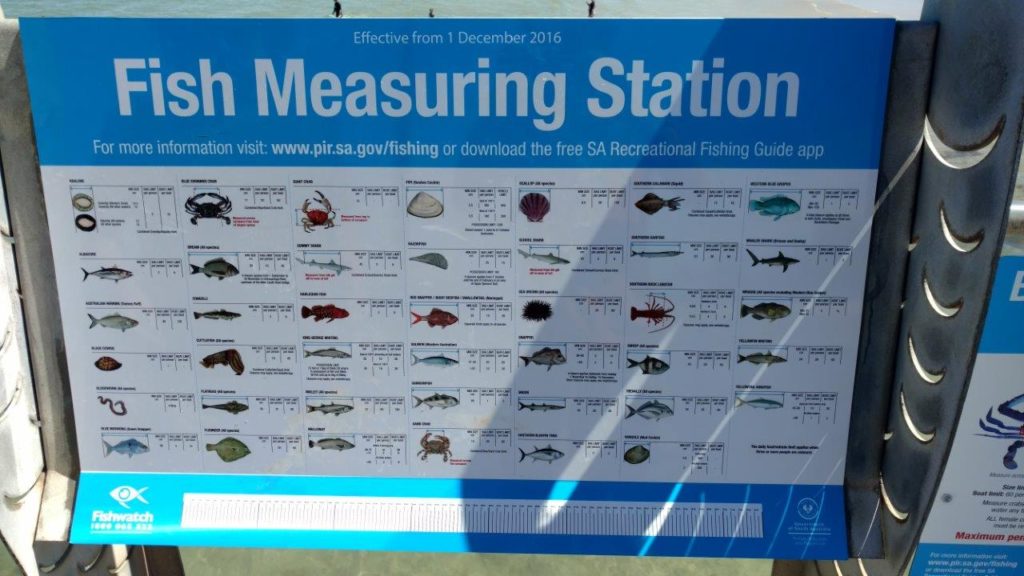 The public pier and beach in Glenelg (near Adelaide) was packed with people fishing, along with public signs describing how large fish had to be in order to keep them. 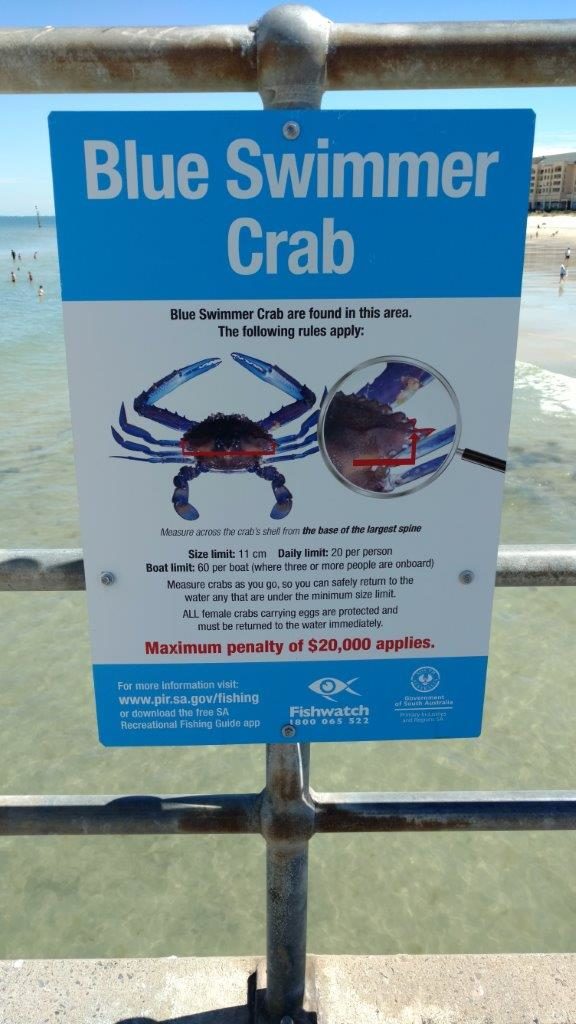 Crabs need to be measured too! 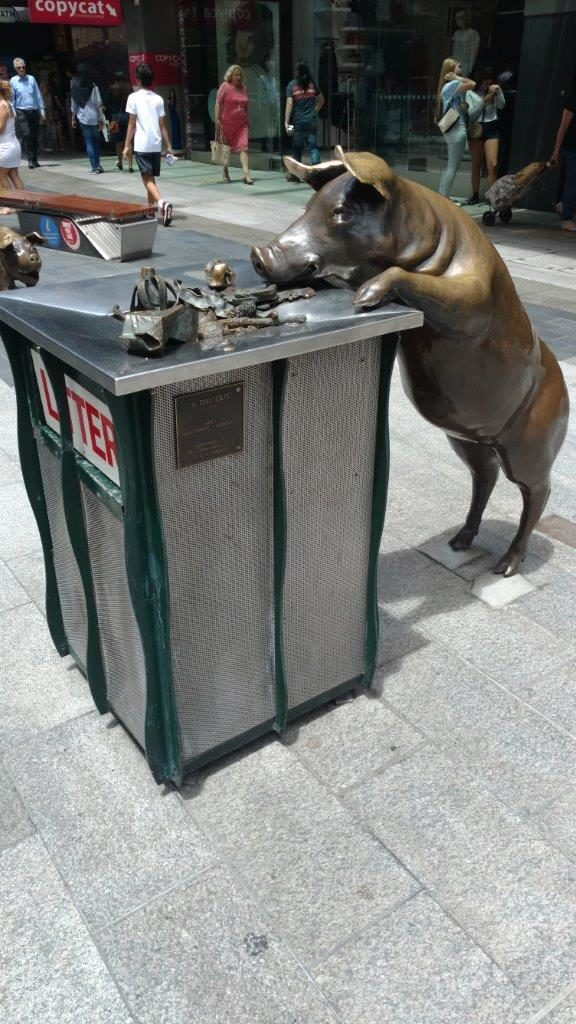 This street sculpture caught me off guard! Oink oink! 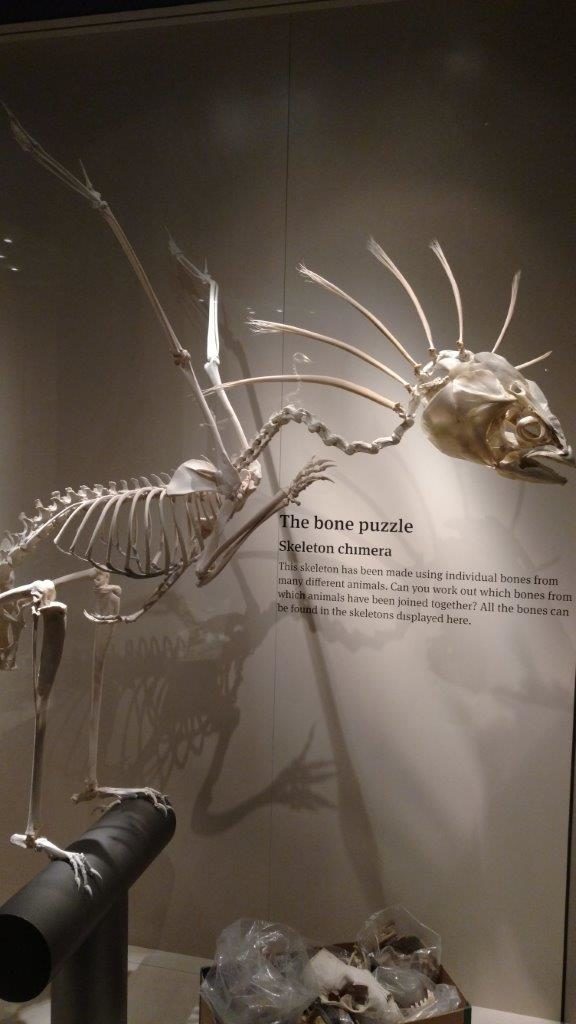 The South Australian Museum in Adelaide has this particular “skeleton chimera” that I find TERRIFYING.