After a quick overnight flight from Adelaide (via Melbourne), we arrived in Christchurch, New Zealand on Sunday, January 14, 2017! This was the first time for either of us to visit New Zealand, and we couldn’t wait. We have plenty of friends who have visited, and not a single one of them has ever had anything bad to say about the country. We were really excited to see it for ourselves, but we definitely have one complaint: it was by far the most expensive place we’ve visited in 9 months of travel!

For those not familiar, New Zealand is a country in the middle of the Pacific Ocean, east of Australia by a few hours’ flight, and made up primarily of two islands. The entire country has under five million citizens, with 80% of them living on the North Island. (The majority of those live in the northern half of the North Island, in and near the largest city Auckland.) The South Island is sparsely populated, with about 300,000 residents in its largest city Christchurch, and smaller towns dotting the rest of the island. We started our travels by seeing the sights of the South Island, and everything we saw was absolutely beautiful.

We started in Christchurch for a couple days, making sure to stop by the local wildlife sanctuary / zoo. I think wallabies may be the most adorable of all the strange wildlife in this area of the world:

With those couple days, we went shopping for camping supplies. New Zealand is so expensive that it turned out to be a lot cheaper to spend a few hundred dollars on camping gear and then rent space at campsites, than to stay in hotels and motels as we drove around! 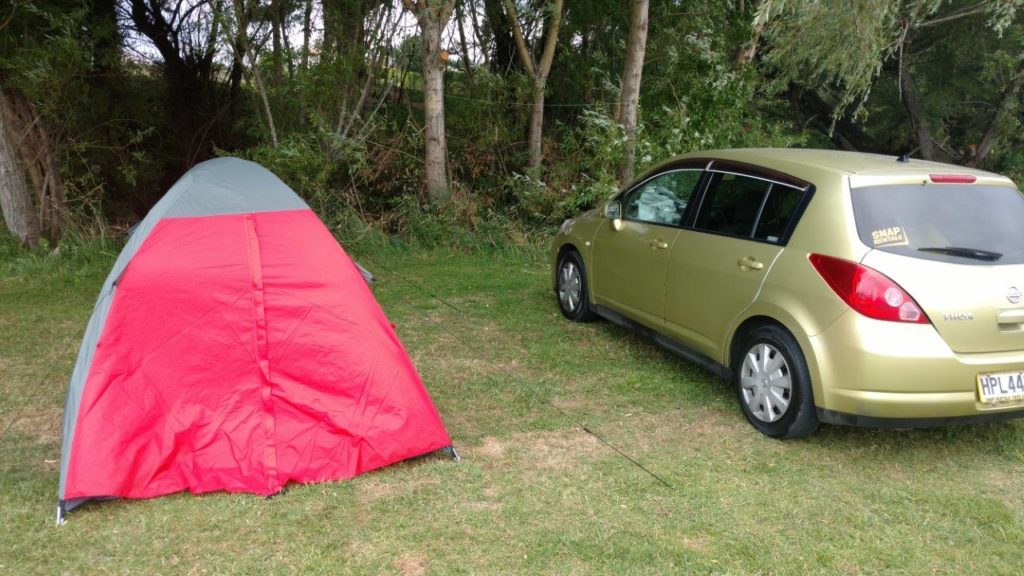 Our first stop outside the city was the Moeraki Boulders near Otago. They’re naturally formed and nearly perfectly round. I must have read the explanation online for their formation a half dozen times, but I don’t think I’m fully understanding how they became like this: “The Moeraki Boulders are concretions created by the cementation of the Paleocene mudstone of the Moeraki Formation, from which they have been exhumed by coastal erosion.” 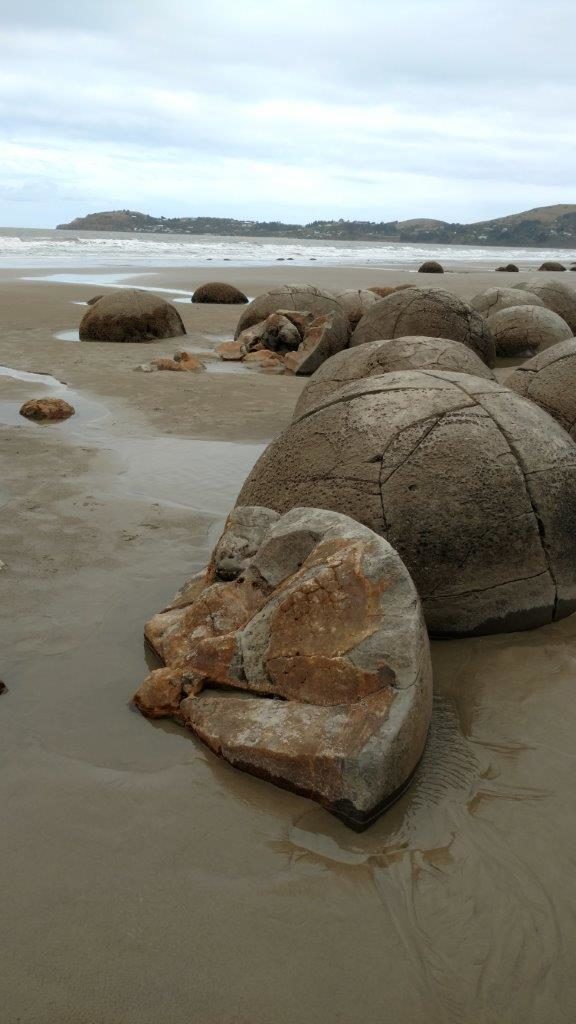 Moeraki Boulders: How are they so round? 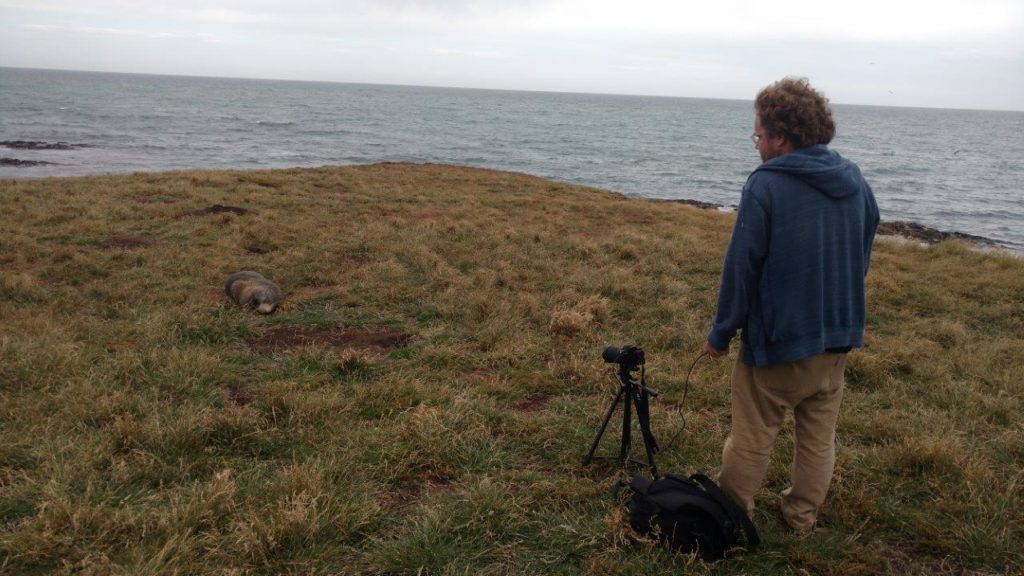 Nearby, Charley and I spied this seal who clearly DGAF about the people around him.

To be blunt, absolutely everything we saw was stunningly beautiful. It was really nice to spend some time doing some natural sightseeing instead of just going between major world cities. As you drive around New Zealand (on the left of course!), you see so many signs for lookout points and points of interest; every single one that you have time for is worth the effort. 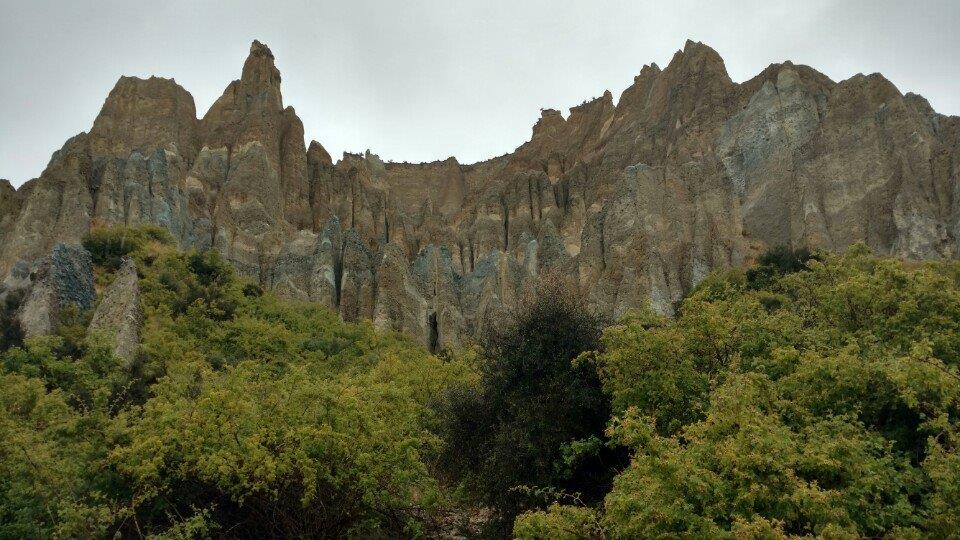 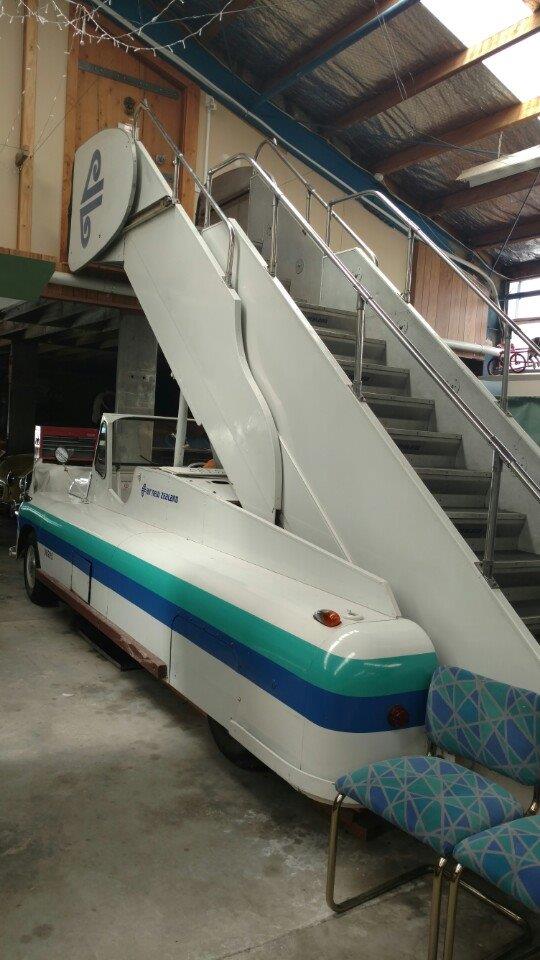 I can’t even recall all of the lookout points and points of interest we stopped at, but every time we saw a sign, we made an effort to stop if we had the time. 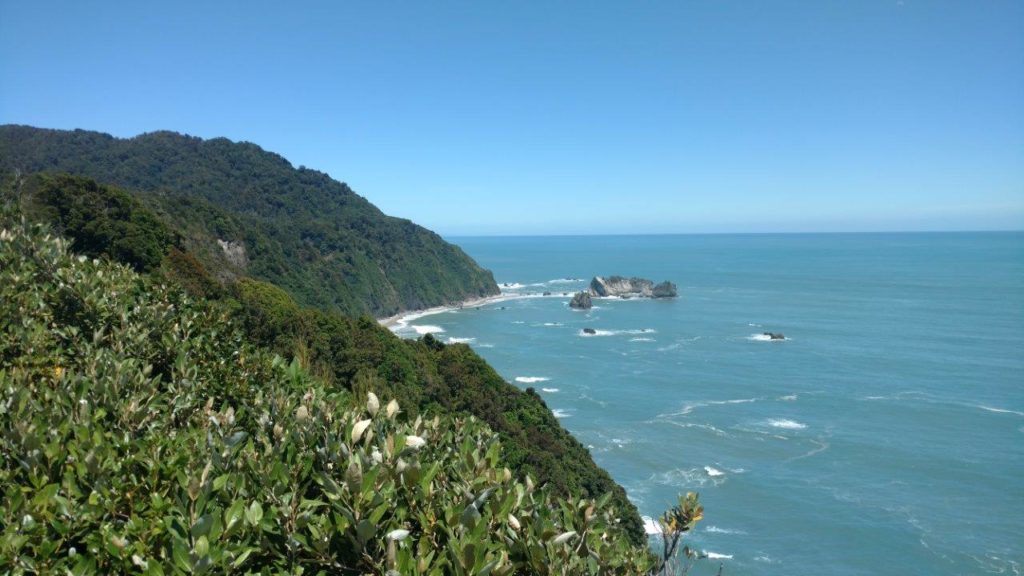 The scenery is so-so I guess.

Along the even less populated western coast of the South Island, we stopped in at the beautiful Fox Glacier and Franz Josef Glacier. I’m not sure more descriptions can really do justice to the beauty of the area. 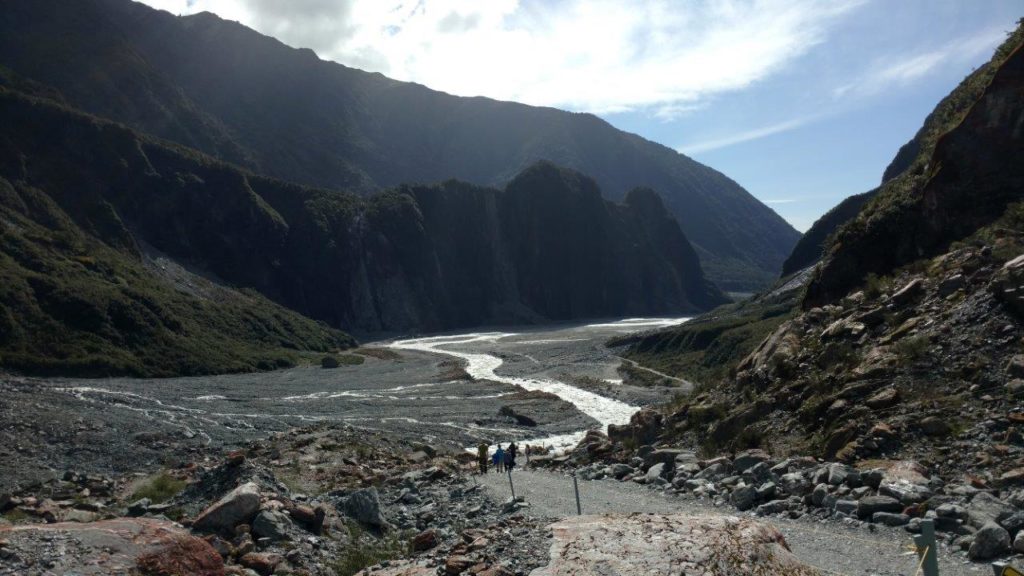 The walk to Fox Glacier 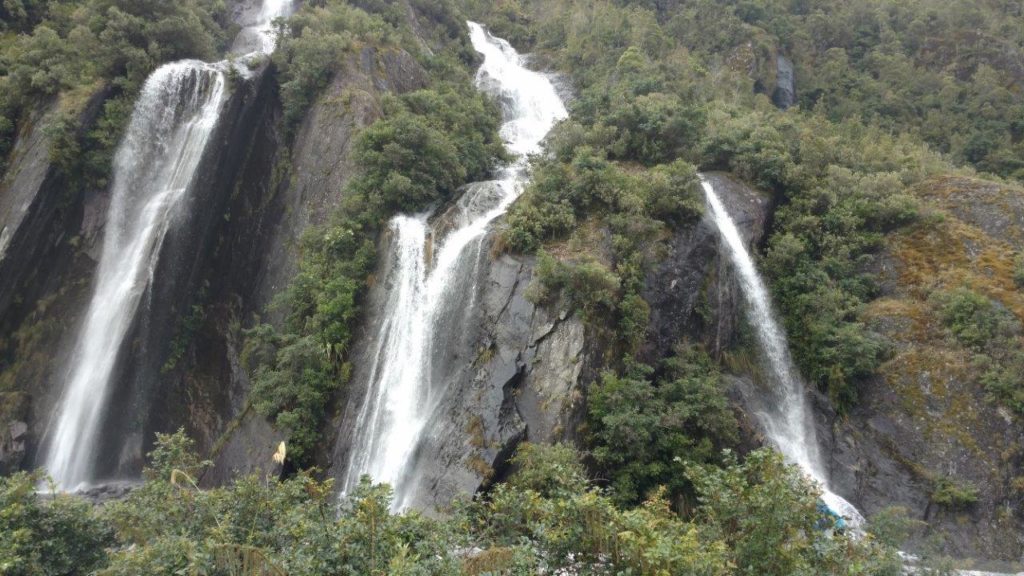 Spied on the walk to Franz Josef Glacier 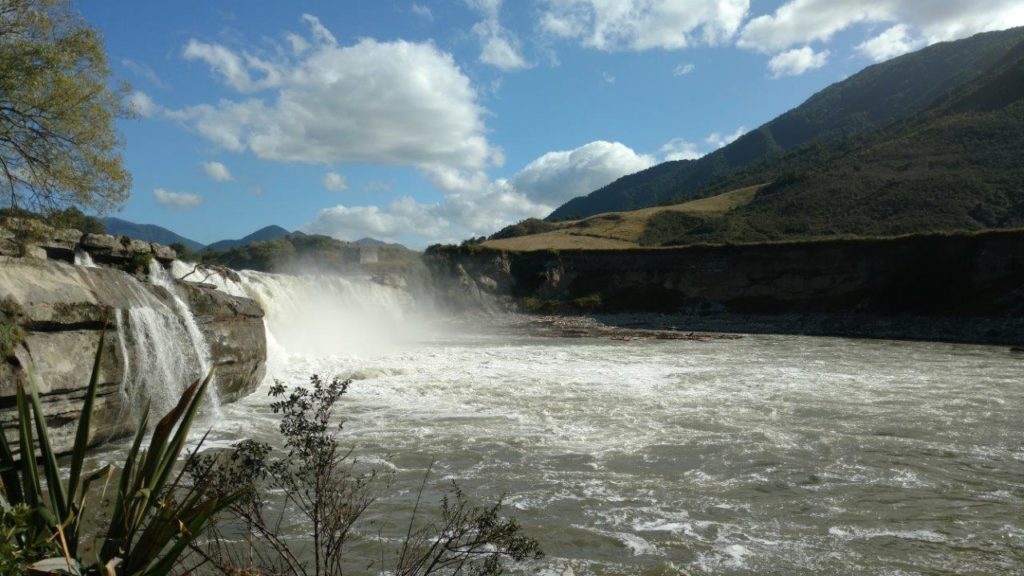 Perhaps the most expensive (and delicious) experience we had in the South Island was a day tour we booked to see vineyards around Marlborough County, the wine region of New Zealand. It’s true we’re normally more beer people than anything else, but it seemed pretty ridiculous to spend so much time in New Zealand and not try some of the incredible Sauvignon Blancs they’re known for! 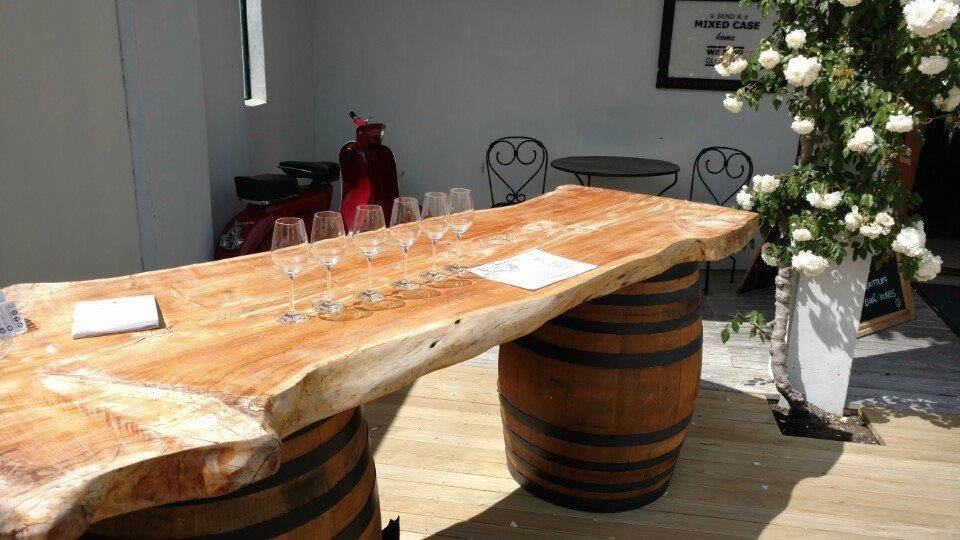 We had such a great time, we were doubtful that time on the North Island would be able to top it. You’ll read for yourself soon enough how it went.