Early on Friday, February 24, 2017, we flew from Buenos Aires, Argentina to Rio de Janeiro, Brazil. We flew into Rio just in time for their annual Carnaval celebration, and we were really excited to experience it. (Side note: Flights were insanely expensive, and much more than we had expected, but luckily, Brazilian airline Gol is a member of the Skyteam airline alliance, and only 12,500 Delta Skymiles and $60 per person was plenty to have us on our way to Carnaval!)

There doesn’t seem to be any agreement whether it should be spelled Carnaval or Carnival, but either way, the event is a giant party where nearly the entire city closes down, and the entire population spends their days and nights partying on the streets in blocos (block parties). Everyone dresses up and seems to be incredibly happy at all times, with tons of alcohol (and drugs) flowing in public. It was incredible to witness, but it lasts for over a week, and Charley and I kept thinking to ourselves that if we had to do it over again, we would only want to experience it for a day or two! 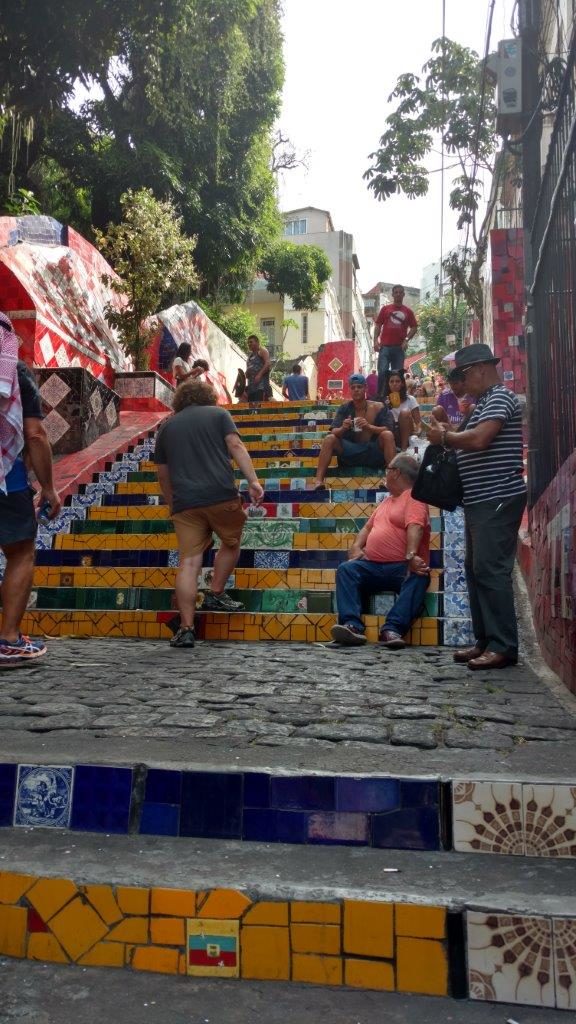 Charley goes up the famous Selaron Steps. Our rental apartment was at the top, so several times a day we got a lot of exercise! 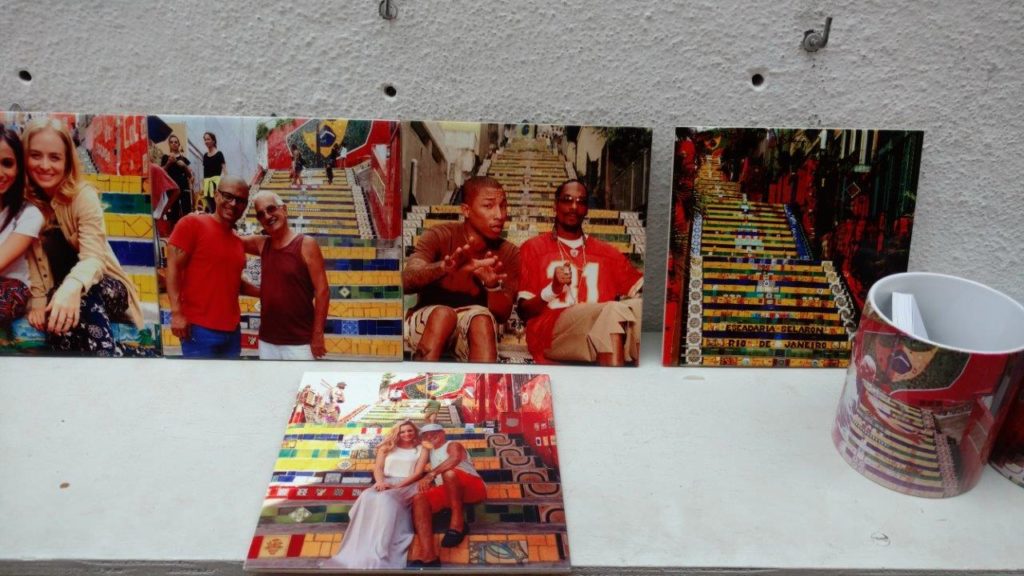 I suppose famous people have enjoyed their time on the Selaron Steps as well. 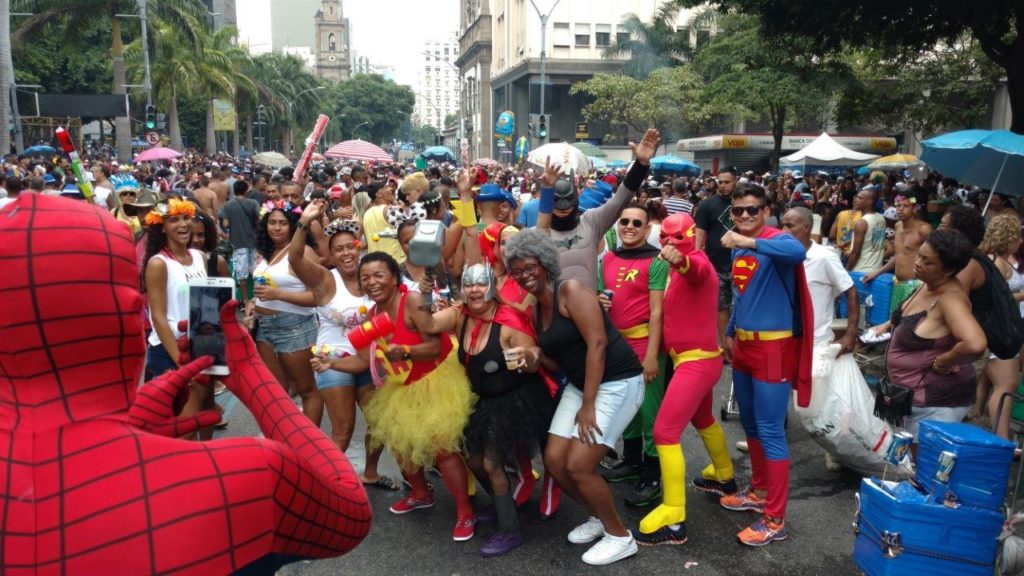 Everyone LOVES to dress up for Carnaval. Superheroes are a common theme, as well as some more risque outfits as well. 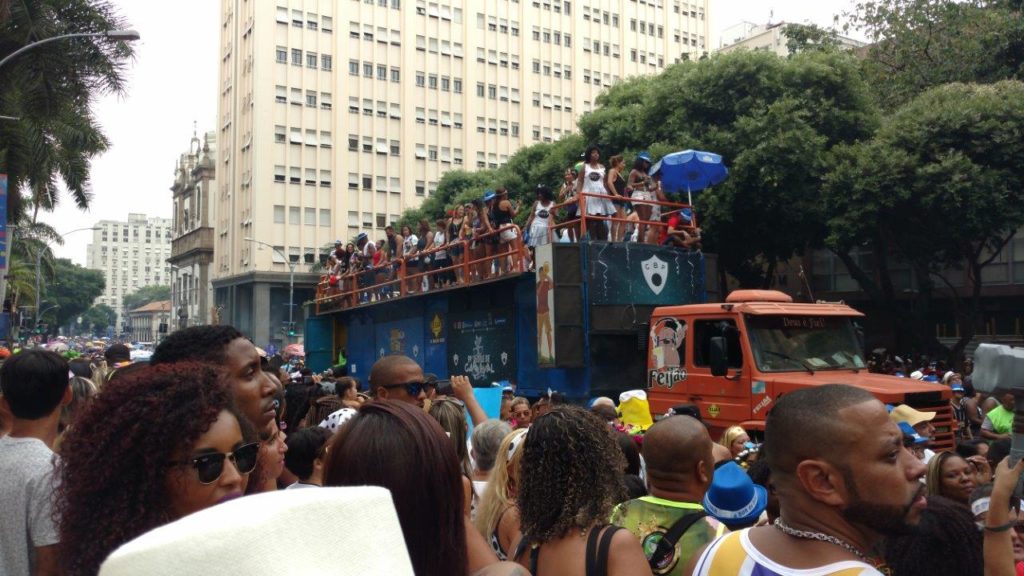 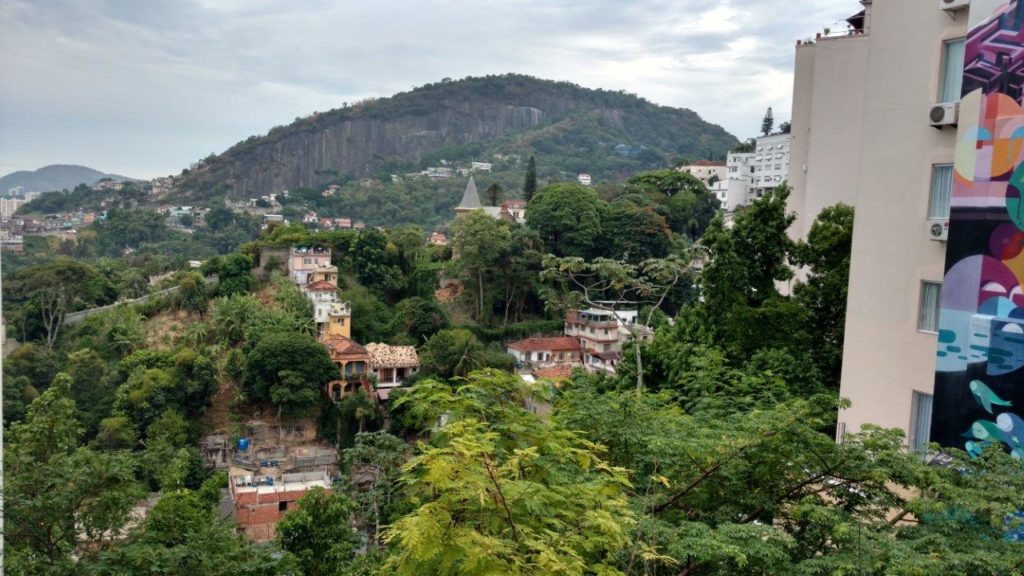 Beautiful view from near our rental apartment 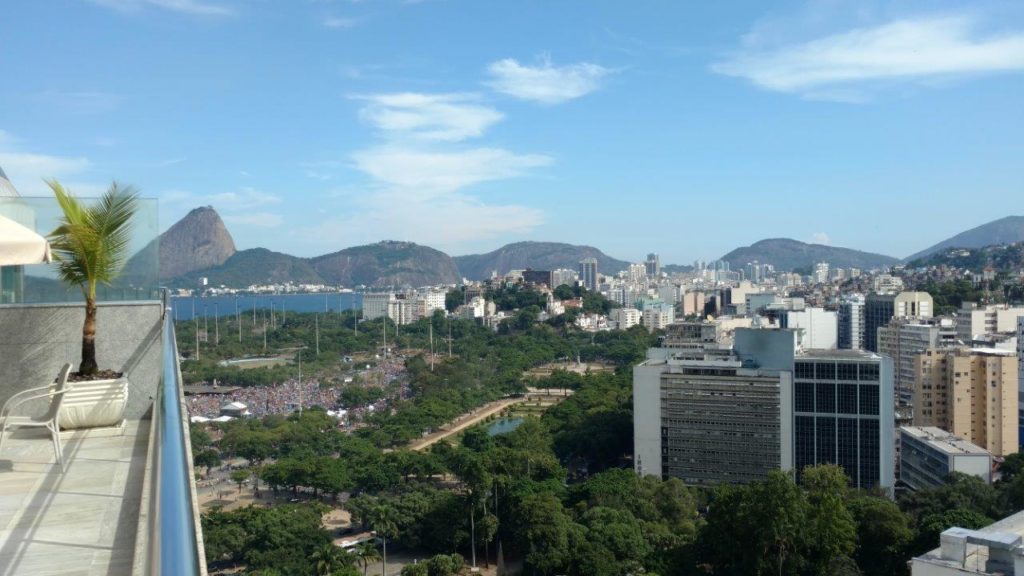 In the bottom-left quarter of the picture, you can see the block party getting started and the mass of people there.

Perhaps the most elaborate part of Carnaval is the annual Samba competition that takes place at the Sambadrome. Every night for a week, all of the Samba schools in the city put on a parade, and each night spectators come to see the show. We attended on February 27, one of the final nights, and it was absolutely incredible. Each and every parade was more elaborate than anything I’d ever seen. There were six competitors, and each school/parade had over an hour of time, but the show didn’t start until 10PM! By 3:30AM, we had seen four of the six competitors and were falling down we were so tired, so we headed back to catch some sleep. What an amazing time! 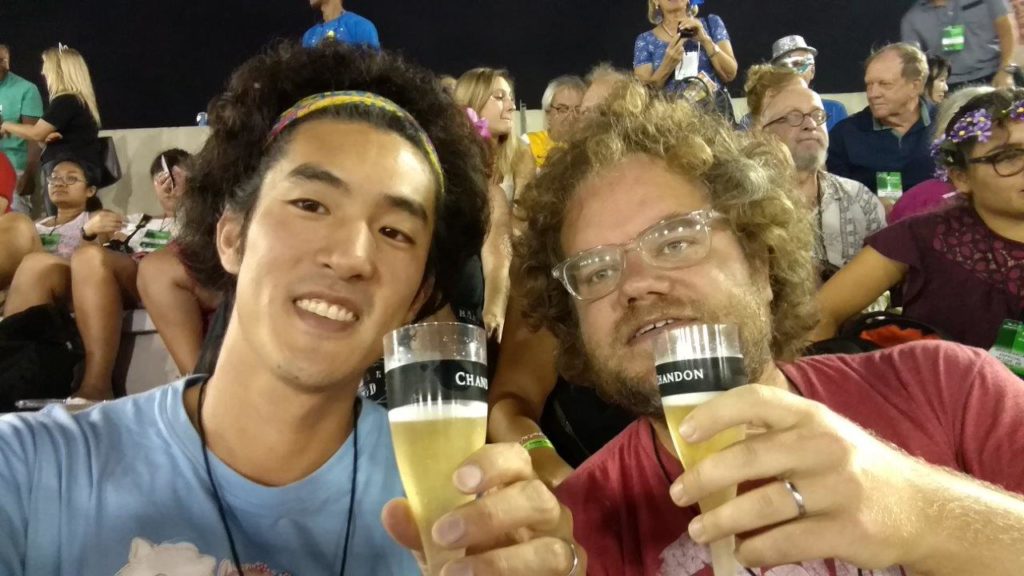 Cheers from the Sambadrome! 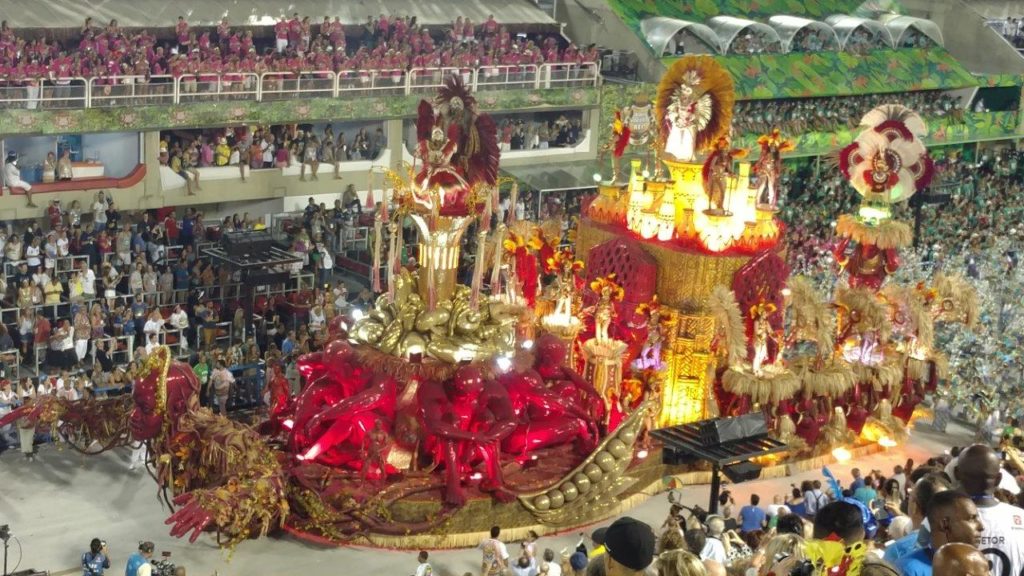 Floats and costumes are so elaborate; it’s mind-blowing. 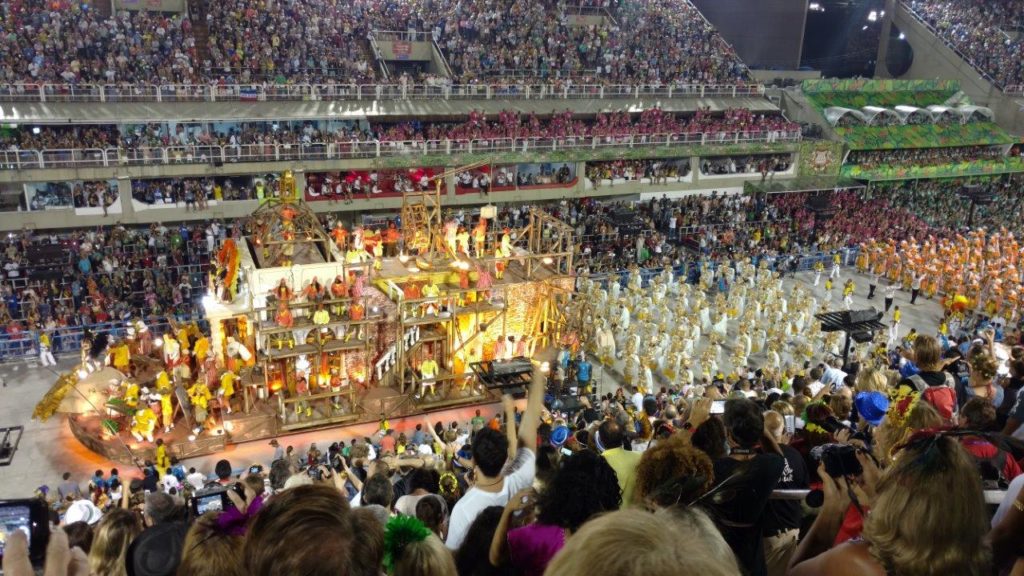 Each photo here isn’t even 10% of one parade, and there were SIX parades. 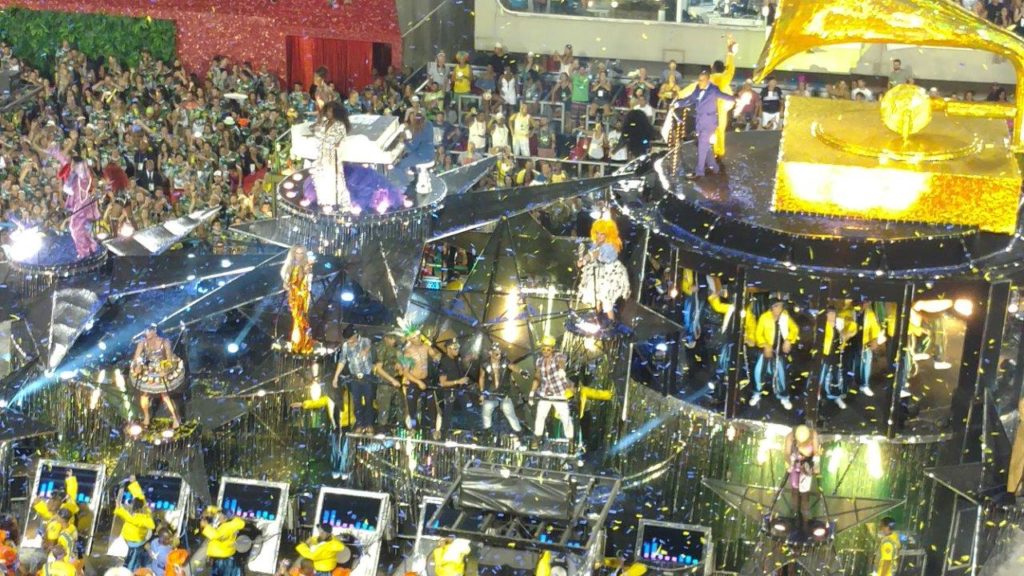 Look carefully: I think the Village People made an appearance! 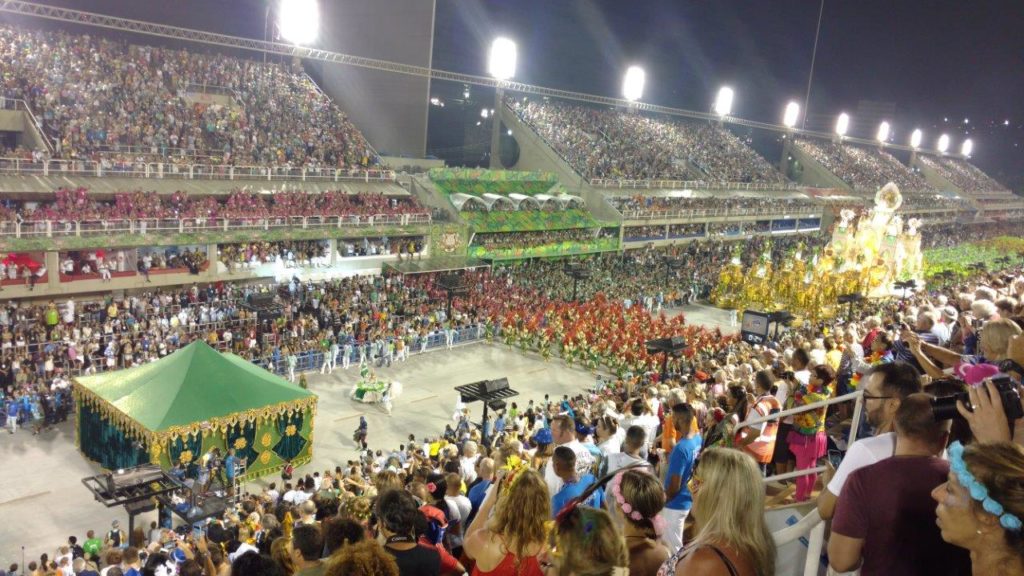 I couldn’t catch it on film, but this green tent housed a drone decorated like a flying carpet, so Aladdin would come out flying through the air every so often.

Carnaval was completely overwhelming and fun, but we made a note to ourselves that we’ll have to visit Rio de Janeiro sometime when it’s NOT Carnaval time. I think the city will have a whole different set of experiences to offer! Chau, Rio! 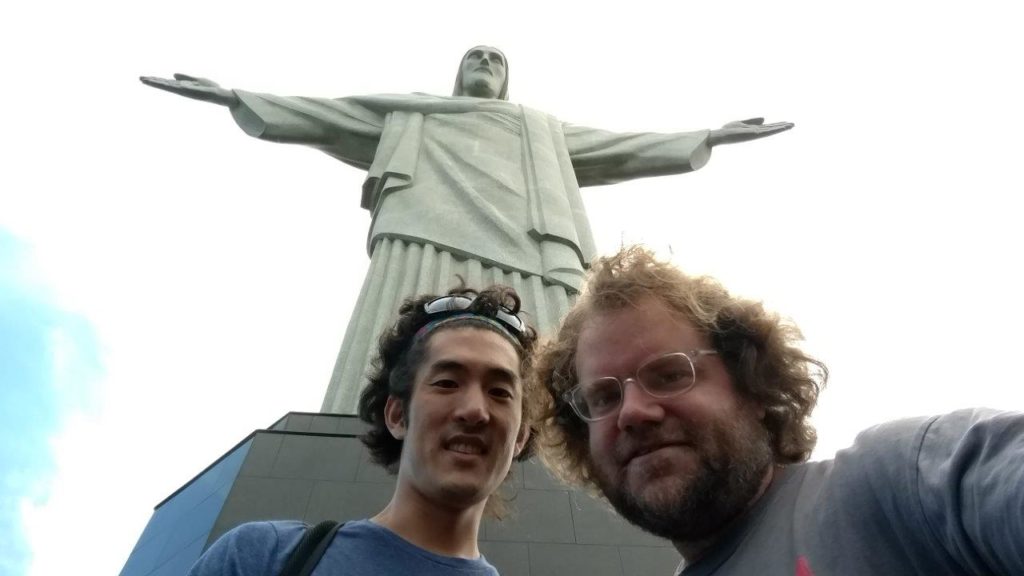 Rio de Janeiro for the first time: how could we not visit Christ the Redeemer?