On Sunday, March 19, we took a short flight west from Quito, to Santa Cruz island in the Galapagos. Visiting the Galapagos Islands was a complete dream come true, with so much unique wildlife to experience and see while we were there, we had a really great time. (Before reading this recap, be sure to check out Charley’s pictures here, which are, as always, incredible.) 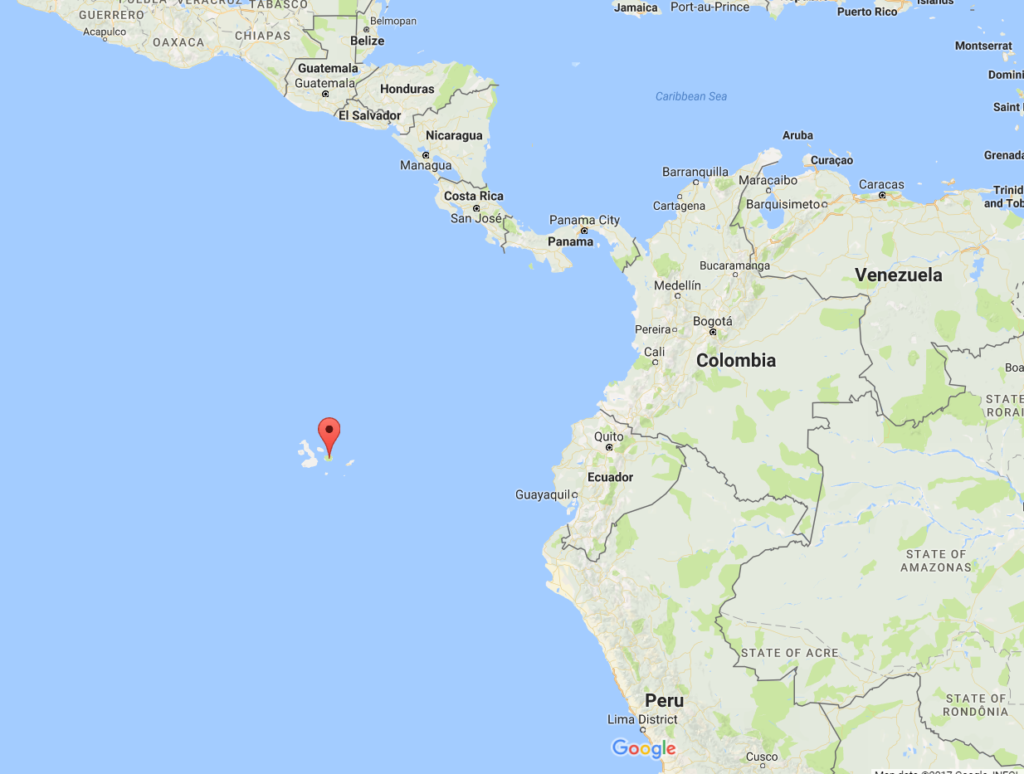 Santa Cruz Island and the rest of the Galapagos Islands, in relation to Central and South America

Many people who visit the Galapagos Islands opt to take a luxury cruise, where a boat meets you at the airport and takes you around the islands for a week of luxurious sightseeing. The prices for cruises start at $900 per person (if it’s only 2 full days, booked at the last minute, and paid for in cash) and can reach upwards of tens of thousands of dollars! Flying there on your own and looking for your own hostel or hotel accommodations is another (far more affordable) option. Part of the reason we stayed in Quito so long was waiting for the day we found the cheapest flights to the islands; after nine days, off we went!

We flew to Santa Cruz Island, which has the larger of the two airports in the islands, as well as the highest local population. We were impressed how much the island felt like a typical tourist destination, with tons of travel agencies everywhere selling day tours, and tons of small souvenir shops selling T-shirts, keychains, and all the other typical tourist takeaways. 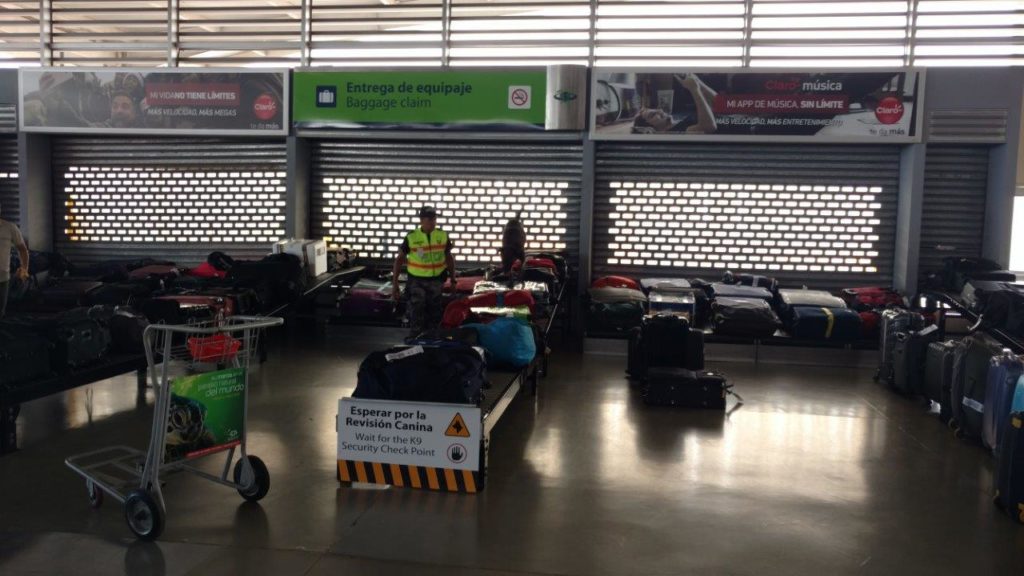 Dog inspection for luggage contraband sure is adorable! 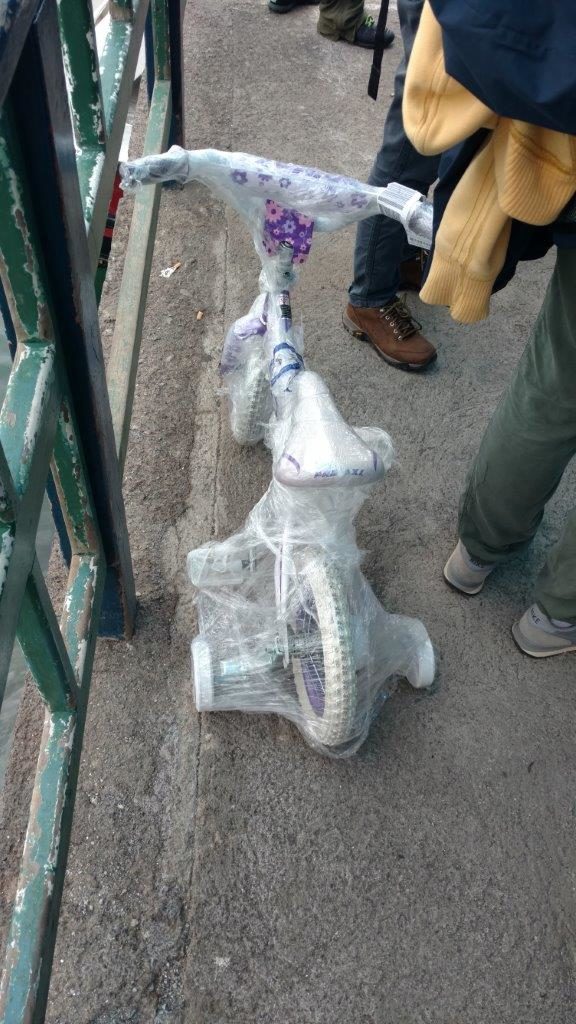 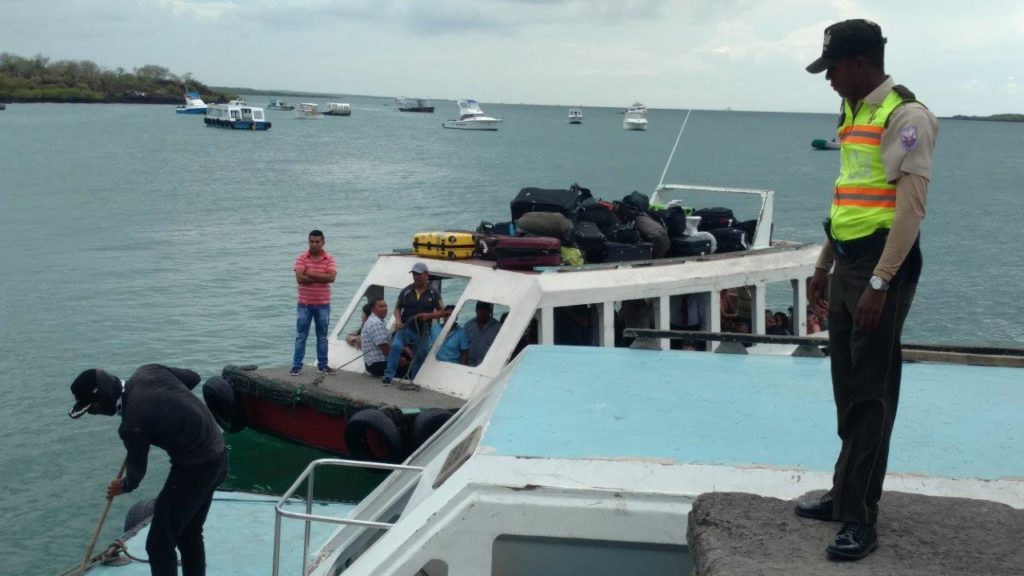 After arriving at Santa Cruz airport in the Galapagos, you have to take a ferry to get to the actual island. Their luggage policy is… insecure.

We saw more nature than we wanted right away, outside our hostel front door. Gross:

Despite the touristy atmosphere of the island, Santa Cruz was a great place to visit the Charles Darwin conservancy center, where we saw plenty of tortoises being raised in safe conditions, as well as El Chato tortoise reserve, where several wild tortoises had seen their wildlife areas protected. 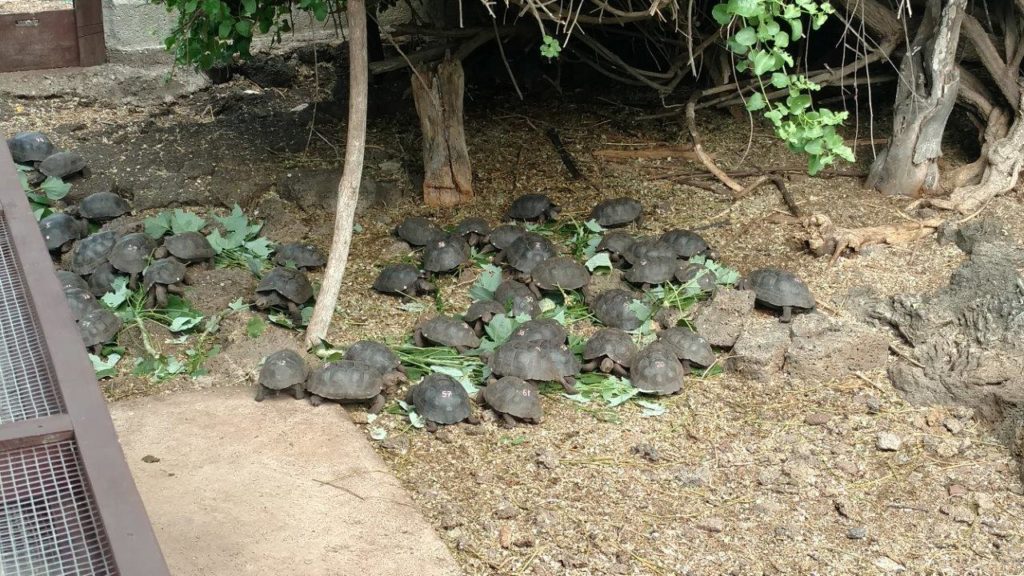 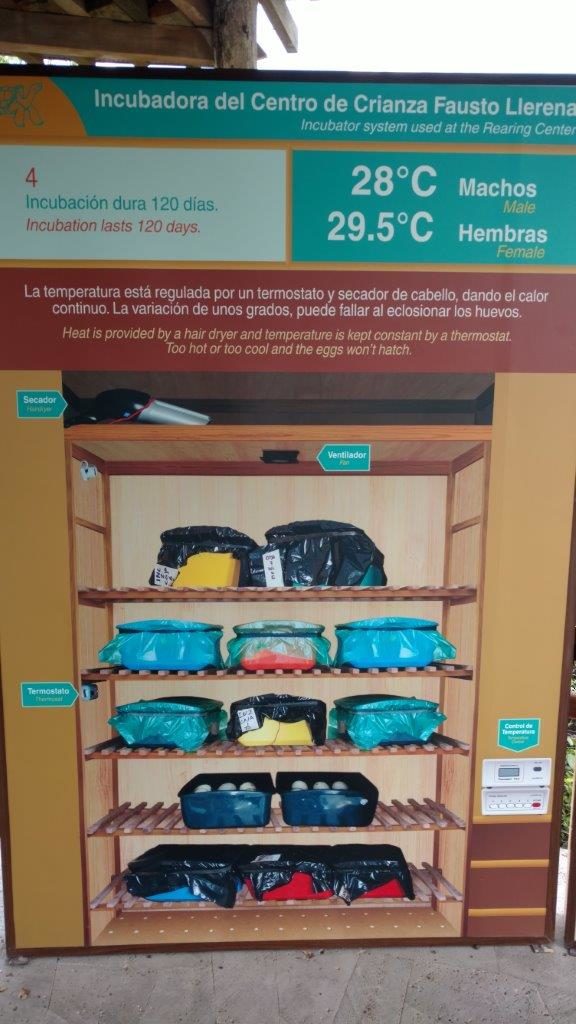 WHAT: “Heat is provided by a hair dryer…”

If you haven’t heard of Lonesome George, you should read up on him. He was the last known individual of his subspecies and died in 2012, known bittersweetly as the rarest creature in the world. After he died in 2012, taxidermists in New York made sure that he would be preserved, and his body now stands proudly at the Charles Darwin research station. 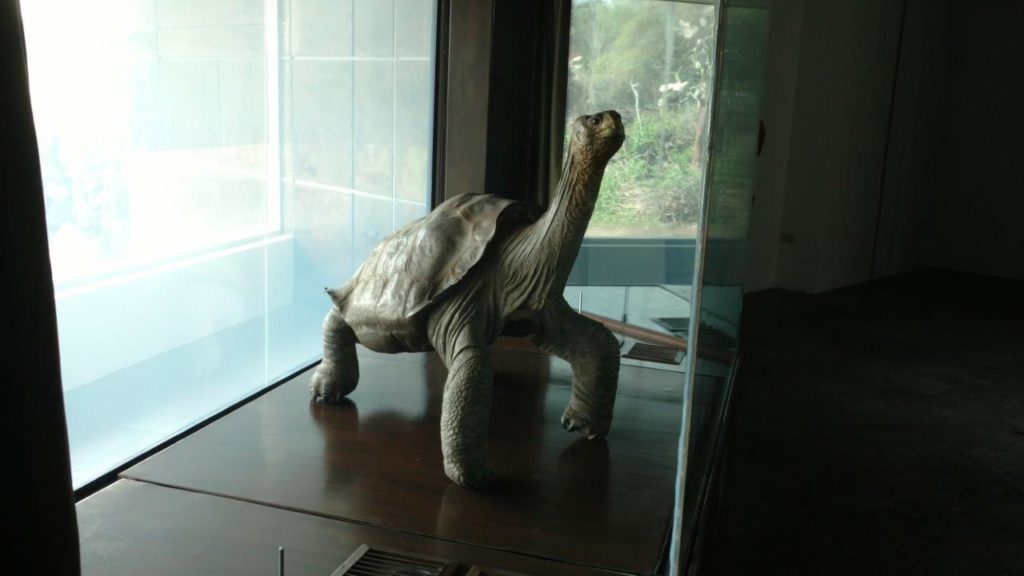 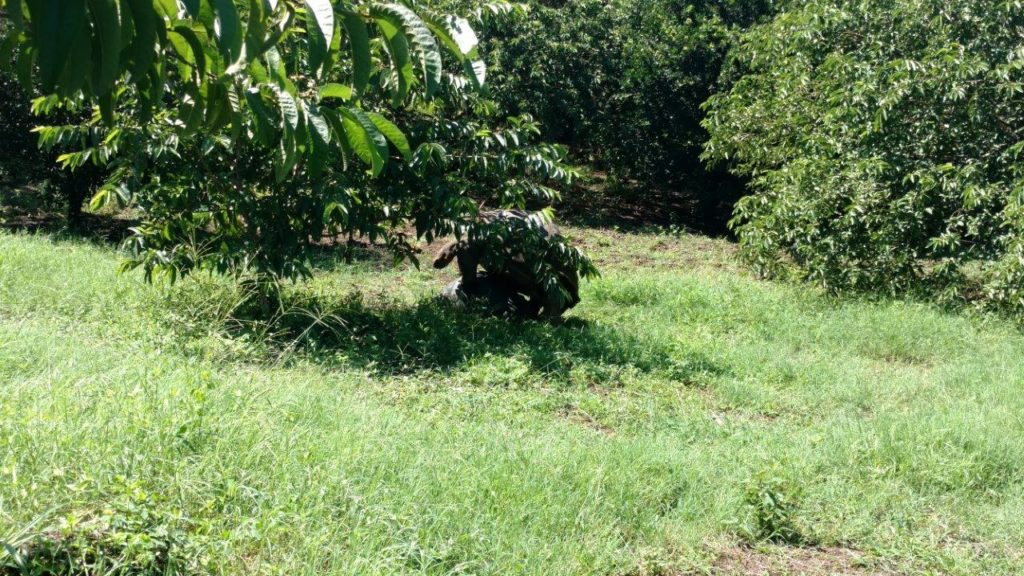 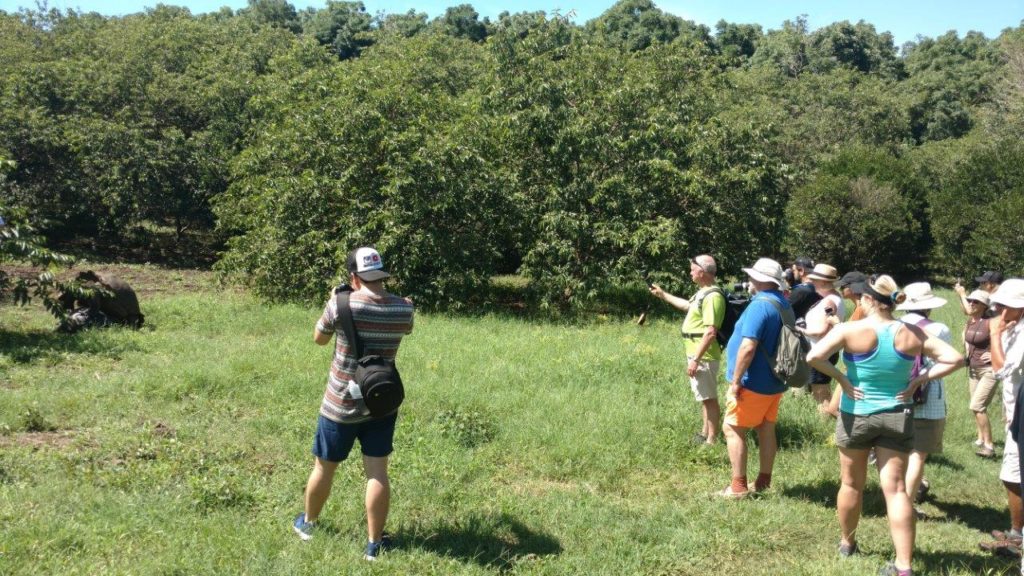 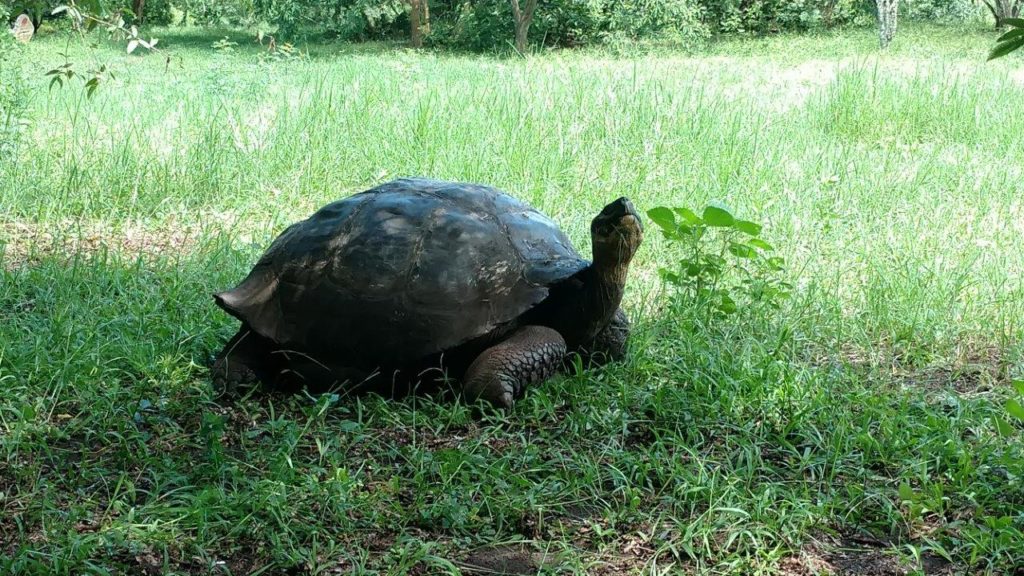 Santa Cruz is also home to a local celebrity sea lion, who has made himself at home at the island’s fish market. He stands at attention each day, particularly when the skin is being trimmed, as he knows how easy it is to find his next meal. 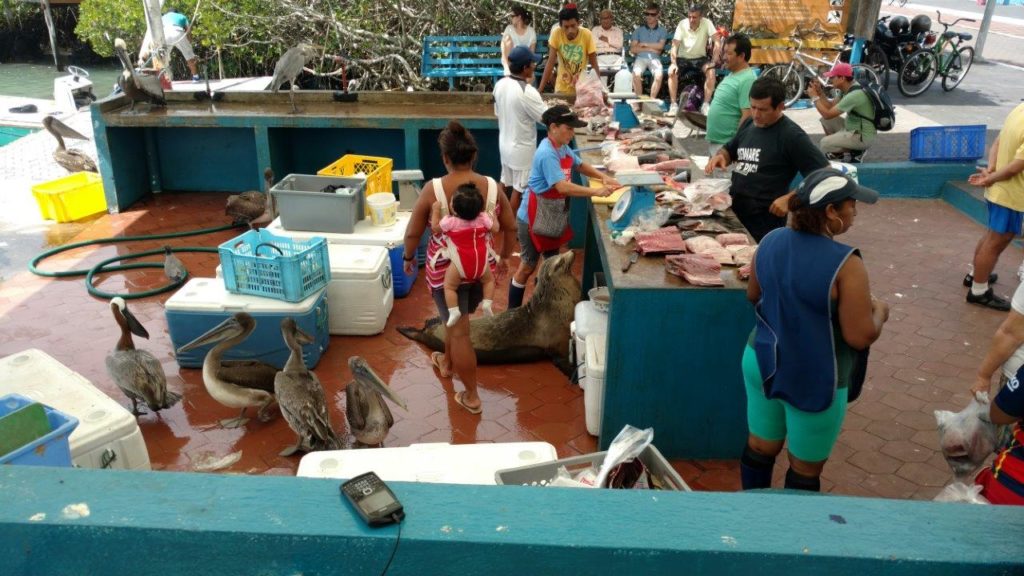 At the fish market in Santa Cruz, one local sea lion has learned the easiest way to get his meals:

While staying on Santa Cruz, we decided to take a day trip west to a second island, Isabela. Our time in Isabela was great, where a local boat tour took us around and we were able to see some incredible local penguins and blue-footed boobies. We even had time to walk through another tortoise conservancy, where another pair of tortoises were feeling the call of nature. 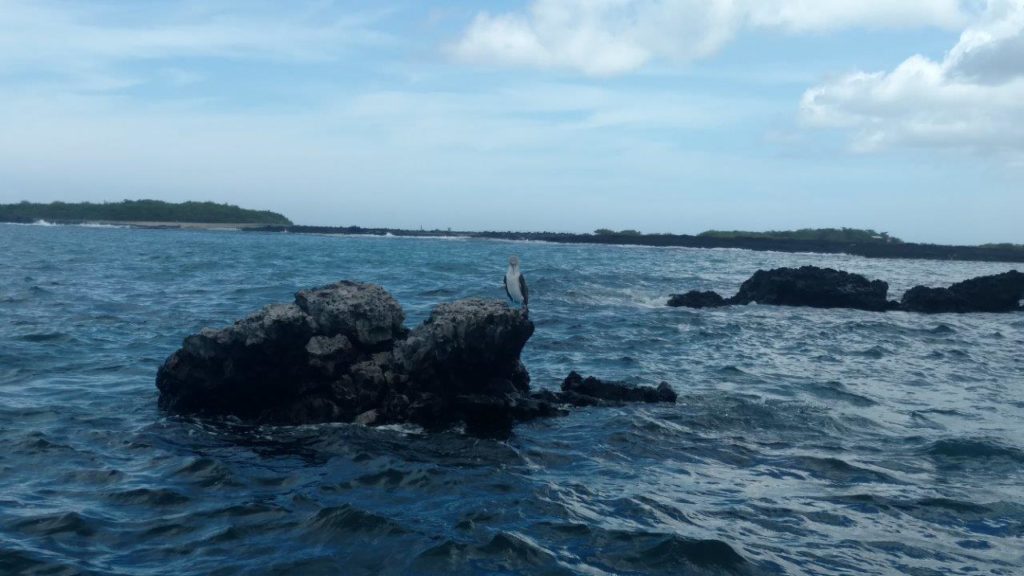 What an adorable (blue-footed) boobie! 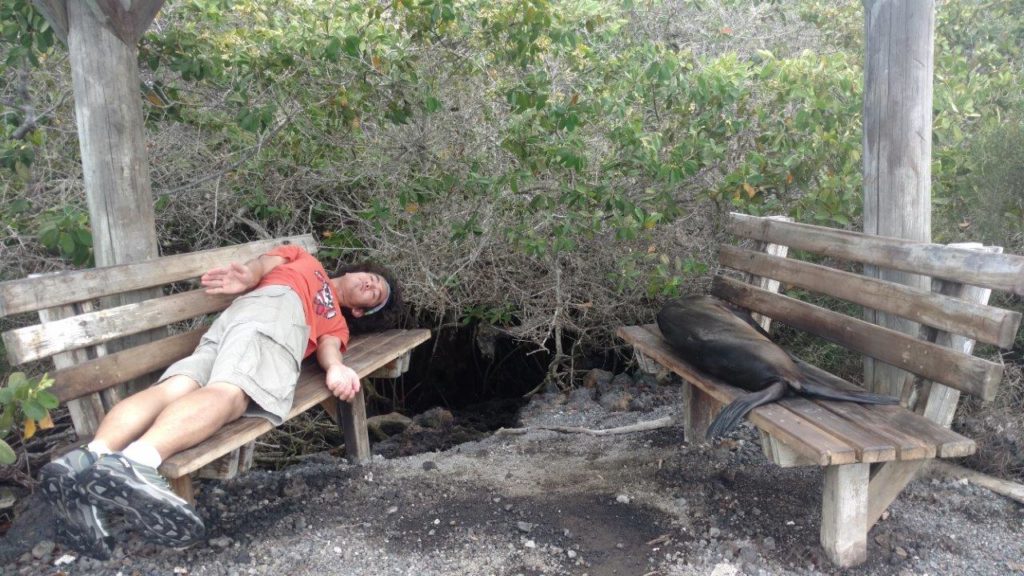 Doing my best sea lion impression. It’s not as comfortable as it looks! 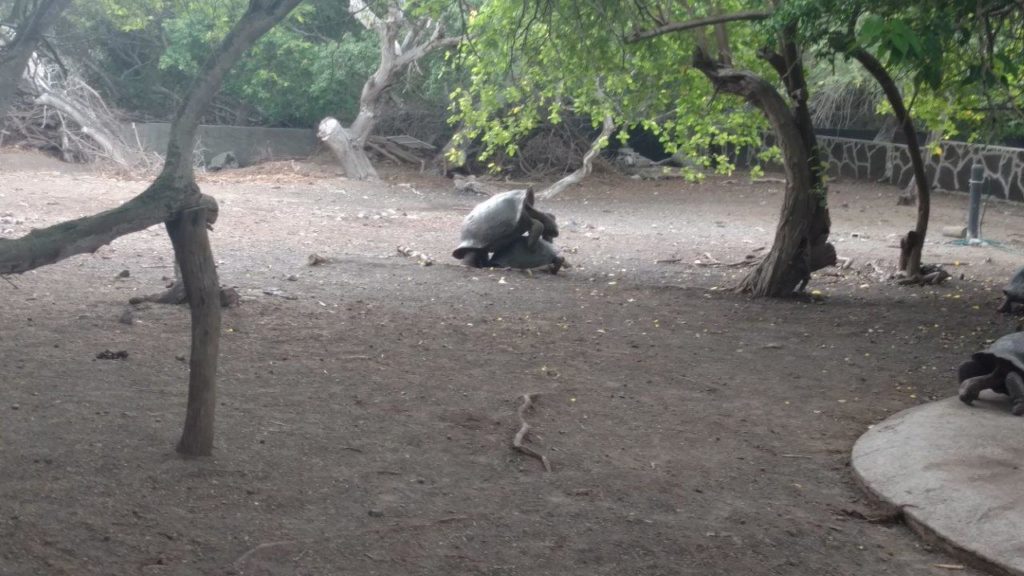 Natural urges at the Isabela Island center for tortoise conservancy 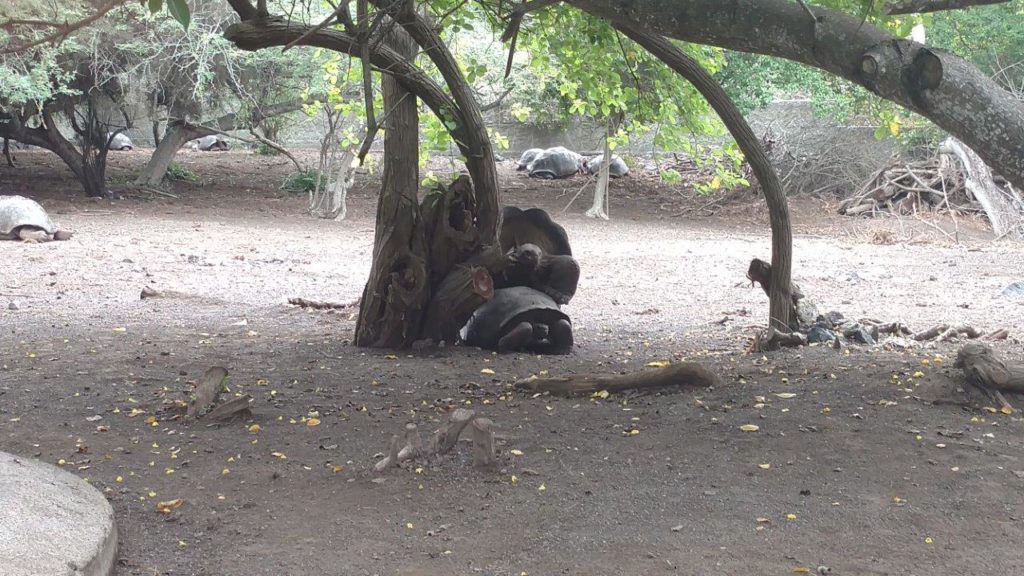 Another angle, just in case the tortoises had too much privacy to begin with.

Ending this day trip to Isabela Island came with a special treat for us. During our boatride back, we the incredible privilege of seeing dolphins playing in our wake, although I didn’t get the best video of it due to the number of people on our boat:

We did manage to see a third island while we were in the Galapagos, taking a ferry east to the island of San Cristobal. San Cristobal has the second of the two airports in the islands and is less populated than Santa Cruz, making for a more intimate Galapagos experience. We were planning to fly out of San Cristobal already, so we wanted to spend a few days there first to see what else the islands might have in store for us.

While sea lions were common on Santa Cruz and Isabela, they are downright EVERYWHERE on San Cristobal. 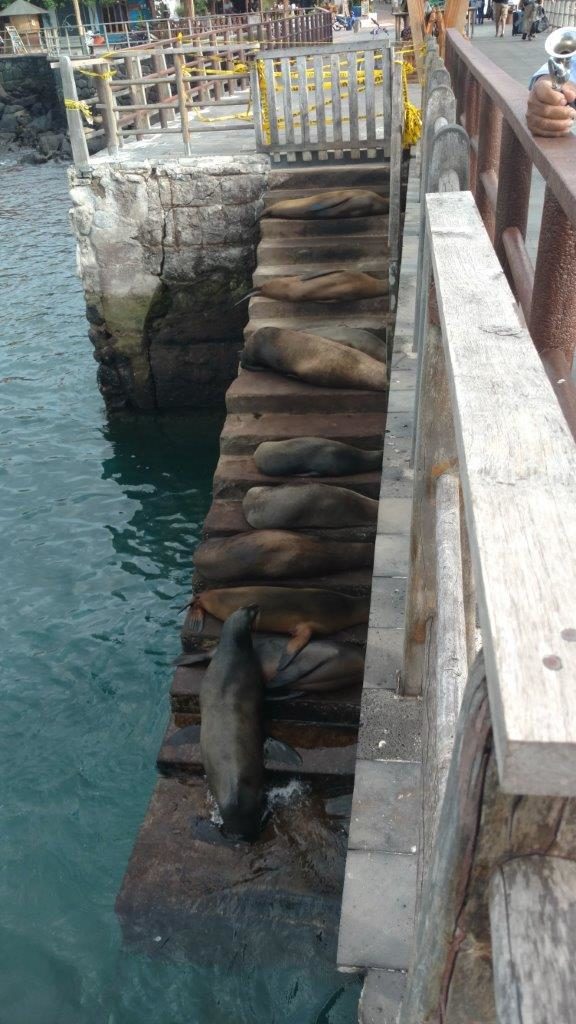 Sea lions have taken over these steps on San Cristobal Island

The sea lions everywhere are super cute, as long as you don’t have to smell them or hear them when they all start stirring at sunset:

Meanwhile, all of the rocky coastlines are dotted with birds and crabs just as much as they are with anything else, with everyone making their own home in their own little corner of paradise: 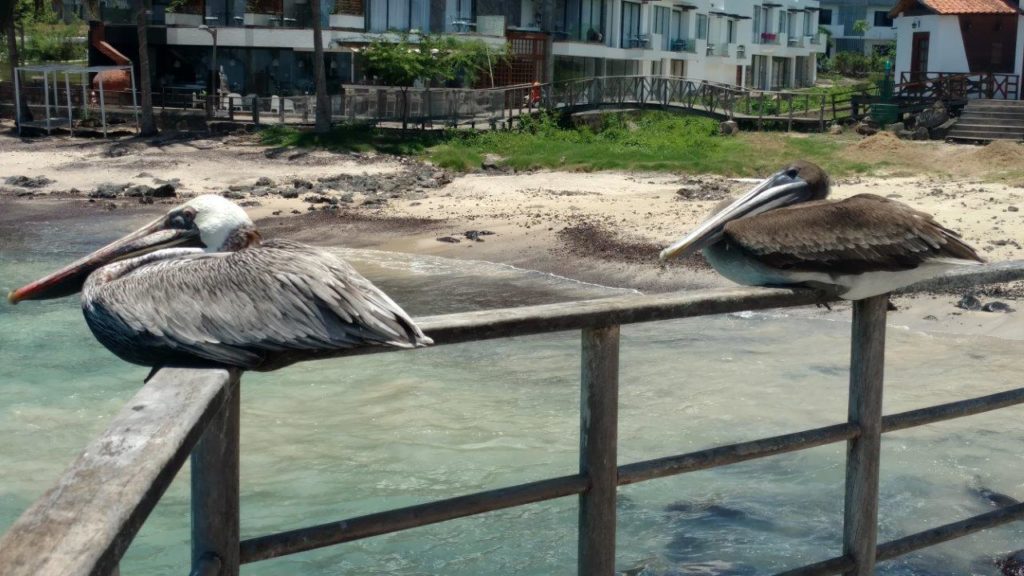 Small crabs were EVERYWHERE, just as much as the sea lions:

We finally left the islands on Saturday, March 25, six days after arriving, and it was definitely the experience of a lifetime. The Galapagos have so much life and natural beauty that just can’t be compared with anywhere else in the world. Until next time!