On Monday, April 3, we flew from Colombia to Panama. With only two days in Panama, we made it a priority to see the canal, and it didn’t disappoint. The sheer scope of the Panama Canal is mind-boggling. During its construction, so many workers died from poor working conditions that the project was halted temporarily. These days, Panamanians seem really proud to be such a gateway between the Atlantic and Pacific Oceans, and the canal contributes so much to the economy that it’s hard to imagine life without it. In 2006, Panama held a national referendum on whether it would be worth expanding the canal to add additional capacity for more and larger ships; it was approved by a vote of approximately 80%. (I can’t even recall the last election or referendum I’ve ever heard of with that kind of majority!) 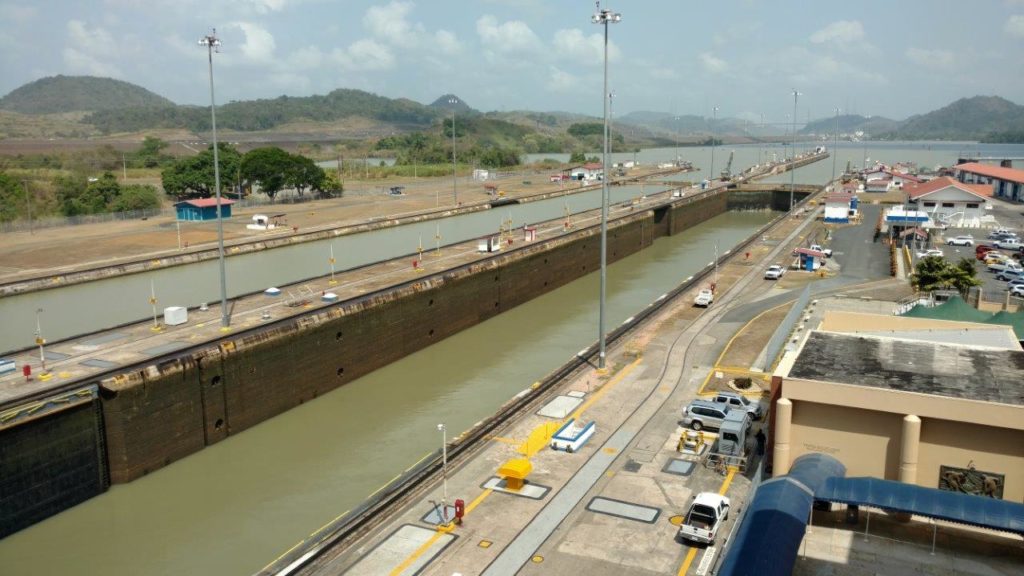 The empty canal is a thing of wonder, but more impressive are the ships that go through. 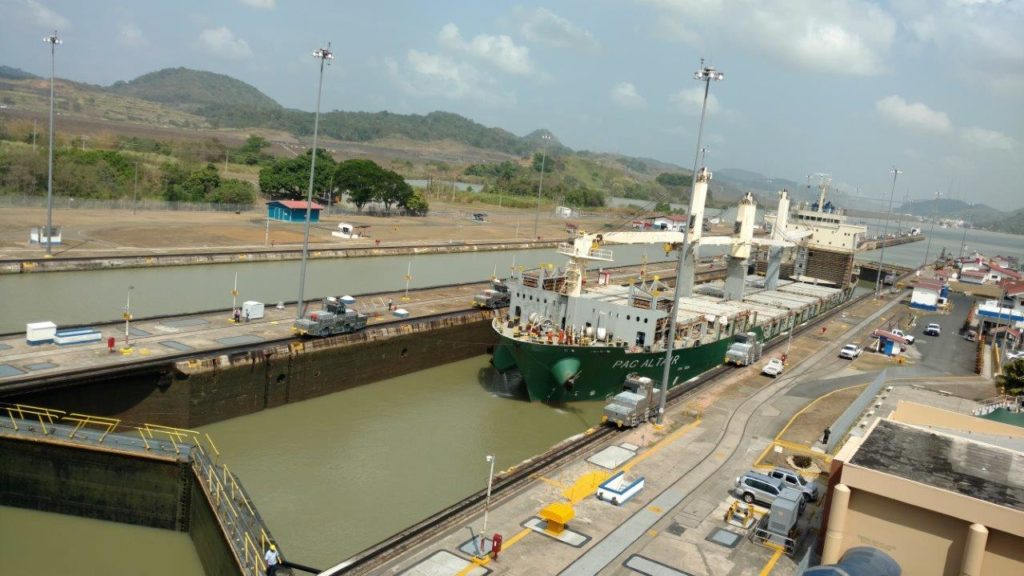 Note how small trains on the sides of the canal drag the boat through the canal for the sake of stability.

On Thursday, April 6, we headed north from Panama, to Costa Rica. We spent a few days in the capital San Jose, enjoying the things that come with large cities (including a great Korean restaurant we found). 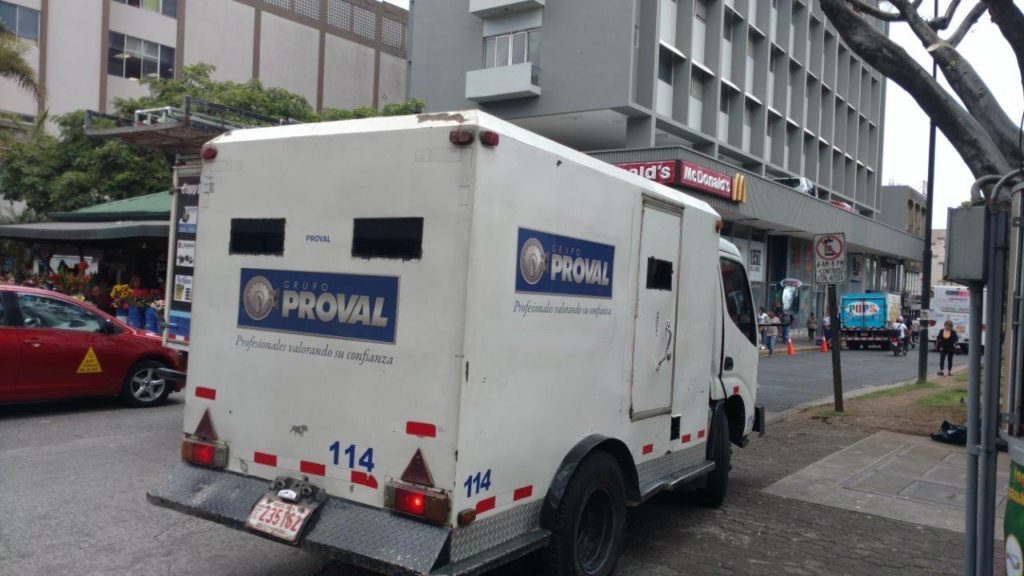 If any former coworkers are reading, check out the unexpected ProVal spotting in San Jose, Costa Rica! 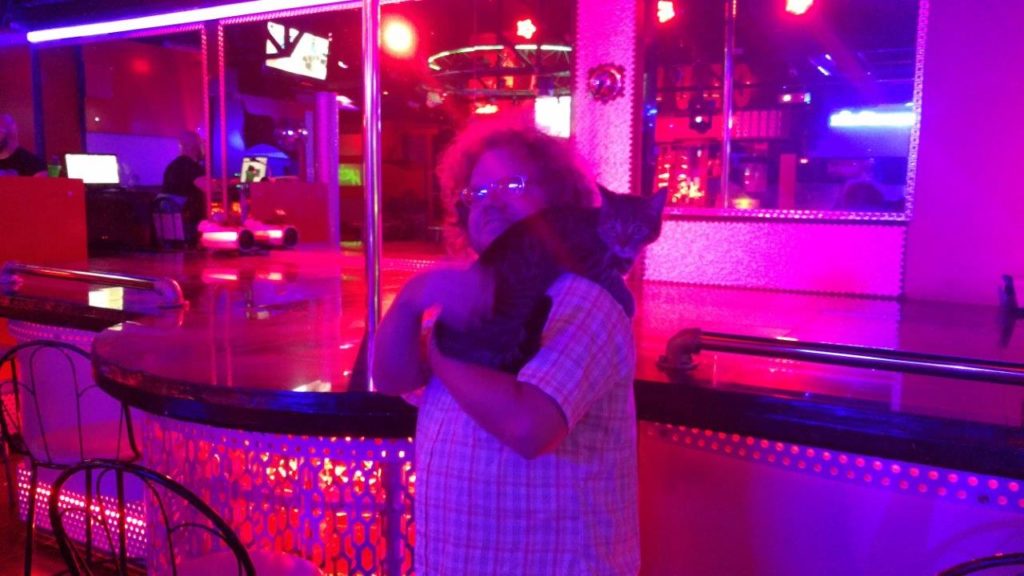 Local gay bar in San Jose had an adorable resident cat. He was affectionate enough to look for you after you put him down!

From San Jose, we headed west out of the city for a few days starting on April 9, to Monteverde. Monteverde is a tourist’s paradise, with plenty of hiking trails and lots of activities like ziplining and night tours available, although it wasn’t the easiest place to relax. At the hostel there, we met the most varied and diverse group of travelers ever: an Aruban, a Spaniard, a Welshman, a pair of Canadians, and more, all seeing Monteverde for the first time.

We had a great time hiking the trails there and seeing the various bird and frog observation spots, but the real highlight was a night tour we took through the woods, where we saw a sloth and all sorts of other nocturnal animals. Unfortunately, nighttime isn’t great for pictures, so you’ll just have to settle for these: 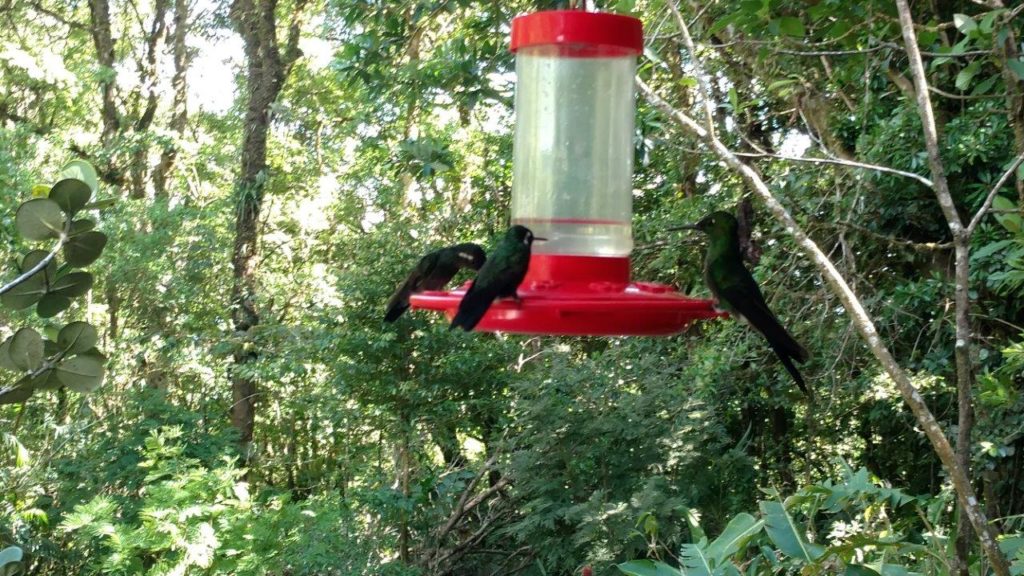 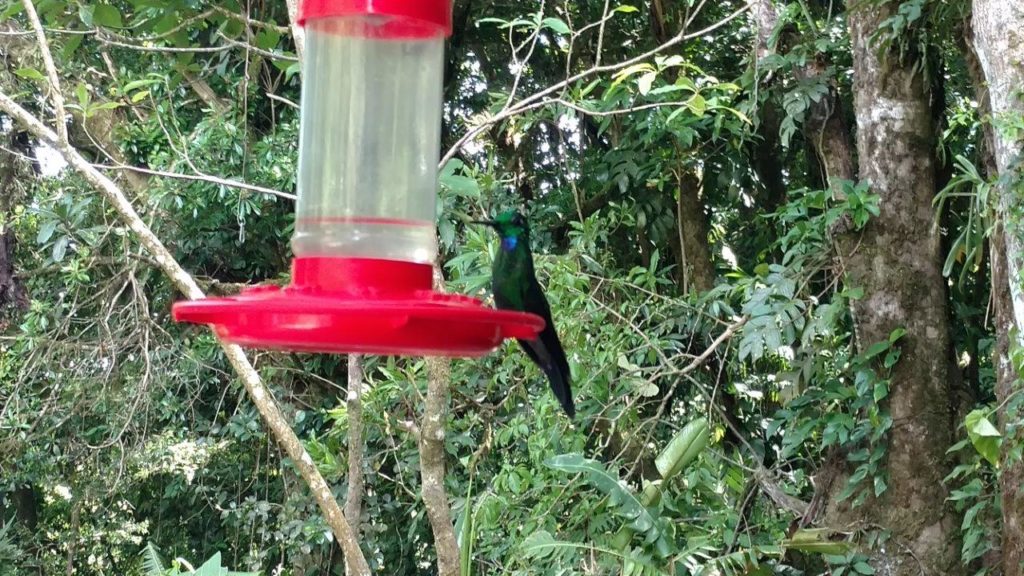 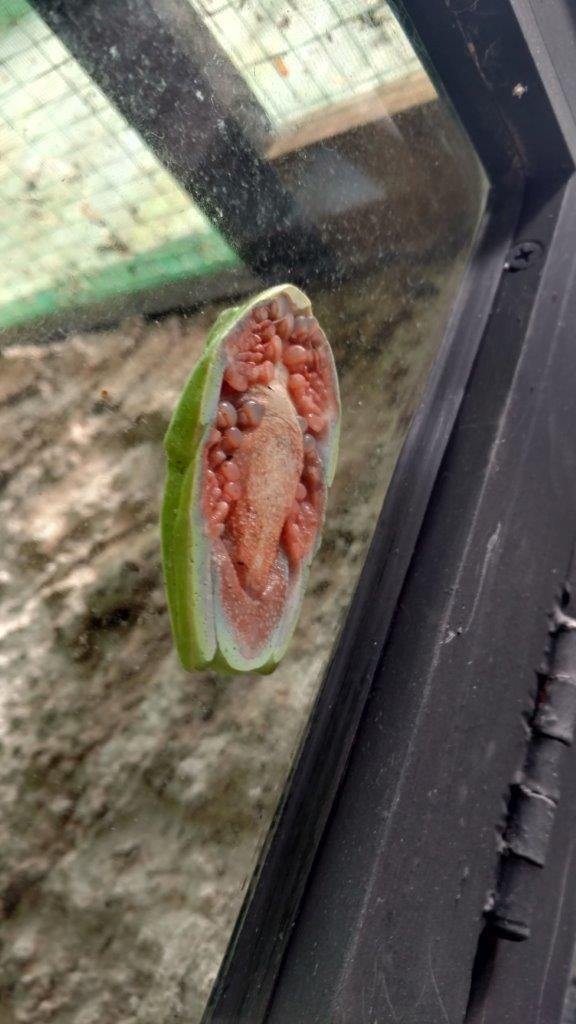 The underside of a frog, as viewed in Monteverde, Costa Rica. Look at all the suction under those feet!!

Thanks, Panama and Costa Rica, for all the memories! Side note: Costa Rica isn’t as affordable as many of the other countries we had been traveling through. The uptick of tourism has really increased prices, to both the benefit and detriment of locals. 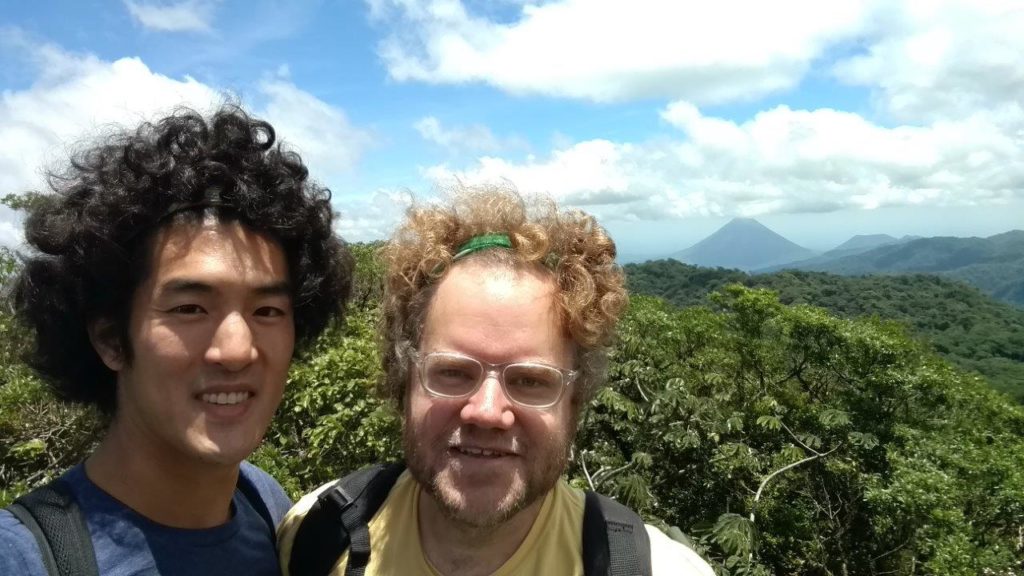