We left the small town of Tampere on Thursday, August 25 to head back to capital cities and spent a couple quick days in Helsinki, before catching a ferry south to Tallinn, Estonia.

Helsinki really struck me because its architecture and feel is so different from the rest of Europe. Finland was occupied repeatedly by Russia during its history, and its architecture is much heavier on concrete, featureless facades. 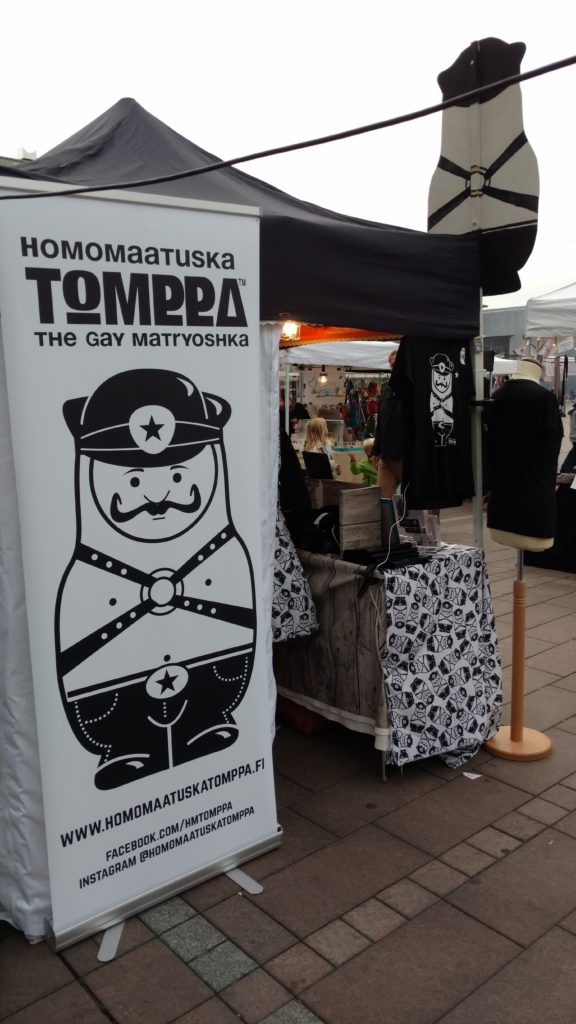 This street vendor reminded me of a few New York friends… 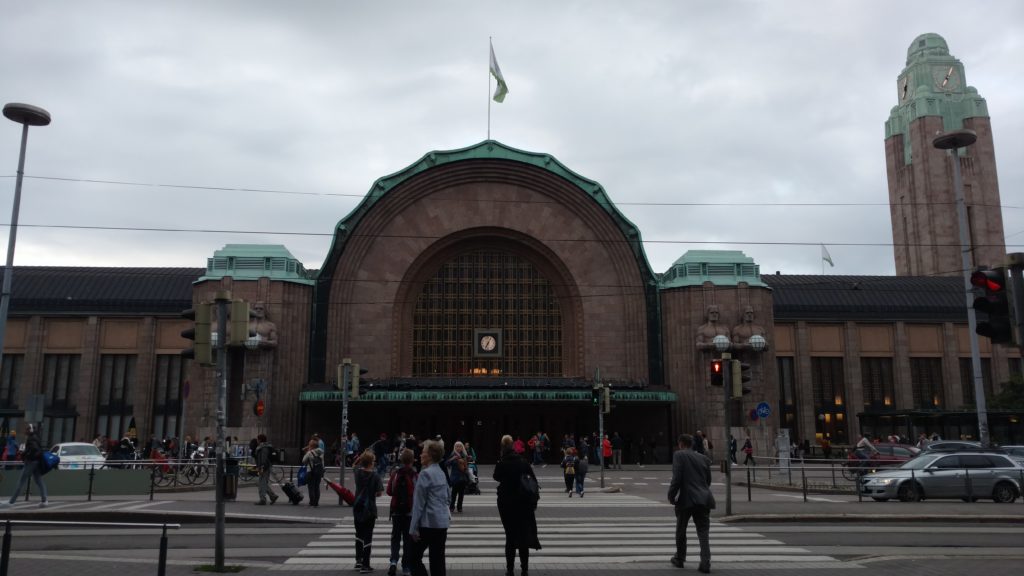 Helsinki main train station – less ornate than most of Europe! 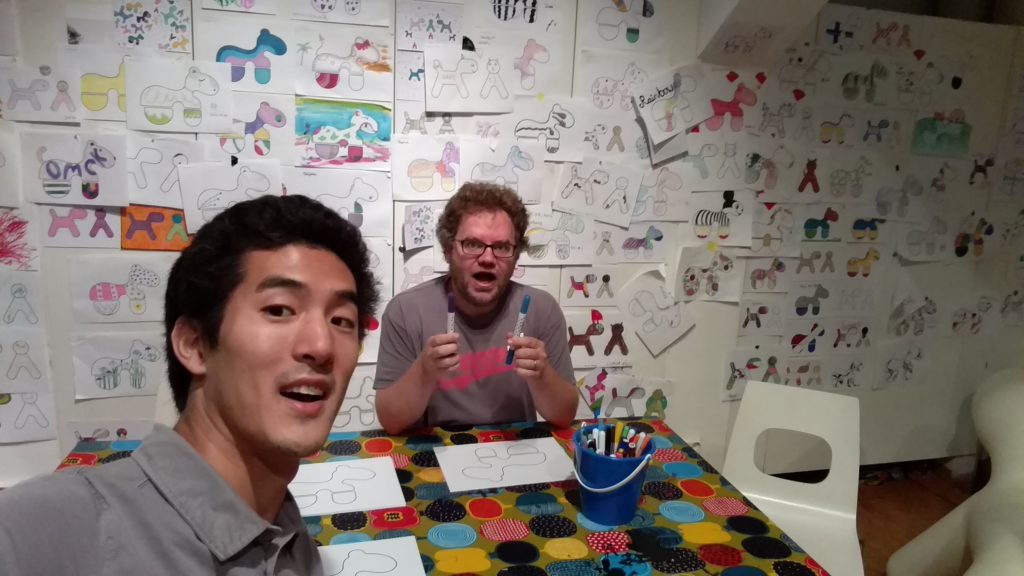 Helsinki Design Museum had a basement workshop geared toward kids, but we invaded 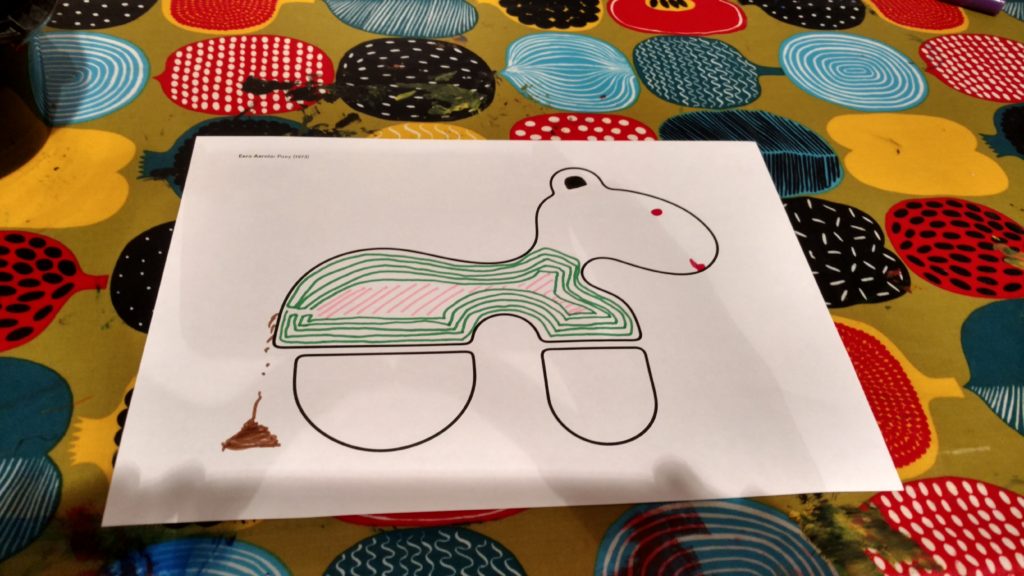 Look at the artwork I made!

On Saturday, August 27, we finally got the chance to leave the Nordic countries and headed south by Ferry to Estonia. Estonia was always one of those countries that sounded so far and mysterious, with us knowing next to nothing about it. It turns out that Estonia feels a lot more modern and western than we had ever expected! There’s a really bustling tourist scene, as their entrance into the European Union has made their tourism industry explode in popularity; meanwhile, they have a lot of modern tech companies, and even companies like Skype are based there! 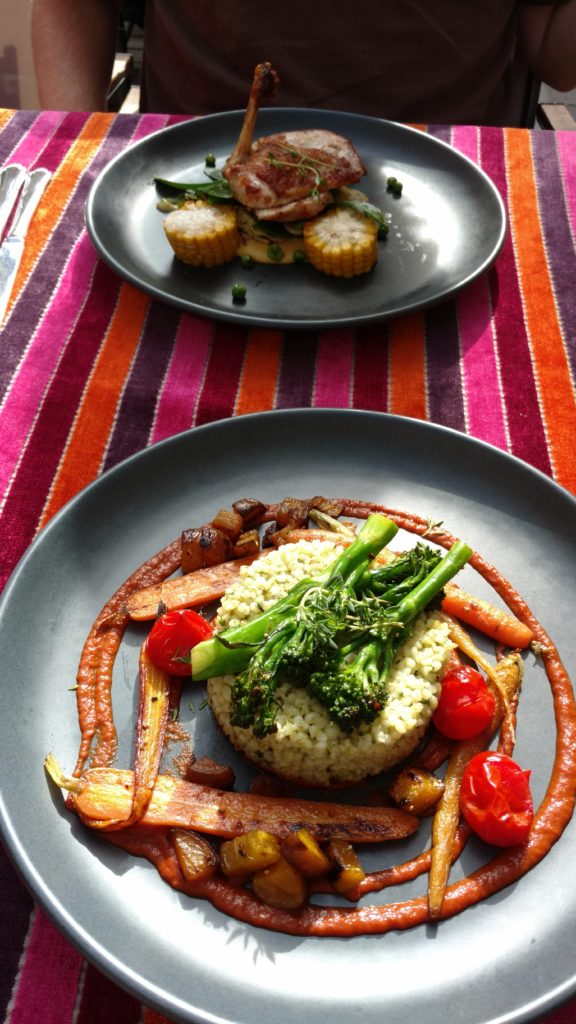 Tallinn had an incredible dining scene. We decided to splurge for lunch one day, and it was SO GOOD. 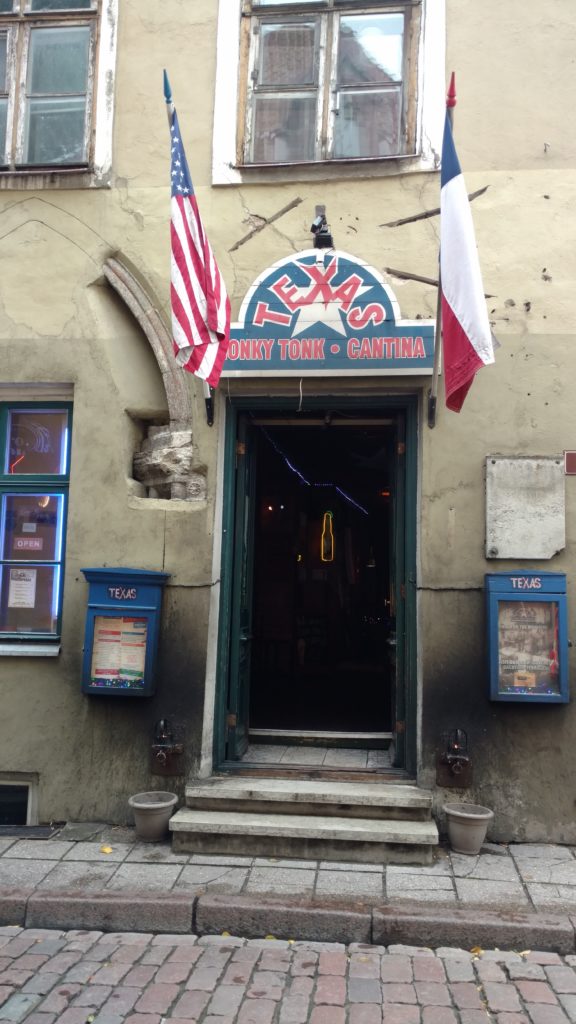 I should be impressed how far Texas sensibilities have come, yes? 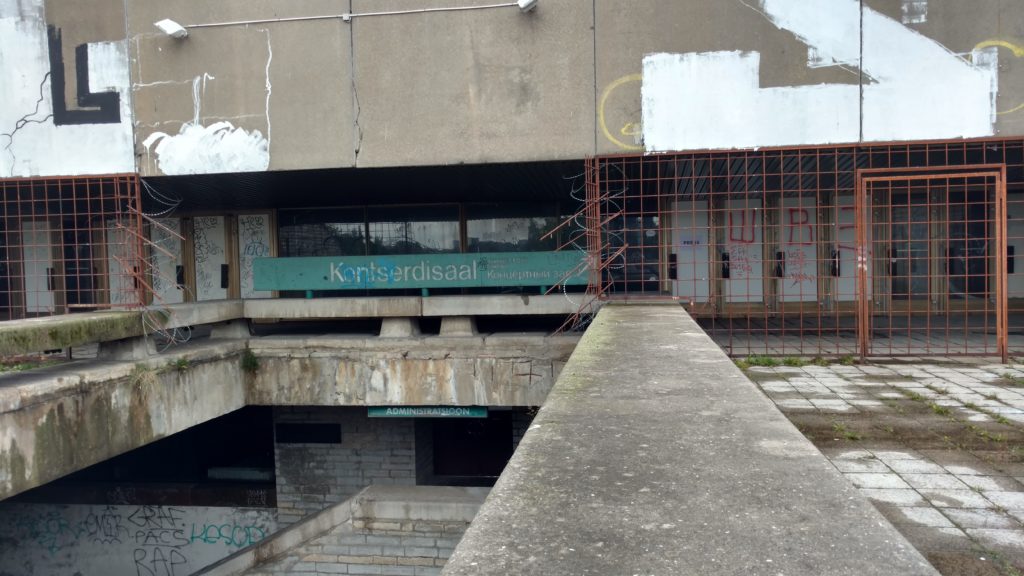 Estonia has an abandoned Olympic venue from 1980, and it’s a hipster paradise! 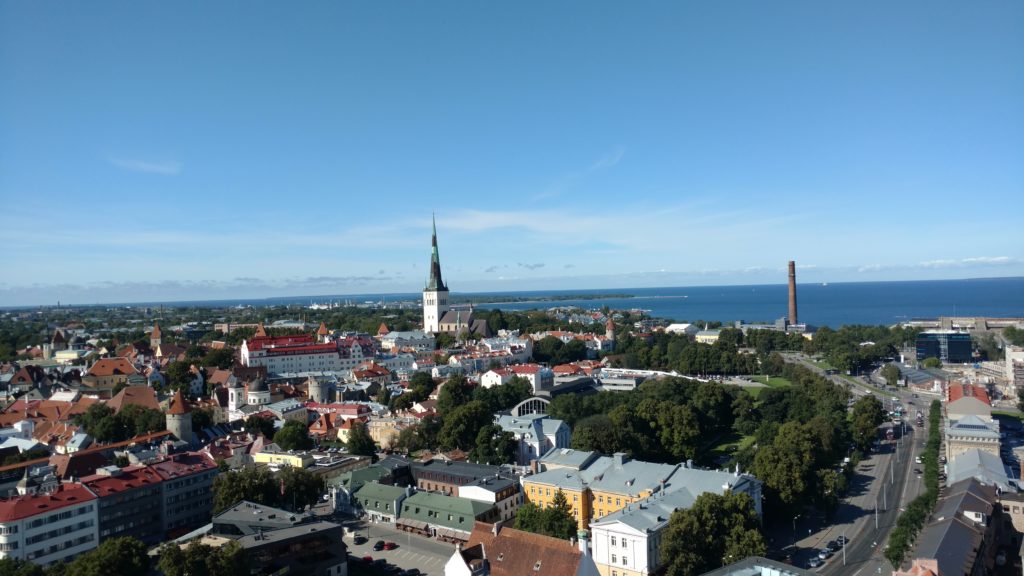 Tallinn, as viewed from the KGB Museum

After Tallinn, we spent some time going through the Baltic countries. More on that to come!